Altoids are a brand of breath mints with a distinctly strong flavor that come in metal tins that are handy for holding change or small items in a purse or pocket after the mints are gone. Altoids come in several flavors in regular and sugar-free varieties.

Are Altoids vegan, or should you look elsewhere when you want a refreshing mint? The answer is both no and yes.

Let’s look at the different Altoids flavors and ingredients to see which ones vegans should avoid. 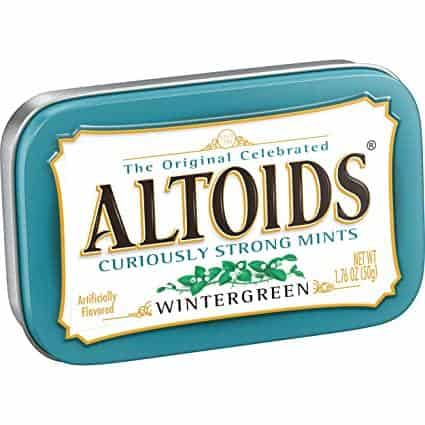 Are Altoids vegan if they come in the 1.76-ounce tin? No. You don’t need to read any labels on the original-sized Altoids. All varieties for sale in the standard size are not suitable for vegans.

The main ingredient that will cross Altoids off any vegan’s shopping list is gelatin. Some vegans also avoid products containing sugar because of how it’s processed.

Gelatin is a product made from collagen, which comes from boiling animal hides, connective tissues, and bones. The boiling process extracts the collagen, which manufacturers use to make gelatin. Though Altoids contain only a tiny amount of gelatin, it’s unquestionably an animal product in the mints. 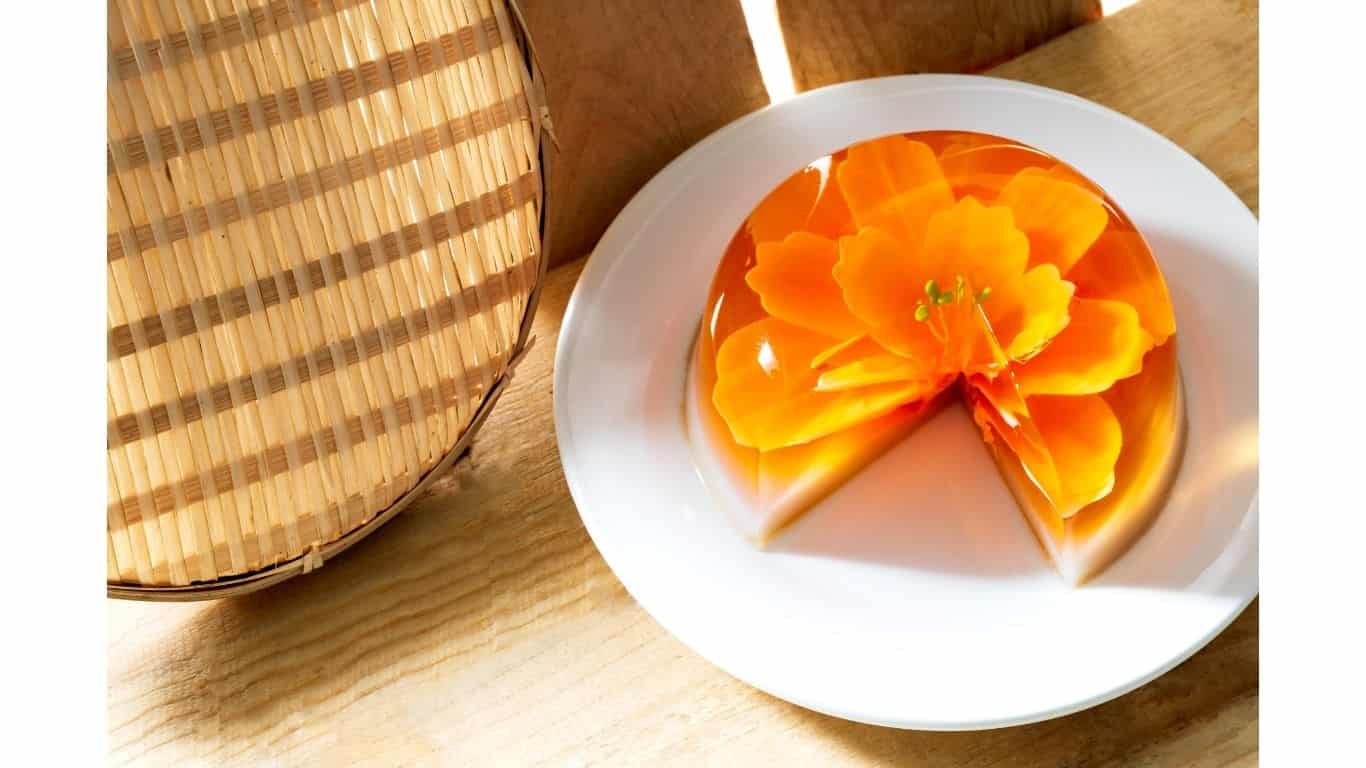 Original Altoids also contain sugar, which some strict vegans avoid. Most major sugar producers in the United States use bone char, a black carbon made from burning animal bones, to whiten sugar.

All Altoids also list “Natural and Artificial Flavors.” Companies can include animal-derived ingredients in this group, but it’s usually just a way for companies to keep their proprietary recipes safe. 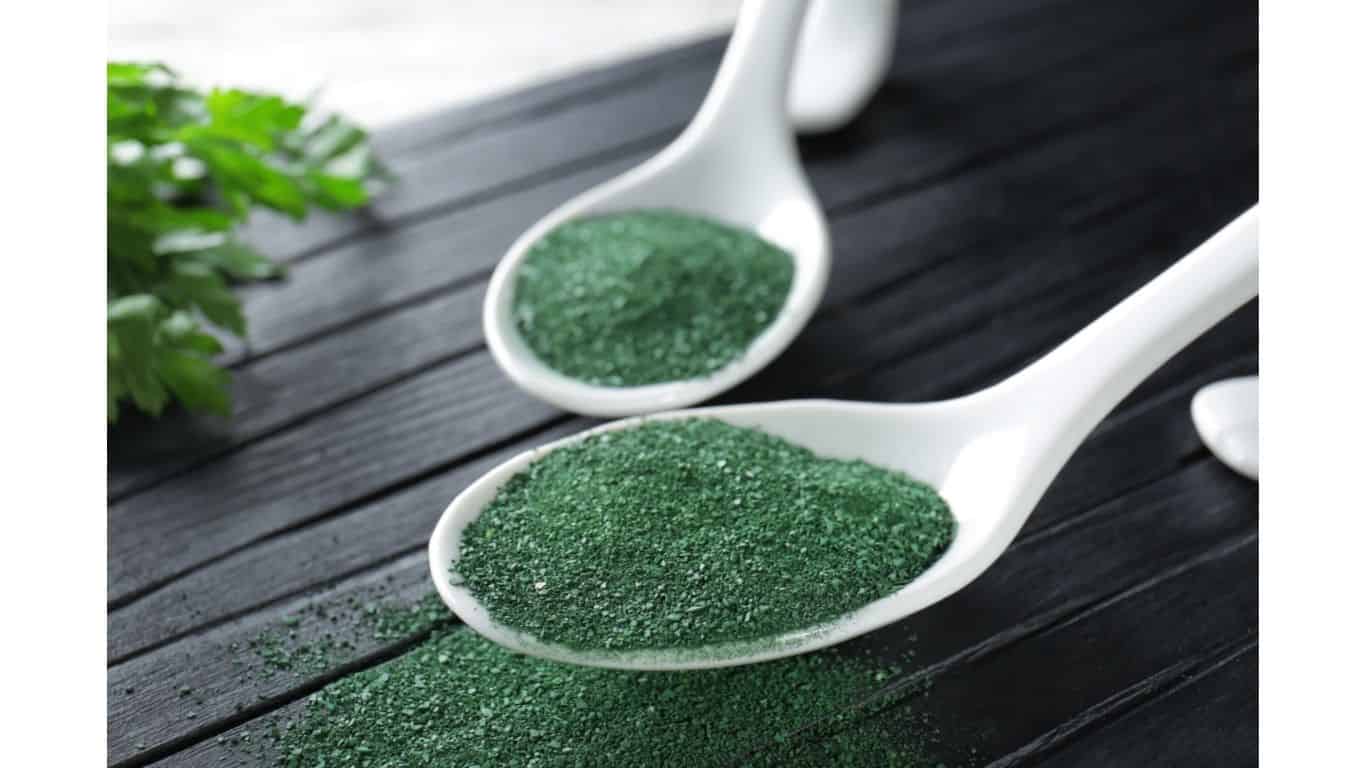 Are Altoids Vegan if They Don’t Contain Gelatin or Sugar? 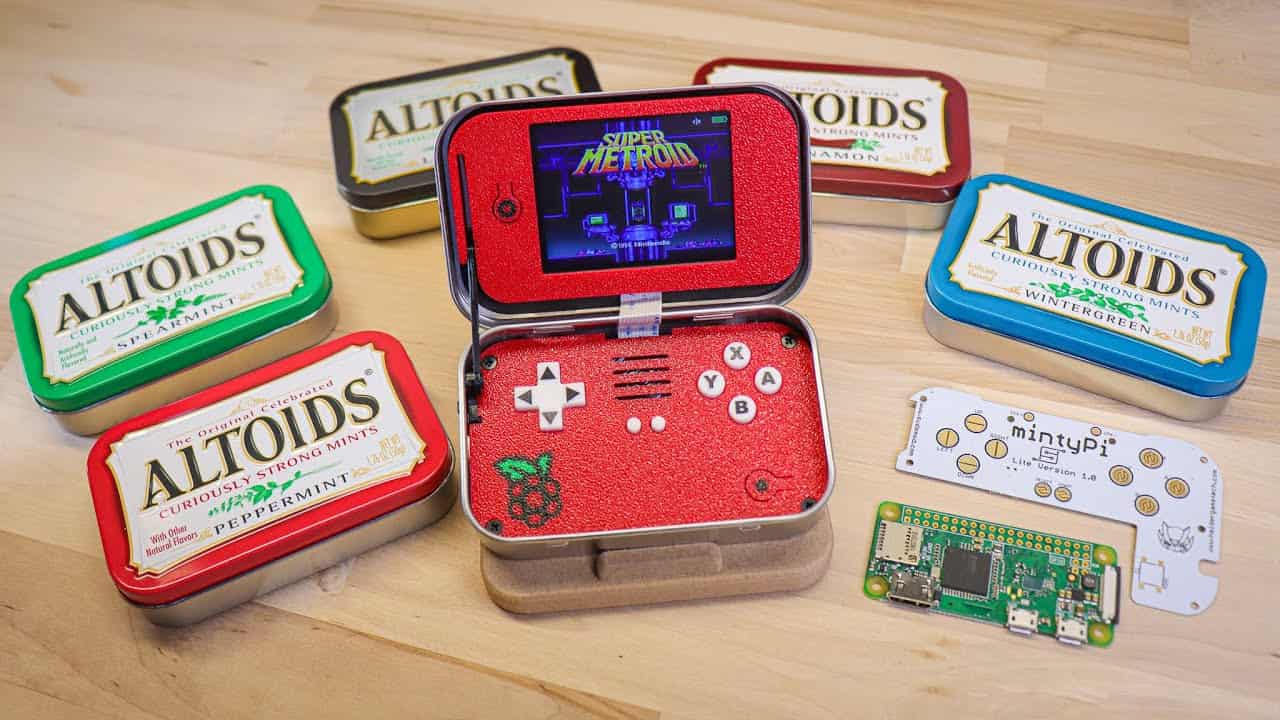 Altoids Sugar-Free Smalls come in 0.37-ounce tins in these flavors: 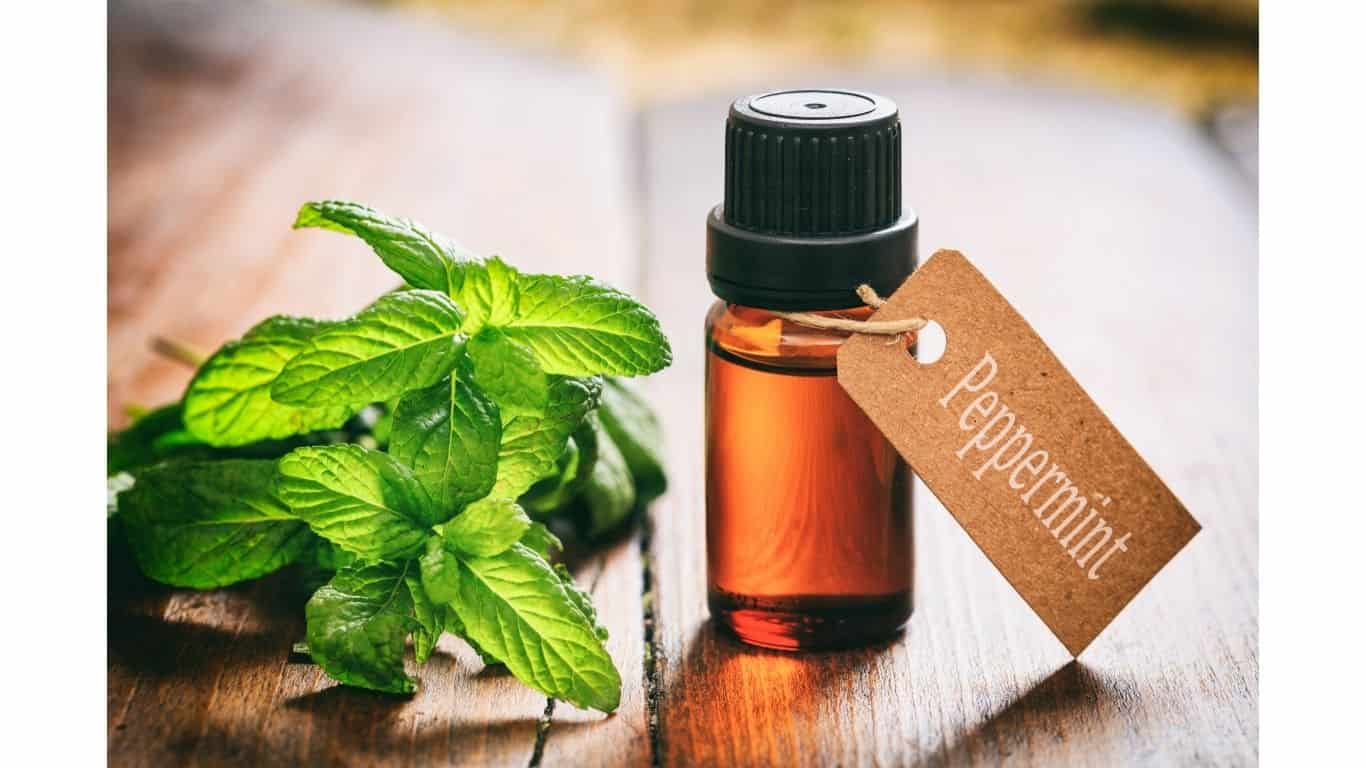 None of the sugar-free mints contain sugar or gelatin, but you might wonder, “Are Altoids vegan if they contain magnesium stearate?”

Magnesium stearate can be animal-based but is almost always vegan in food products.

The strictest ethical vegans probably won’t want to purchase sugar-free Altoids. These mints contain ingredients that were tested on animals, like artificial sweeteners.

What About Genetic Engineering?

Altoids sugar-free mints come with a message on the back of the tin: Produced With Genetic Engineering. This label does not mean the product isn’t vegan or vegetarian, just that at least one ingredient is a GMO or genetically-modified organism.

In this case, the GMO products could be artificial sweeteners. Genetically modified bacteria help create some sweetener brands, for instance.

While some people avoid GMO foods, the ingredients in sugar-free Altoids brands don’t contain any animal GMO ingredients and are safe for vegan diets. 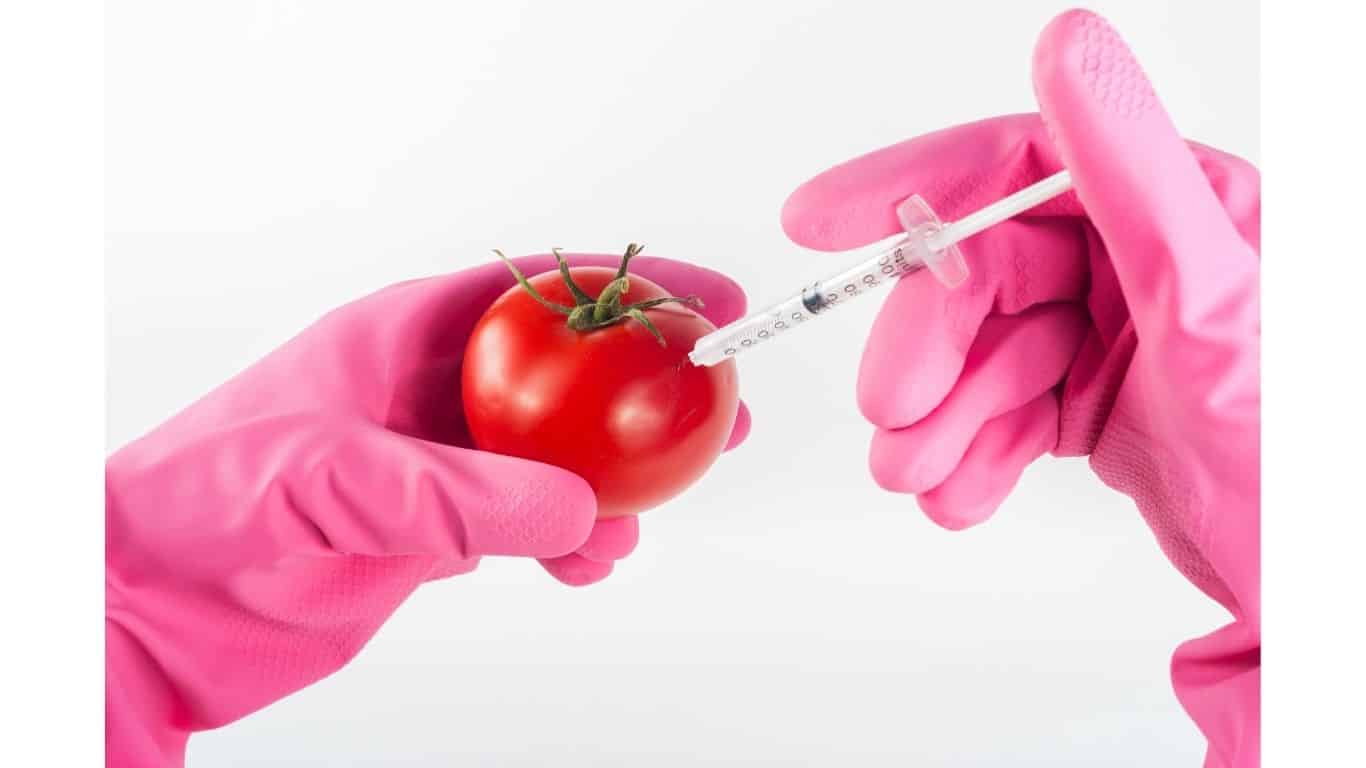 Here are some of the most frequently asked questions about veganism in regards to Altoids.

Are Altoids vegan if they contain ingredients that have been tested on animals?

Sugar-free Altoids are a vegan food product, which means they don’t contain animal-derived ingredients. The mints are not, however, a cruelty-free product because they contain ingredients that have been tested on animals.

Strict ethical vegans who refuse to use any product because of animal testing or that comes from a company that makes non-vegan products will want to avoid all varieties of Altoids and anything sold by Mars Wrigley.

What’s the difference between a vegan diet and ethical veganism?

Strict ethical vegans don’t eat anything animal-based and avoid purchasing products that exploit or harm animals. Many products like makeup, cleaning products, or food additives use animal testing that hurts and kills animals.

People who follow a strict vegan lifestyle won’t purchase anything with a history of animal exploitation, even if the end-product doesn’t contain anything derived from animals.

While someone following a vegan diet might also be an ethical vegan, some people focus on eating food that doesn’t contain animal products without considering other exploitation. Others fall somewhere in between those extremes.

Each vegan has to choose how strict to be when consuming food or purchasing products. The strictest vegans only buy from companies that make a point of exclusively producing vegan products. 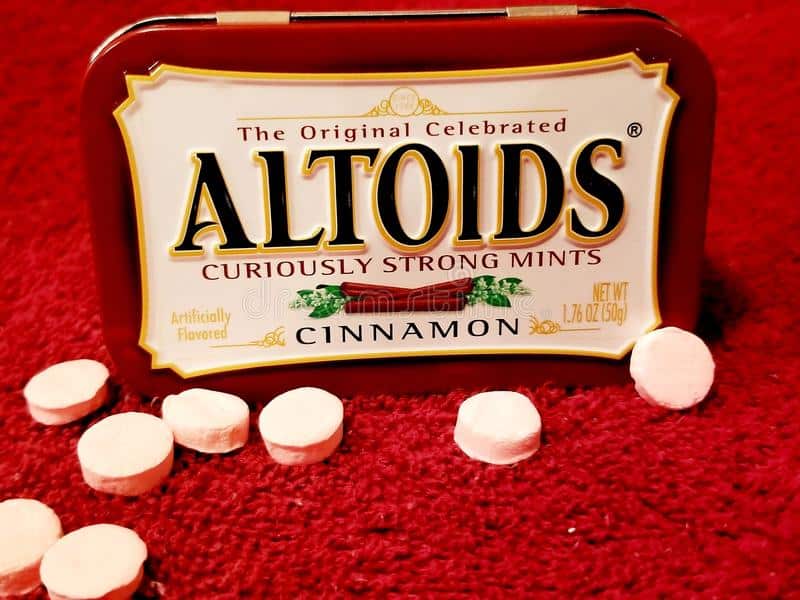 How can I tell if the natural and artificial flavors in Altoids are vegan?

Artificial flavors are vegan and generally derived from petroleum. Natural flavors can be vegan or vegetarian, or they can be animal-based. The company states that their natural flavors include peppermint oil, but they don’t disclose the other ingredients that fall into that category.

The likelihood is high that the natural flavors are vegan-friendly and only hidden to protect their formula.

Original Altoids are not vegan because they contain gelatin, an animal-derived product.

All Altoids sugar-free flavors, including their Arctic flavors and the Sugar-Free Smalls, are vegan because they don’t contain gelatin or any other animal-based products.

The strictest ethical vegans won’t find any Altoids products suitable, even the sugar-free versions, because they contain ingredients that are tested on animals. The mints also come from a company that sells many non-vegan products.

If you’re primarily concerned with following a plant-based or vegan diet, you can enjoy the sugar-free Altoids flavors.