The tastiness of Apple Jacks can be hard to pass up. Whether as breakfast food or a midday snack, they are a fun option. But for those who follow a vegan lifestyle, are Apple Jacks vegan?

No, Apple Jacks are not vegan. While many of the ingredients in Apple Jacks are vegan, some are not. The information below will better help you understand what components are acceptable for a vegan diet and which ones aren’t.

As is the case in all areas of life, some abide by vegan standards more strongly than others. Because of that, some may consider Apple Jacks to be vegan because the ingredients that would disqualify the cereal are in a gray area when it comes to the vegan diet.

Most of the ingredients contained in Apple Jacks are vegan. However, several fall into an area that those who are very strict in veganism do not consume. Therefore, while eating and enjoying Apple Jacks is okay for some vegans, it isn’t for all.

Let’s take a deeper look at each ingredient in the Apple Jacks cereal. 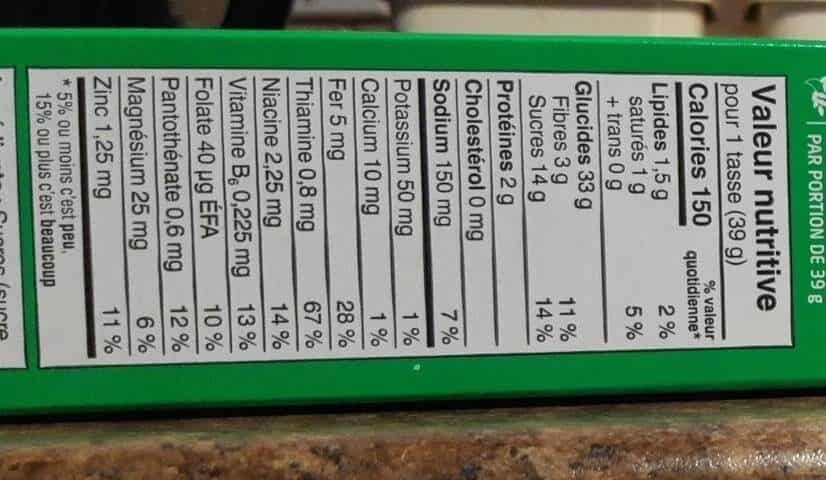 The cornflour blend that Apple Jacks has includes whole-grain yellow corn flour and yellow corn flour. Both of these items are safe for vegans to consume and are part of several different types of cereals. One of the ingredients in Apple Jacks that is safe for vegans is vegetable oil. As one of the items on the acceptable list, vegetable oil contains a combination of: These ingredients contribute to the substance of the cereal shape. All of the components that bring the famous appearance to fruition are considered acceptable for vegans.

Sugar is one of the gray areas when it comes to ingredients that are acceptable for vegans to consume. The reason for this being in the gray area is due to the additives within many types of sugars sold at stores.

While some sugars, typically those of the organic variety, do not have this additive, others get their bright white color because of an ingredient called bone char. Bone char isn’t accepted across the board in veganism.

The problem with sugar is that you can’t always tell if bone char is included in the specific recipe and blend. Therefore, it can be hit or miss as to whether or not that particular sugar contained in the Apple Jacks recipe contains the bone char or not.

Yellow 6, Yellow 5, Red 40, and Blue 1 dyes contribute to the flavor of Apple Jacks. All of them are artificial.

While artificial flavors are not typically an issue in and of itself because they are created without animal byproducts, recent years have seen a spike in the testing of artificial ingredients on animals.

With this change, many vegans have turned away from being tolerant of the utilization of artificial ingredients. The main problem lies in that, like sugar, it is not always possible to know if the included artificial flavors have been ones that have been tested on with animals.

Those who do not follow vegan standards for their daily diet often don’t think twice about adding Vitamin D3 to their food. However, many vegans take issue with incorporating lanolin in the Vitamin D3 used in cereals.

Lanolin is derived from sheep and is the grease and protective barrier used within sheep’s wool. Because of that, it is considered an animal byproduct.

However, the issue lies in the same arena as artificial flavor and sugar. While lanolin is used in Vitamin D3 for cereal, companies don’t always add it to other foods. Therefore, you don’t know if you are getting the lanolin or not. Many questions can come up when considering which foods are safe to eat while participating in a vegan lifestyle. Below are some of the most frequent.

Are there pure vegan versions of Apple Jacks?

No, there is no separate version of Apple Jacks that is entirely vegan. However, other brands of cereal have products similar to Apple Jacks. One of the closest in similarity is Cascadian Farm Organic Fruitful O’s.

While healthier options are available for a bowl of breakfast cereal or daytime snack, some are much worse than Apple Jacks. While Apple Jacks aren’t healthy, they aren’t the worst choice.

Vegans eating Apple Jacks will be dependent on how strict they are with their vegan lifestyle. When you consume questionable ingredients, you aren’t always 100% sure that you are getting the correct type of sugar, flavor, or vitamin D3.

For those who are strict in their veganism following, it wouldn’t be acceptable to consume a product without knowing for sure. However, if you are a more lenient vegan, having Apple Jacks with the gray area elements may not be an issue. 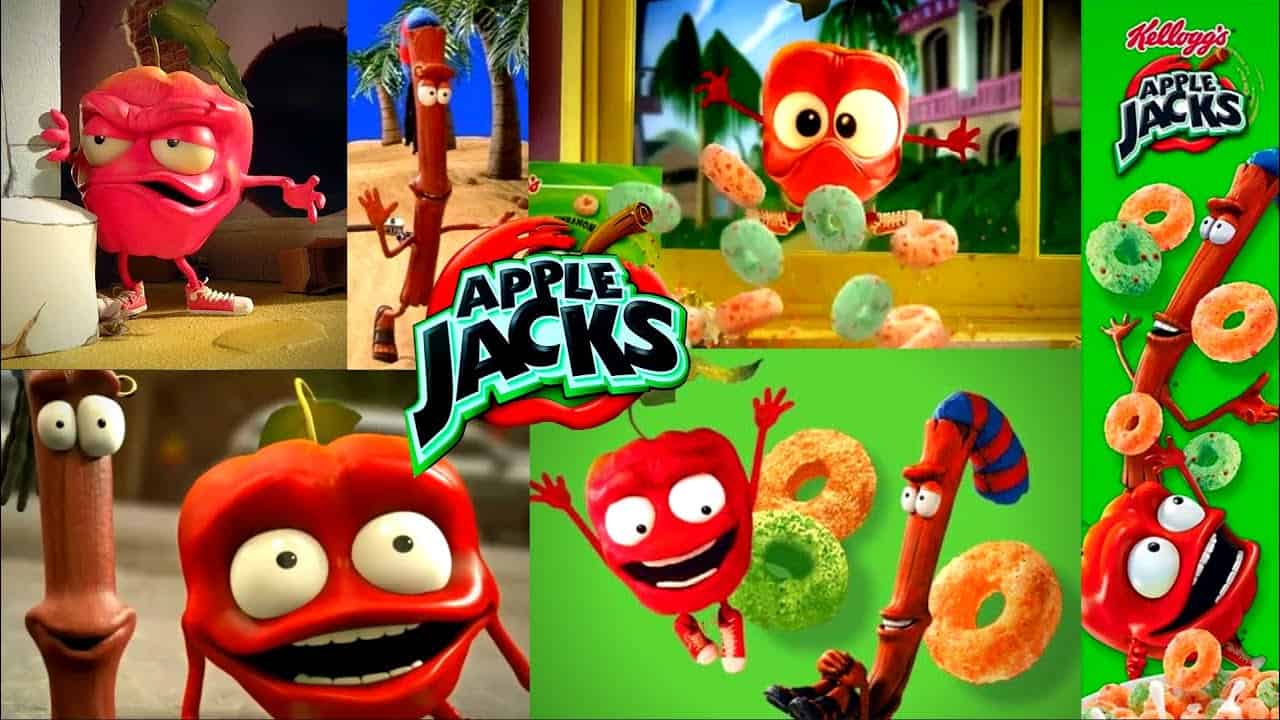 Yes, Apple Jacks are dairy-free. They don’t contain any type of milk, lactose, or dairy ingredients. No, Apple Jacks are not gluten-free. They contain several different types of gluten-inclusive ingredients.

As is the case for vegans, this will depend on how strict the vegetarian is in their dietary lifestyle. While some vegetarians are okay with consuming Apple Jacks, others feel that it violates the boundaries that have been established ingredient-wise. 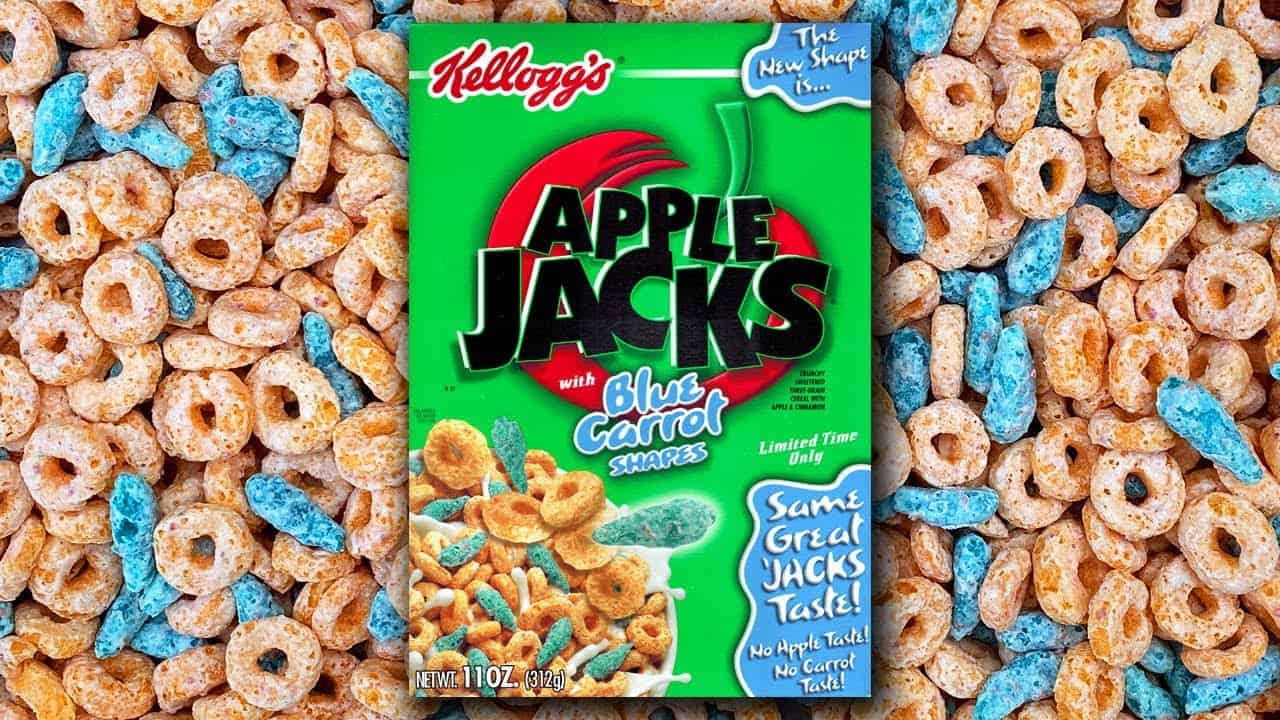 Many people worldwide love Apple Jacks, and because of such, they can be hard to pass up. You can enjoy this cereal as breakfast food or a midday snack. So for those who follow a vegan lifestyle, are Apple Jacks vegan?

Welcome! Practical Cooks is the place for curious foodies. We are your one-stop shop for food and cooking questions, tips and guides!