Few of us would assume that anything with “bacon” in its name might be vegan, and we’d be correct in most cases.

Any brands that contain real bacon bits or bacon pieces are not vegan. The good news is that many brands of imitation bacon bits are accidentally vegan.

Most bottles and pouches of imitation bacon pieces are free of animal ingredients and qualify as vegan and vegetarian.

Some vegans who avoid anything tested on animals may still not want to consume imitation bacon bits that use artificial coloring.

However, as you’ll see below, the most popular and easy-to-find imitation bacon bits brands don’t contain animal products and are safe to include in a vegan diet.

What Are Bacon Bits Made From?

Any products that say “real bacon” on the packages are pork bacon that the manufacturer cured, cooked, and dried. This process reduces the moisture level enough to keep the food safe while it’s sealed.

Once real bacon pieces are exposed to air, you need to refrigerate them to keep them from spoiling. 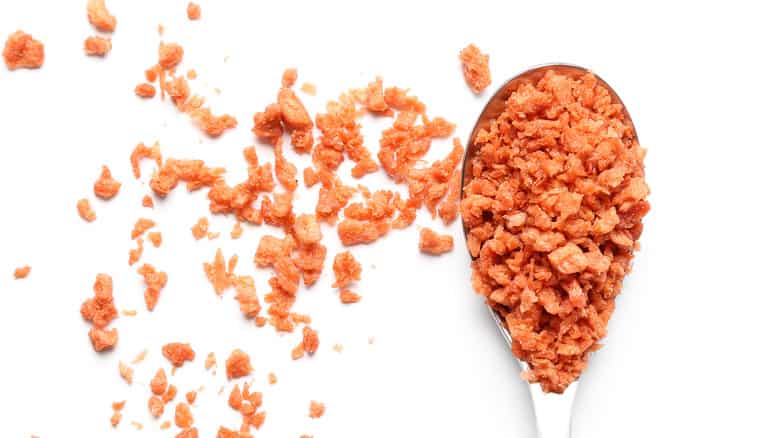 How to Tell if Bacon Bits Are Vegan

Any brand that says it contains real bacon is not vegan. Other brands that use terms like “imitation bacon” or “bacon-flavored” don’t come from real bacon, but the only sure way to determine whether the product is vegan is to read the label.

Three of the most popular brands of imitation bacon bits include McCormick, Badia, and Frontier.

You can probably find these brands in your local grocery store, so let’s look at the ingredients they contain.

Most stores carry McCormick spices and products, so you can probably find these imitation bacon bits at all but the smallest groceries.

The ingredients of this product and most other imitation bacon bits include soy flour, oil, salt, coloring, and flavor enhancers that may or may not be listed.

You might wonder, “Are bacon bits vegan if they contain maltodextrin and lactic acid?” Both ingredients might sound questionable to you, especially lactic acid, which sounds like it might be related to lactose, which comes from milk.

Lactic acid has nothing to do with lactose but comes from the fermentation process of foods like beets and corn. Food companies add lactic acid to increase the shelf life of some foods.

While lactic acid can come from dairy fermentation, it’s almost always vegan when added to a non-meat or non-dairy product. Corn and beets are cheaper than milk, so most additive versions come from these products. 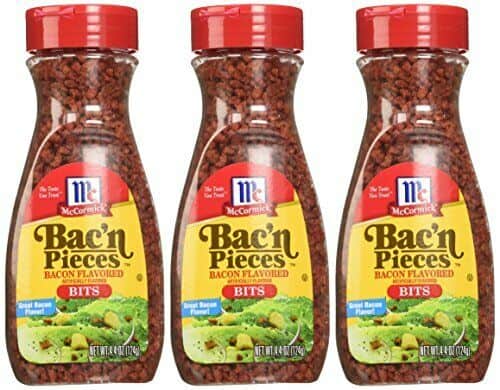 Maltodextrin is a white powder made from plant sources. This ingredient is used for thickening and binding and serves as a preservative to enhance shelf life.

Disodium inosinate and guanylate are plant-based and considered suitable for vegans and vegetarians. They can come from animal sources, but this is rare. Most manufacturers use plant-based sources.

The FD&C Red 40 provides the color. This color is a vegan product because it doesn’t contain animal products. However, not all vegans want to consume it.

The FD&C Red 40 coloring, like all artificial colorings, is regularly tested on animals.

Some strict ethical vegans who avoid anything that involves cruelty will probably want to avoid any foods that include artificial food dyes and colorings.

The ingredients in Badia’s product are similar to those in McCormick’s. The main difference is the addition of dextrose, fewer ingredients listed overall, and two food dyes.

Dextrose is a plant-derived sweetener. Sometimes bone char is used for whitening, but when dextrose is an ingredient in an otherwise vegan or vegetarian product, this isn’t usually the case. 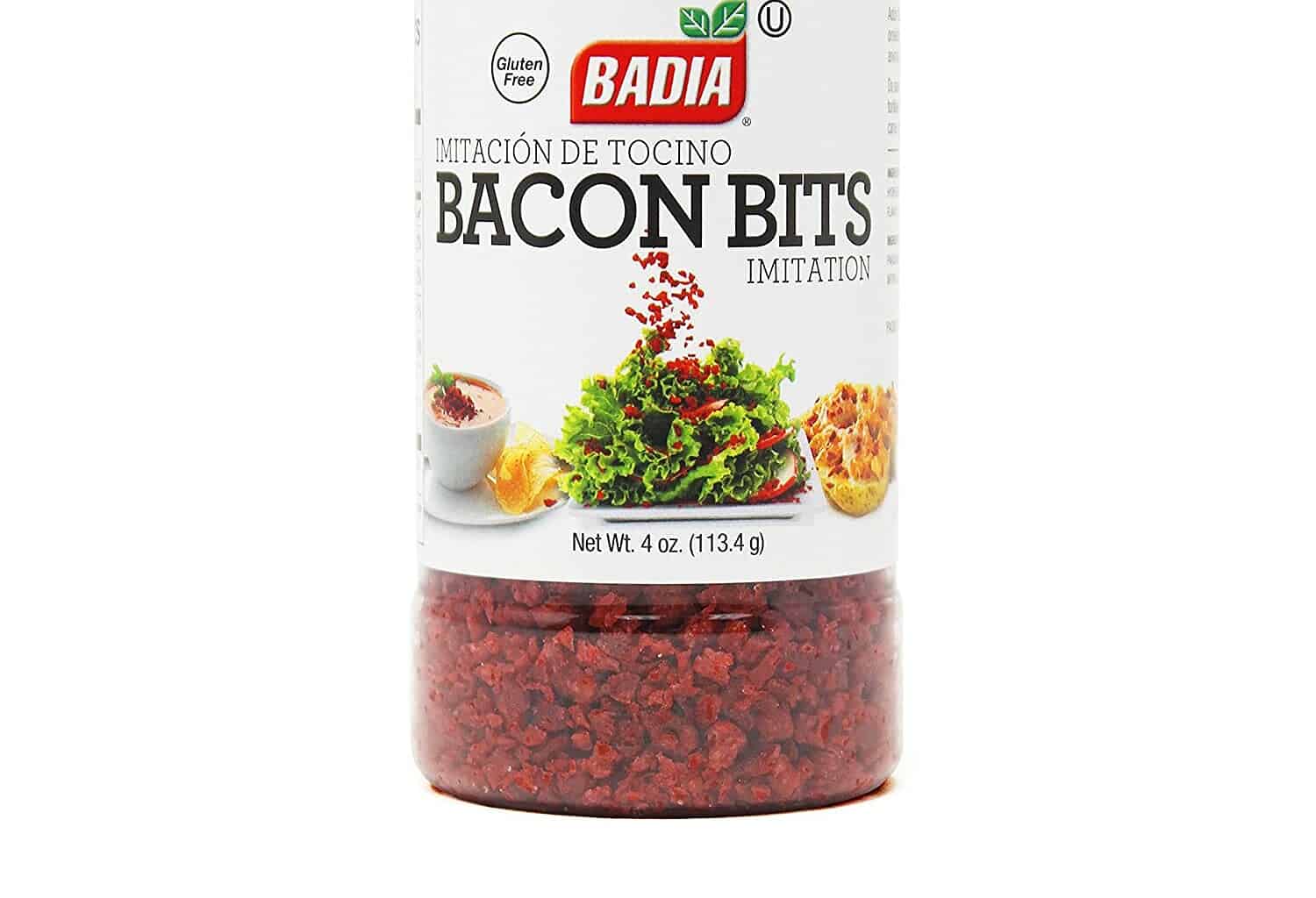 Cultured or fermented dextrose is often fermented using animal products and not vegan, but plain dextrose will usually be safe. Vegan authorities like PETA and other groups consider Badia Imitation Bacon Bits vegan-friendly and safe to consume.

This product uses two different artificial food dyes, FD&C Red 40 and 3. Some ethical vegans may not find this item suitable to eat because those dyes are tested on mice and rats.

This product is the only one of the three that advertises itself as vegetarian-friendly. The ingredients include: 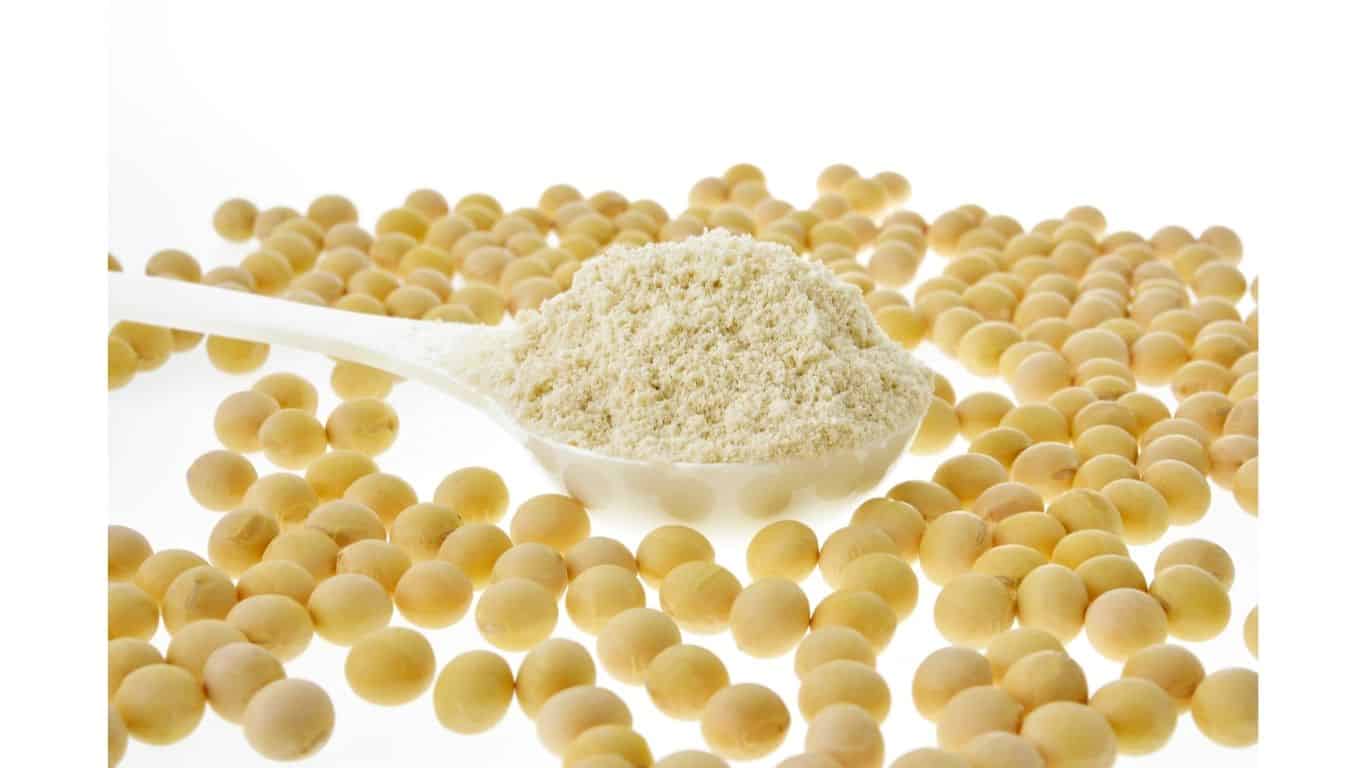 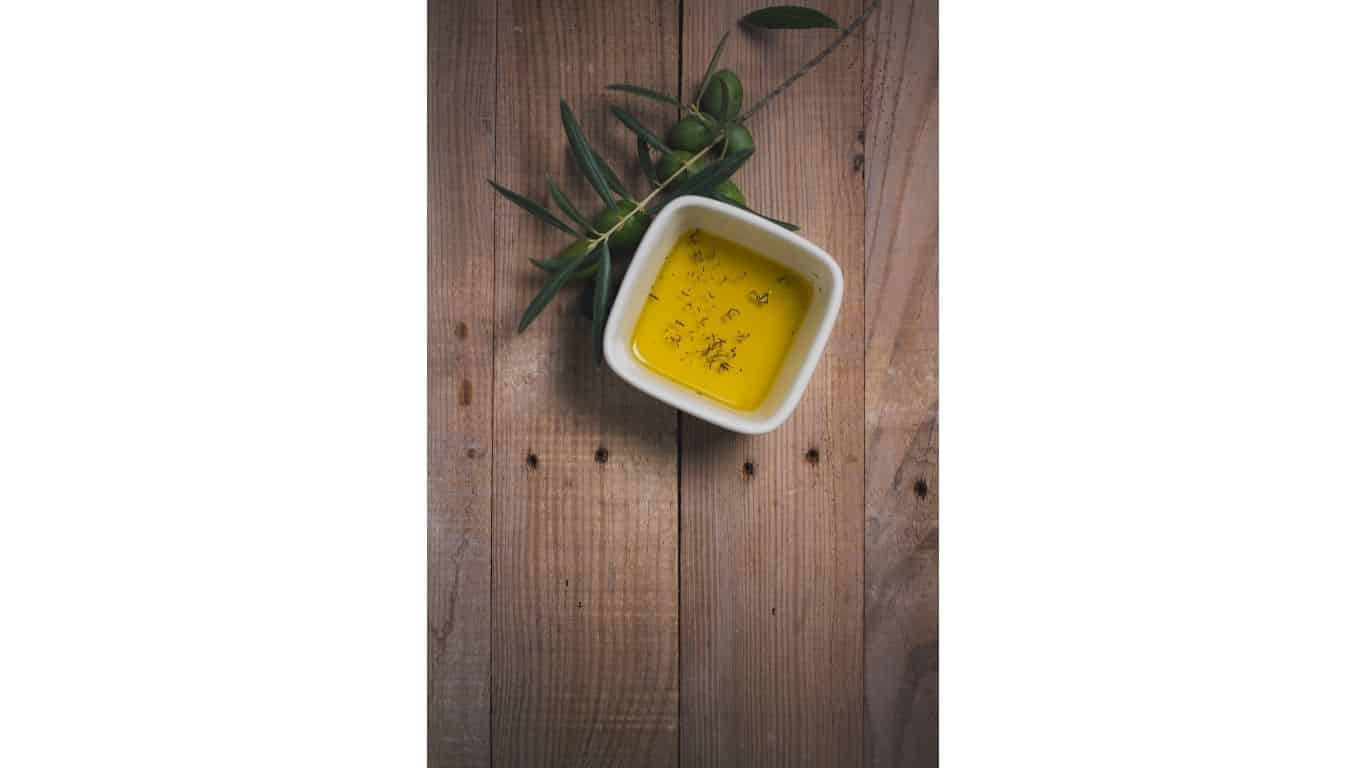 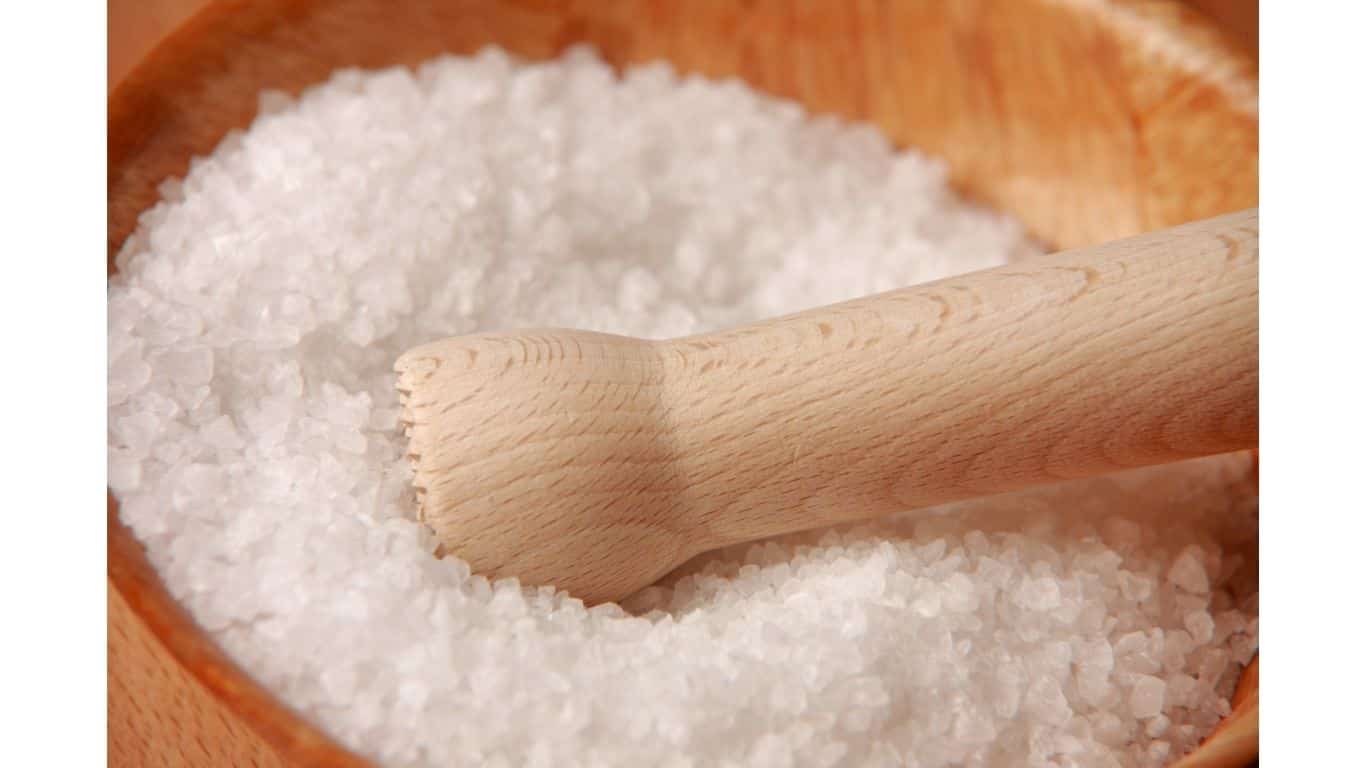 This brand is probably the safest for strict ethical vegans to consume. Frontier’s imitation bacon bits don’t contain the artificial, animal-tested petroleum-based food dyes that most other brands use for coloring.

Sometimes “natural and artificial flavors” can contain ingredients that might not be vegan or vegetarian in some products. Here, they list the components of “natural flavor,” and those items are safe for vegans.

This product also doesn’t contain the flavor enhancers or partially hydrogenated oils that many people prefer to avoid for health reasons. 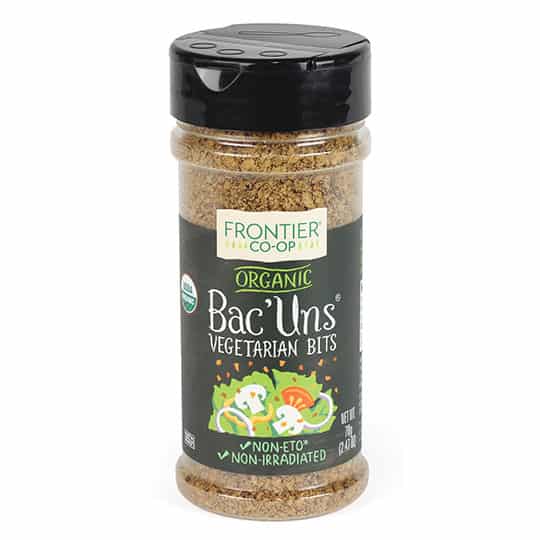 Are Bacon Bits Vegan From Other Companies?

Some other imitation bacon bits brands you might be able to find are Walmart’s Great Value Imitation Bacon Bits and Betty Crocker Bacos Bacon Bits. Both products contain the same general ingredients as the other brands and are accidentally vegan.

None of these brands are Certified Vegan, which only means they haven’t gone through the process of certification. As long as each ingredient is free of animal products, the end product is vegan.

In most cases, they contain artificial food dyes that some strict vegans avoid, but the ingredients will be suitable for people concerned with avoiding animal products in their diets.