From the sweet hard candy outside, right down to the bubble gum inside, Charms Blow Pops are the ultimate two-in-one lollipop experience that so many people love to enjoy. This leaves those of us with plant-based diets optimistically asking, “Are Blow Pops Vegan?”

Yes, Blow Pops are generally considered to be vegan. While this candy does not contain dairy, eggs, or gelatin, it does contain sugar. This could lead to issues for stricter vegans because sugar is often produced using bone char as a whitener.

Fortunately for the candy-crazed vegans among us, Tootsie’s Blow Pops do not list any animal products in their ingredients. Take a look at the list of ingredients below and see for yourself! 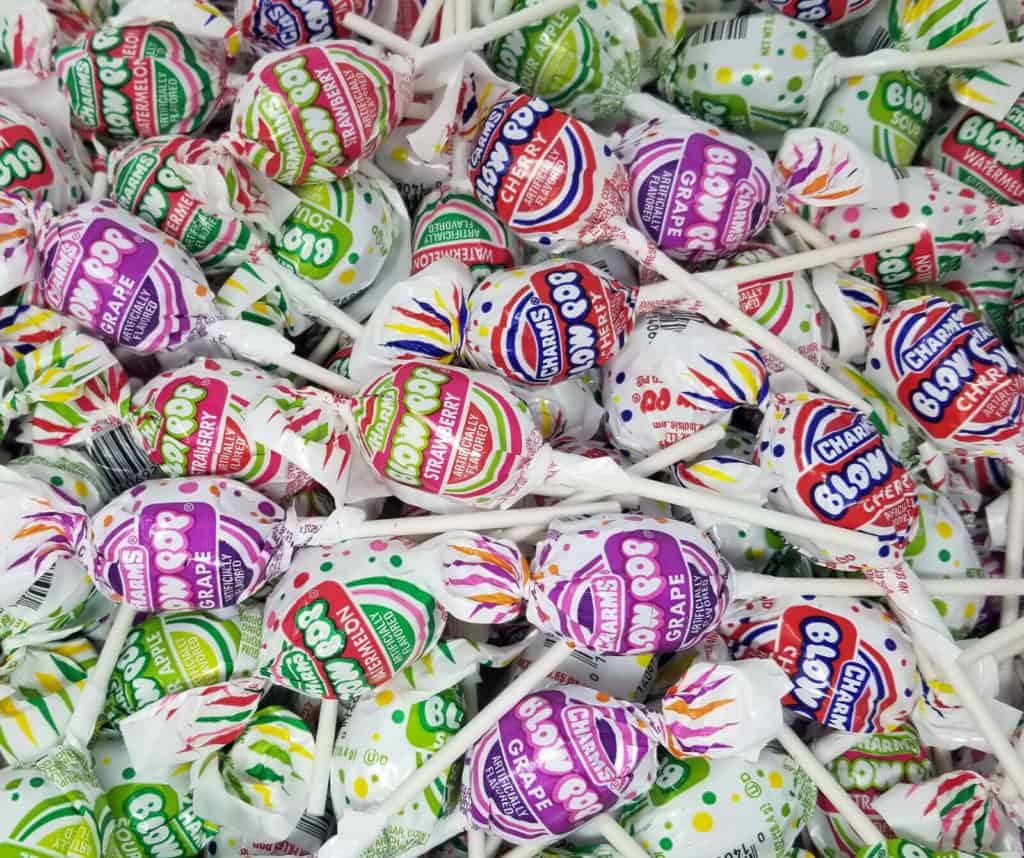 “Milk and soy may be present.”

All of these ingredients are generally seen as vegan-friendly. Corn Syrup, Citric Acid, Starch, Tumeric Coloring, and BHT all pose no issues in their production for vegans. While artificial flavors can be derived from animal sources, the artificial flavoring in candy is often plant-based, surprisingly.

The same goes for Glycerin and Gum Base, which can be produced from animal fat but are more often sourced from plants for candy as well.

PETA’s support of Blow Pops is a pretty good sign that all of its ingredients are plant-sourced and cruelty-free!

Related:  Are Altoids Vegan? (Everything You Need To Know) 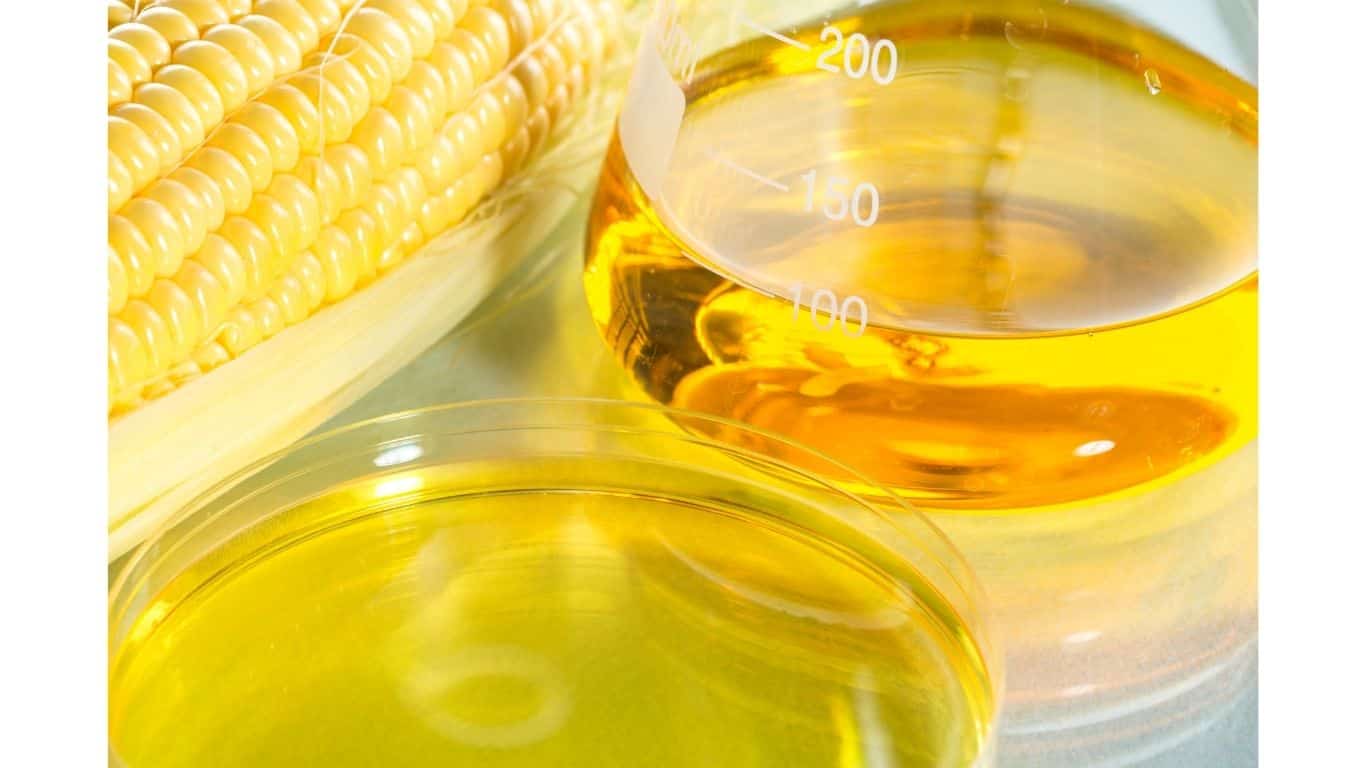 The only listed ingredient that might give some vegans pause is sugar. Sugar is most often produced using the bone char of cattle to aid in the coloring process. While this method is most often used with white sugar, it is also common practice in the production of brown sugar and confectionary sugar.

Sugar is not a big deal for most vegans, but it is still a deal-breaker for some, so it is worth noting it as the main ingredient in Charms Blow Pops.

Take care not to miss the warning that notes the potential presence of milk and soy. This means that even though Blow Pops do not include milk or soy as ingredients, the manufacturer might produce items that do contain those ingredients in the same facility.

This is not necessarily a problem for most folks with a plant-based lifestyle, but it is important information for those with severe food allergies to take note of! 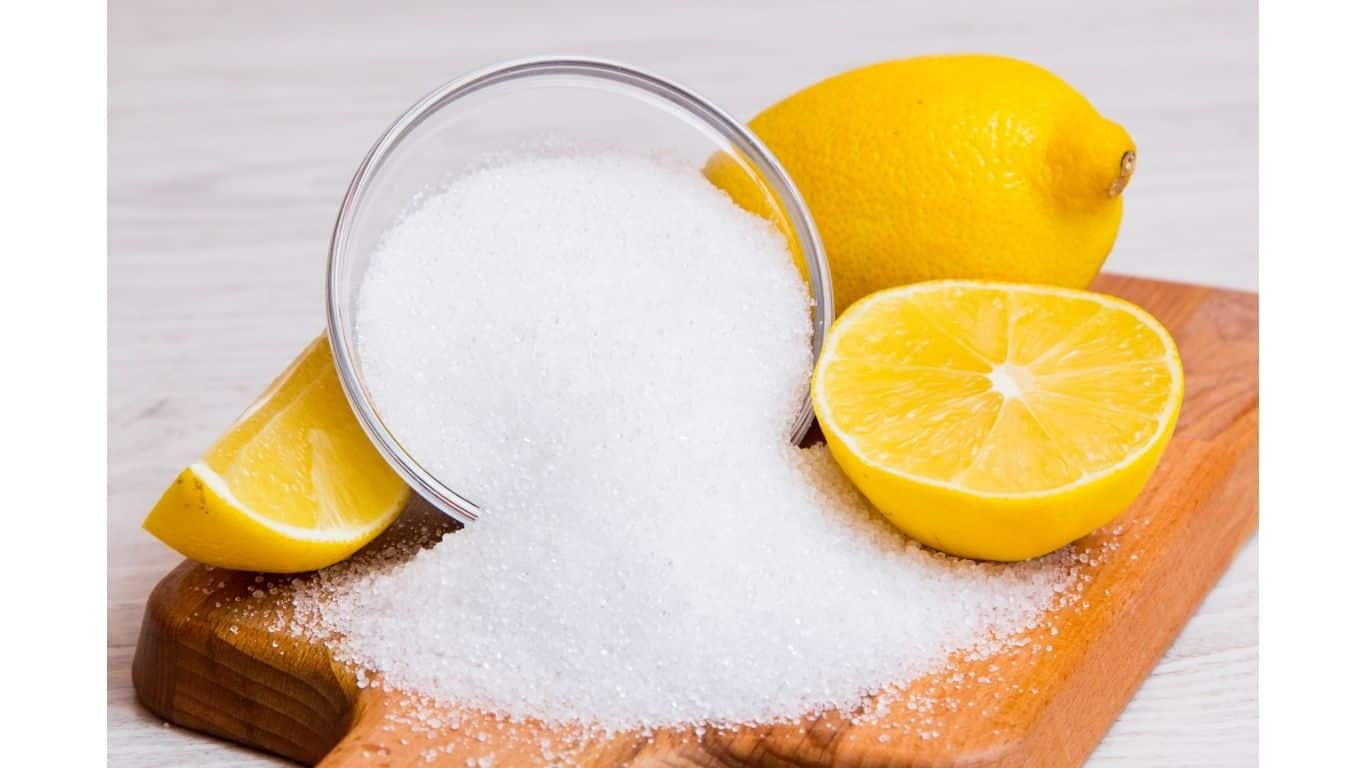 Gelatin is a pretty common ingredient in a wide array of candy items. It is made with ground-up animal parts, which include bones, flesh, ligaments, and tendons. In other words, gelatin is most certainly not a vegan-safe ingredient, and so it is completely warranted to be wary of whether or not it is present in your food items.

Thankfully for vegans with a sweet tooth, Blow Pops are gelatin-free! Tootsie does manufacture several candies that list gelatin or another non-vegan gelatin substitute as an ingredient, but Charms Blow Pops are not amongst the offending sweets.

Always make sure to read the ingredients listed on all other Tootsie products to check for gelatin before you think about choosing them as your next treat! 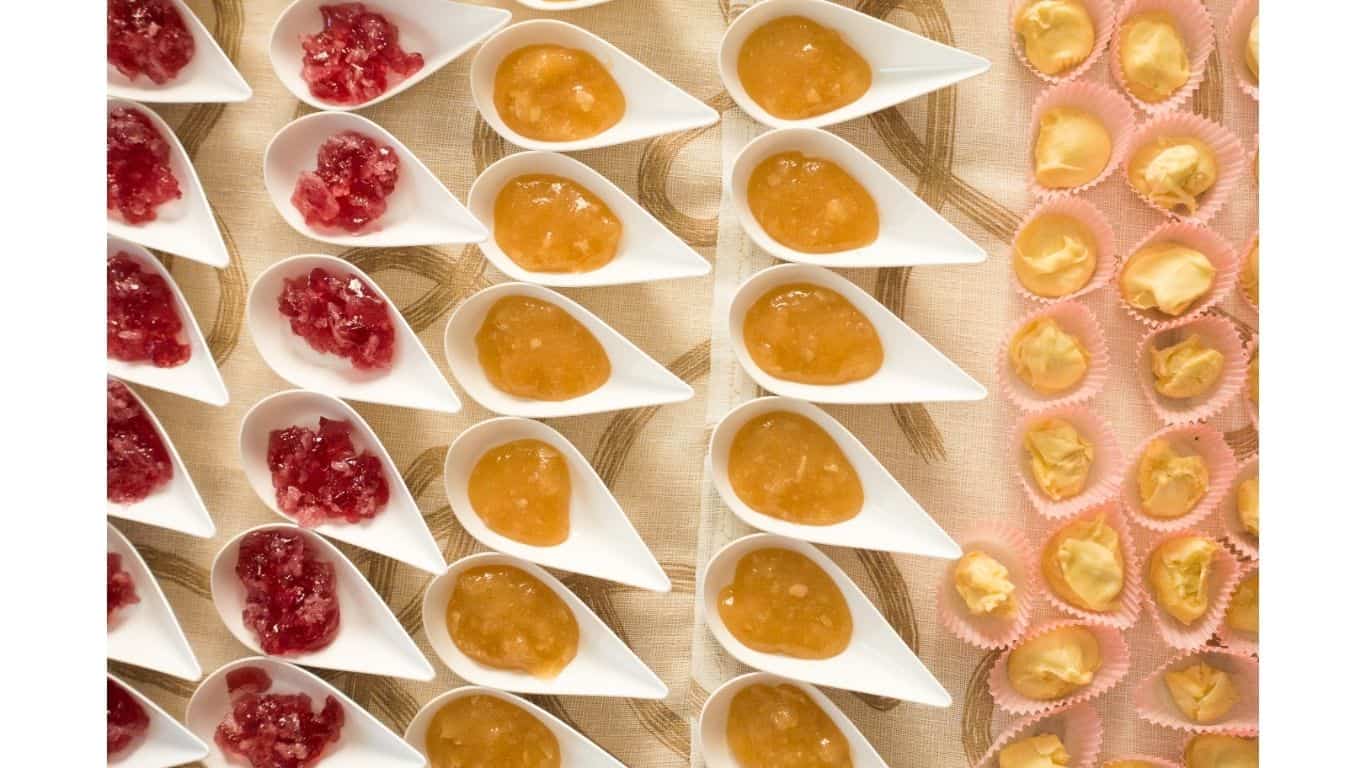 Do Blow Pops Have Dairy in Them?

Luckily, Charms Blow Pops are not made with any dairy or lactose ingredients.

Although, it is important to consider that Blow Pops are produced in a facility that manufactures products that do contain milk. So, those with severe dairy allergies should heed the manufacturer warning on the packaging stating that the candy may contain milk.

It is not uncommon to find that some candy products are made with eggs, but Charms Blow Pops are not one of them. These delicious lollipops are delightedly full of bubblegum brilliance, and free of eggs and other animal products! 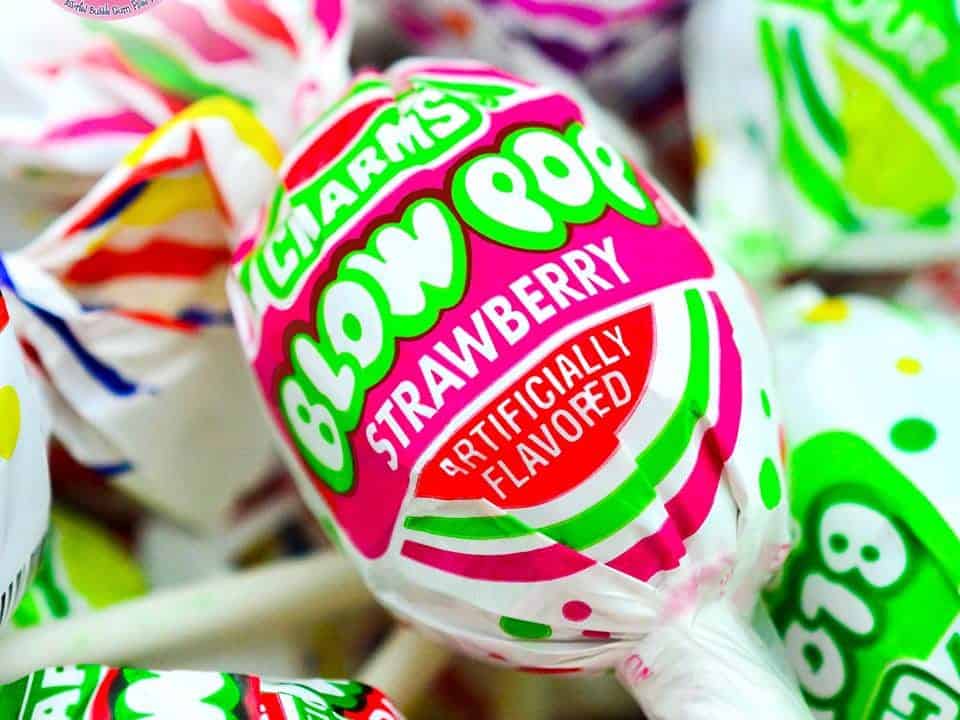 Are Blow Pops Sweetened with Honey?

Honey comes from the labor of bees, deeming it as a no-go for most vegans. As luck would have it, Blow Pops sugars are the main sweetener in Blow Pops. No honey in these treats!

Due to the use of bone char in the production process, sugar is still problematic for a handful of vegans. If you are one of them, be mindful of the sugar in Charms Blow Pops.

Are All Blow Pops Flavors Vegan?

Yes, all of the Blow Pops flavors are vegan. Charms Blow Pops are flavored artificially, and artificial flavorings in candy are generally 100% plant-derived. This means that the candy’s greatest hits– Kiwi Berry Blast, Black Ice, What-A-Melon, and even Blue Razz– all have the vegan seal of approval.

Are All Tootsie Products Vegan?

No, not all Tootsie Products are vegan. Vegans should always check the ingredients of Tootsie products before eating them.

Related:  Sproud Milk Review - How Does It Taste?

Much of the candy that Tootsie manufactures contains milk and gelatin, as well as many other ingredients sourced from animals. For example, the brand’s classic Tootsie Roll lists Condensed Skim Milk as an ingredient.

This automatically knocks it off of the vegan-safe candy roster.

Next time you have a hankering for a Tootsie sweet that you are not entirely sure is vegan-approved, make sure to do the proper amount of research before indulging in it. 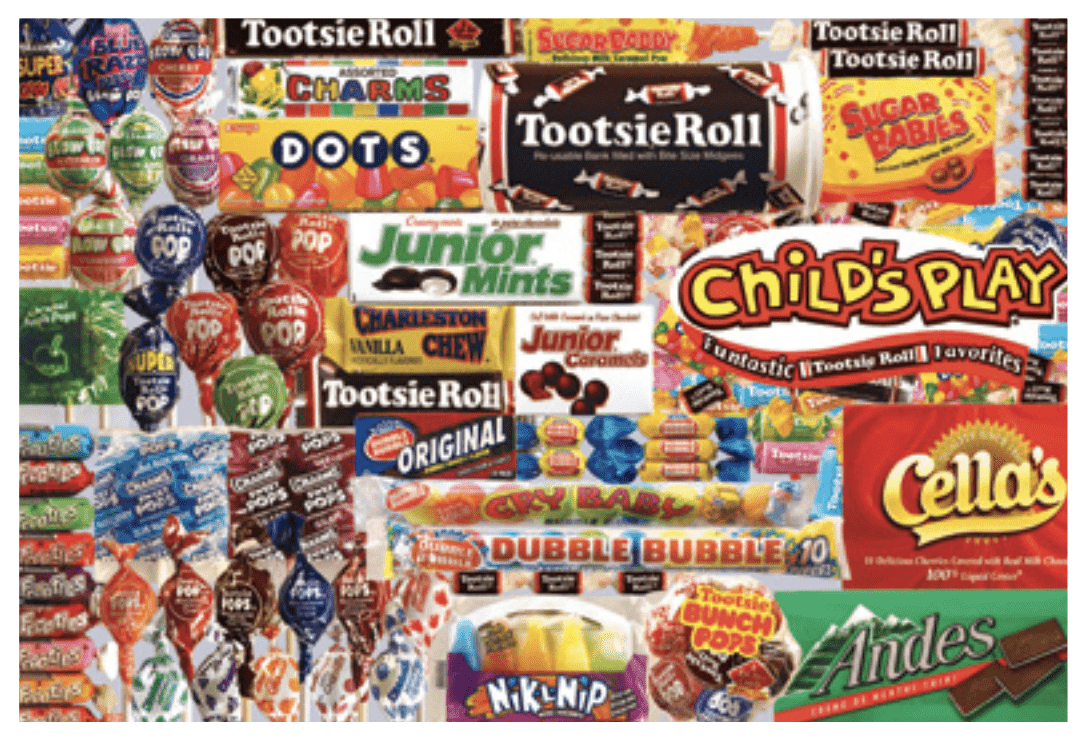 Just as most other candy products, Charms Blow Pops contain a fairly large amount of sugar and provide very little nutritional value. So, Blow Pops are a far cry from a food that should be hailed as “healthy.”

Does that mean that you should not allow yourself to enjoy them? It absolutely does not! In moderation, Charms Blow Pops are a delicious vegan treat with a calorie count that comes in around 60 calories per pop, which is one serving.

Now that you know that Blow Pops are a perfectly viable vegan candy, you can feel free to luxuriate in every part of the wonderful lollipop-to-bubblegum experience that they provide!