Many people are curious about how other birds taste. The most common birds for humans to eat are chicken and turkey, but there are countless other bird species we do not often try, and people who enjoy unusual dishes are often curious about how different birds will taste to us.

Pelicans are one of those. It is not common knowledge how to prepare a pelican or what recipes you can use to make a tasty pelican meal. Can you really eat a pelican, though? The answer is yes, pretty much, though you may have to jump through some hoops to get there.

How do you get access to a pelican? How do you cook them? What type of recipes will make a pelican taste the best? These questions and more will be answered, so read on to discover exactly what it takes to eat a pelican. 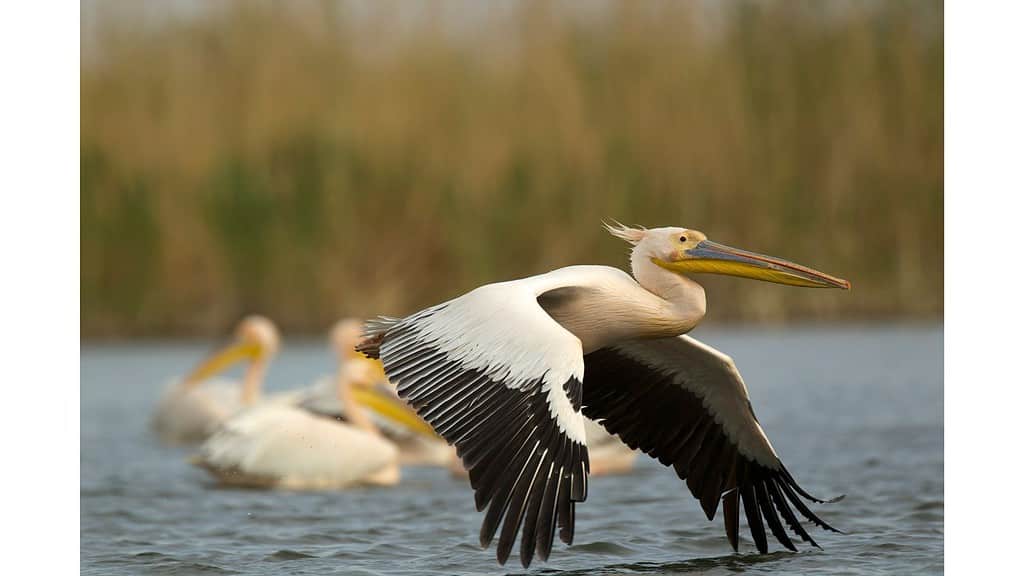 Pelicans are giant birds, having wingspans reaching 10 feet, and can grow to be as tall as an adult. They are terrifying and captivating creatures. We have found pelican fossils dating back at least 30 million years ago, but pelicans as a species could be far older than that. 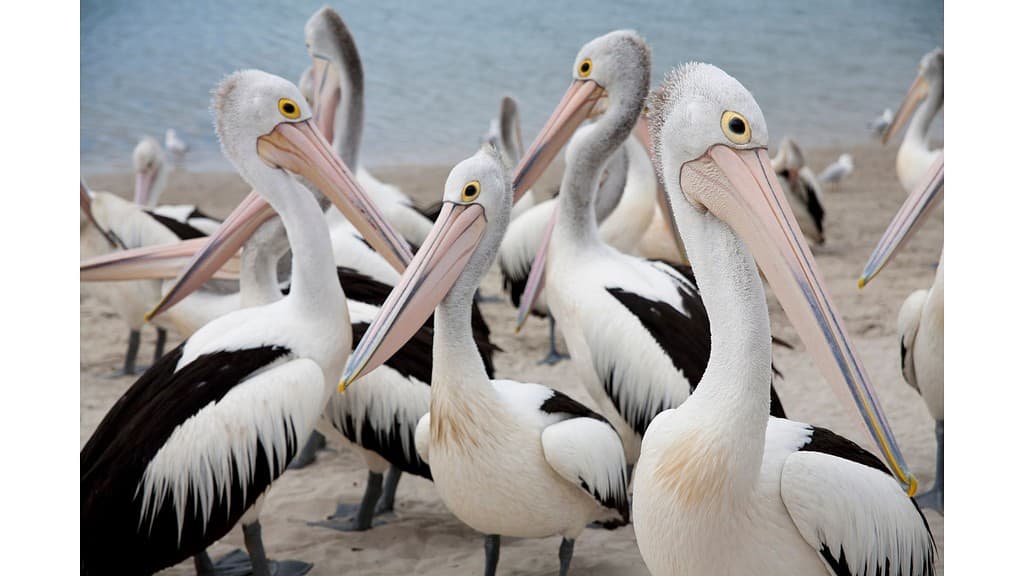 The oldest known pelican fossil appeared in France. This fossil showed a bird that greatly resembled our modern pelicans with the same giant beak. The 30 million-year-old bird gave us a picture of the evolutionary journey of pelicans.

The fossil shows that the beak of prehistoric pelicans had the same pouch, so their feeding mechanism has not changed for millions of years. It also shows they have not needed to change because of natural selection, and have not evolved as much as other bird species.

Despite their long existence, pelicans are an endangered species. We almost wiped them out in the 70s and 80s, though not for eating. We took them off the endangered species list, but their population numbers are still low.

Related:  How To Thaw Uncrustables Quickly

The Migratory Bird Treaty Act (MBTA) was passed in 1918 to ensure the future of migratory bird species. This law protects certain birds from being killed, sold, traded, and more. Pelicans are migratory birds, and the MBTA protects them, so pelicans don’t often appear on restaurant menus.

In the past, we hunted pelicans because anglers viewed them as competition due to their fish diet, which is why the MBTA is so important. It ensures the longevity of countless species and keeps them from being destroyed by humans.

Can You Hunt Pelicans?

It depends. It is usually illegal to kill a pelican, but you can obtain a hunting permit authorized by the MBTA. You must ensure the pelican has a quick and humane death. These large birds also require accuracy to shoot and kill. The permits also require you to dispose of the bird to avoid attracting predators.

You must have a legitimate reason to get a pelican hunting permit, though. Several valid permits let you disturb pelicans to chase them away from your land or fishing grounds, but none are hunting licenses. It’s hard to say how much you can do if you get a permit. 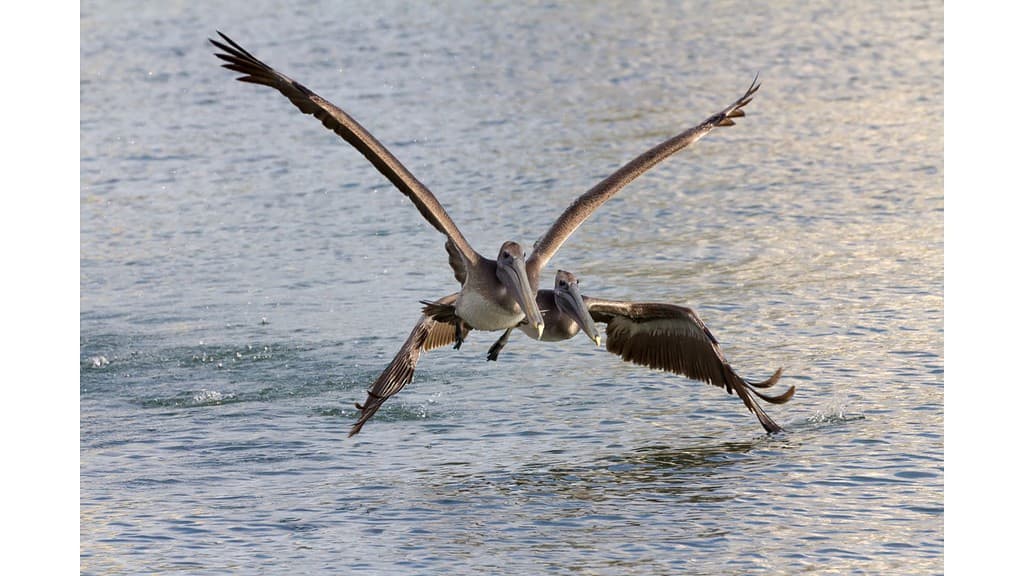 Can You Eat Pelican Eggs?

It depends. MBTA also protects the nests of pelicans, but the permit allows the disturbing of a nest. In theory, yes, you can eat pelican eggs. In practice, maybe not. They are larger than chicken eggs, but most will be fertilized, since laying unfertilized eggs like chickens do is uncommon for wild birds; it’s a waste of energy.

Related:  Do You Wash Salmon Before Cooking It?

People have described pelicans as tasting like fish since that is their primary food source. Others say they taste more like other birds like turkey. Many people say pelican meat is unpleasant to eat because, like all animals, the meat tastes like the substances pelicans consume; think lots of sulfur and ammonia. Their meat is also said to be bland and greasy.

It is subjective, though. What one person detests, another may love.

What Do Pelicans Eat?

Pelicans subsist on fish. Their bill pouch allows them to scoop up fish from a body of water and tilt their heads forward to drain the water from their bill. Then they swallow the fish whole. Adult pelicans can eat up to 4 pounds of fish per day.

Pelicans feed their young by regurgitating fish they caught earlier for the young pelicans to eat. Once the birds start getting older, the parents will bring whole fish. Around three months old, pelicans are pretty independent and feed themselves.

Is There Any Health or Nutritional Benefit?

There has not been a lot of research into the nutritional makeup of pelican meat, but depending on their diet, it can be high in protein, like other meats. Future research may uncover more nutritional benefits. Pelican meat is leaner than more common meats and will be free of mass-growth techniques and chemicals.

How to Prepare Pelican Meat

Like all meat, you must thoroughly and evenly cook pelican meat to ensure it is safe to eat. Properly cooking the meat will ensure any bacteria or possible parasites are dead and cannot harm you.

Though many people disagree over the flavors to use, seasoning the meat will help it to taste better. There are infinite possibilities for what spices you should use on meat. A chicken seasoning blend with versatile seasonings like garlic and onion powder, paprika, rosemary, thyme, basil, and parsley is a good blend to add rich flavors to bird meat.

Related:  Is Cheese a Condiment? (Or a Food?)

You can also use seasonings like mustard powder, chili powder, crushed red pepper flakes, cumin, and cinnamon. Always add salt. Salt livens up the flavor. Use the blend as a rub and cook the meat to an internal temperature of 165॰F or 75॰C.

You can make any bird recipe using pelican meat. It is suggested you bake or deep-fry the pelican meat. You can deep-fry pelican meat by covering either side in flour and adding the seasonings you like to achieve the flavor profile you want.

Many classic chicken recipes can be made with pelican. You can make Pelican Tikka Masala, or consider buffalo pelican bites. There are also recipes for baked chicken that you can follow to cook your pelican meat. Lemon-baked pelican will marinate your pelican to perfection. You could even go for a spin on the classic chicken noodle soup.

Is it a Good Idea, Though?

When you decide if you want to try pelican meat, consider your impact on their population. Pelicans are a protected species for a reason. Other species like whitetail deer or alligators are kept in control by hunting, so consider trying one of those unique meats first.

Of course, if you’re ever desperate enough to eat a pelican, proper cooking will ensure that you don’t get sick from eating pelican meat. It might not be the most pleasant experience, but you won’t die from it—unlike the pelican!