Does your plain yogurt have a sharp or sour bite that makes you wonder why yogurt tastes sharp? Is it meant to taste that way, or has it gone bad?

Sweetened yogurt and yogurt containing fruit have enough sugar to cover that sharp taste and make you less likely to pucker when you eat it. Plain yogurt can taste sour without other flavors to hide it.

So, why does yogurt taste sharp? Yogurt’s sharp, sour taste comes from the lactic acid that forms during fermentation. Live bacteria in the yogurt ferment the milk sugars and create lactic acid, giving it that distinct sharp taste.

Yogurt is a probiotic food, which means it contains bacteria good for your gut. Without those bacteria, not only would the yogurt not have a sharp taste, it wouldn’t be yogurt.

The Role of Bacteria in Yogurt Production

Live bacteria introduced to milk trigger yogurt production. Without those bacteria, no fermentation would occur.

Two types of bacteria create yogurt. Lactobacillus delbrueckii subsp. Bulgaricus and Streptococcus thermophilus ferment the sugar in the milk or lactose into lactic acid. The more lactic acid in the yogurt, the sharper and tangier it will taste.

Fermentation lowers the pH of the milk and raises the acidity, which coagulates the proteins. This coagulation gives yogurt its thick texture and characteristic taste. Yogurt wouldn’t form without fermentation. 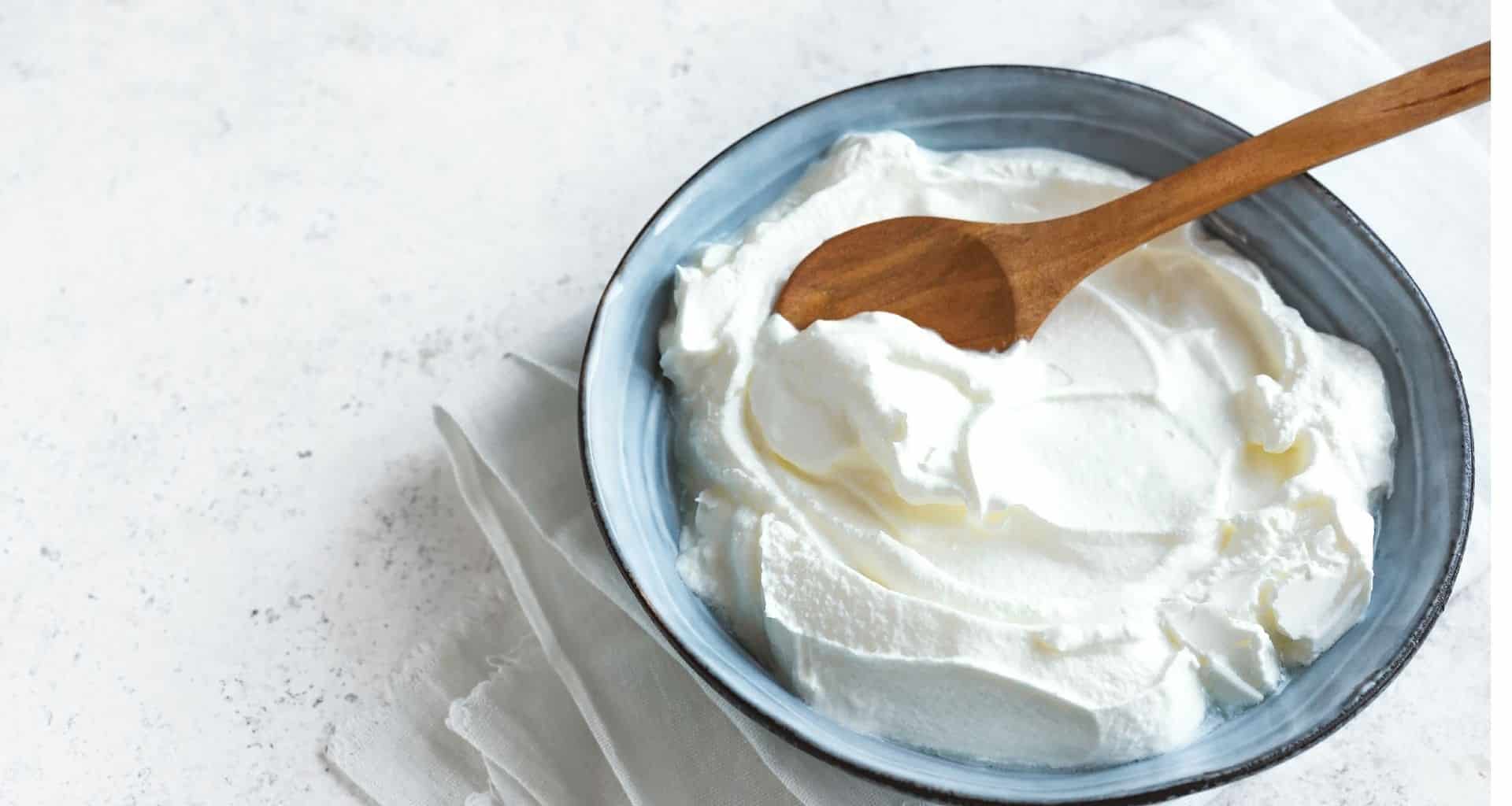 What Are the Benefits of Sour Yogurt?

When you ask, “Why does yogurt taste sharp? (Is it meant to?),” the answer comes with good news. Yes, it’s supposed to taste sharp, and the sharper it tastes, the healthier it is.

Yogurt has many benefits that make it a healthy food choice. Yogurt is high in:

Related:  Should Cheesecake Be Served at Room Temperature?

Yogurt also contains the beneficial bacteria that caused the fermentation. Those bacteria stay alive throughout the process, so yogurt is a probiotic food that contains those good live probiotic bacteria.

Probiotics are healthy for human gut health and digestion. Choose a yogurt that says that it contains active or live cultures on the packaging.

Some brands might be extra-processed in a way that kills those bacteria. It might still taste delicious but won’t offer the same health benefits as yogurt with live cultures. 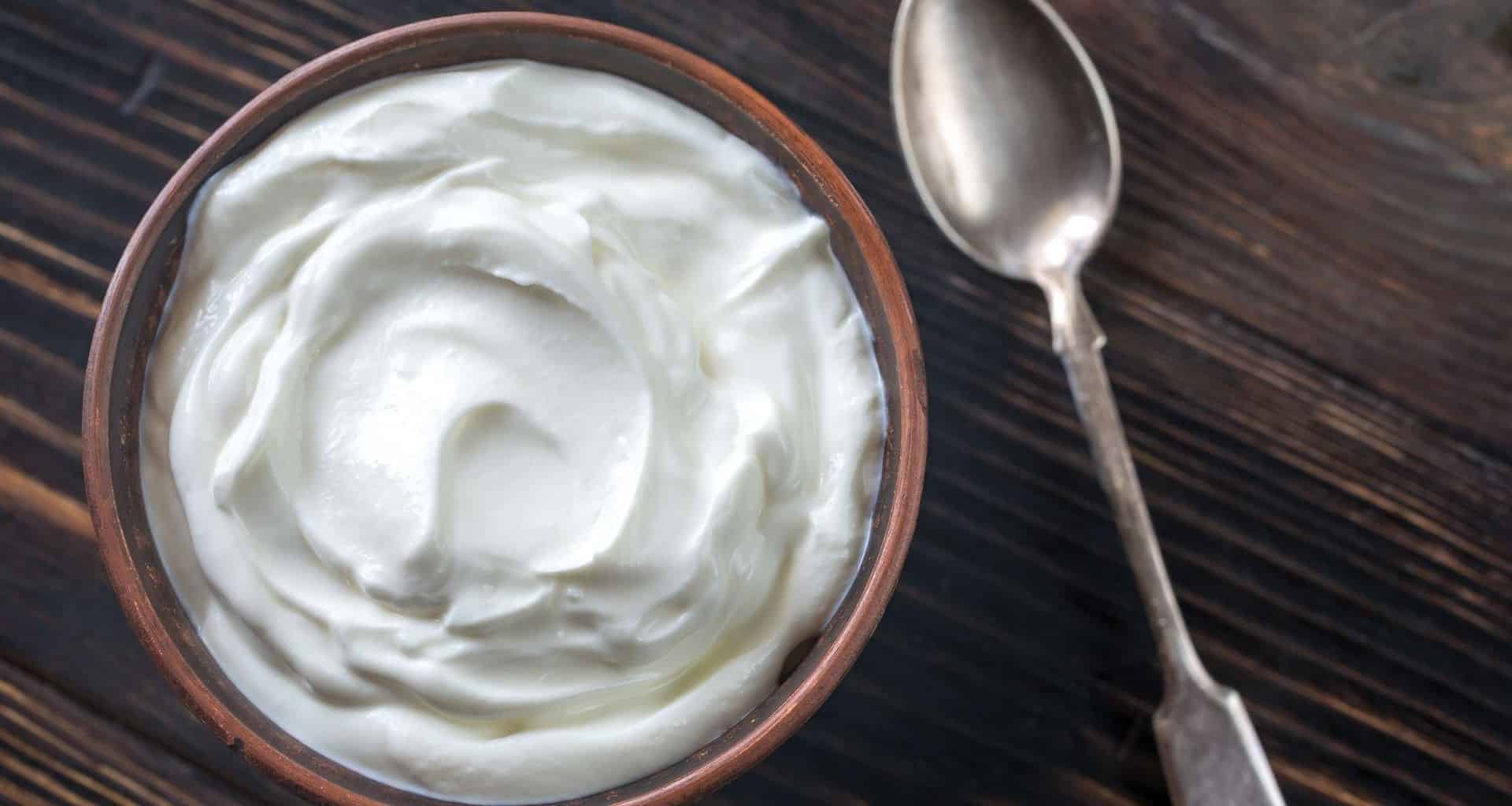 Has My Yogurt Gone Bad or Does It Just Taste Sharp?

If you kept the yogurt properly refrigerated after you bought it, it has remained unopened, and the sell-by or best-by date is less than five to seven days ago, your yogurt should be fine.

If it’s a large, opened tub of yogurt that’s been in the fridge less than seven days, you’re probably experiencing the normal tanginess of the yogurt. Yogurt can spoil, but spoiled yogurt looks and tastes different from yogurt that’s still good. 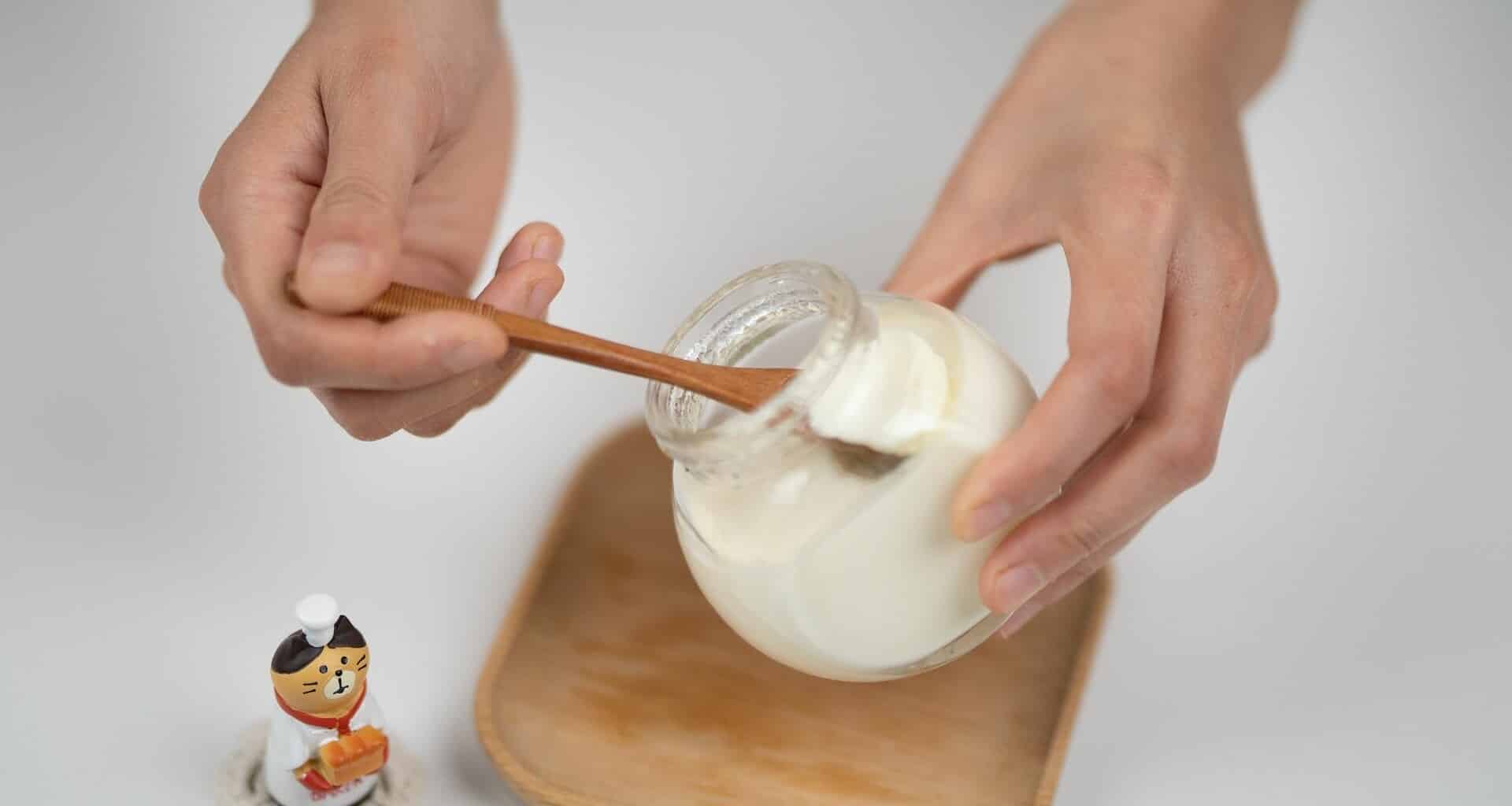 You probably won’t need to taste it to determine whether it’s spoiled.

When yogurt starts to go bad, it can develop an incredibly foul or sour-smelling liquid on top that’s yellow or oddly colored. You also might see signs of mold growth on spoiled yogurt.

Yogurt has a mild, pleasant scent or at least one that’s not off-putting. If yours has a stronger sour smell than normal, like sour cream, you should throw it out.

If you’re still unsure, taste it. If it’s notably tangier, bitter, or just off in some way, assume it’s spoiled or has started breaking down and throw it away. 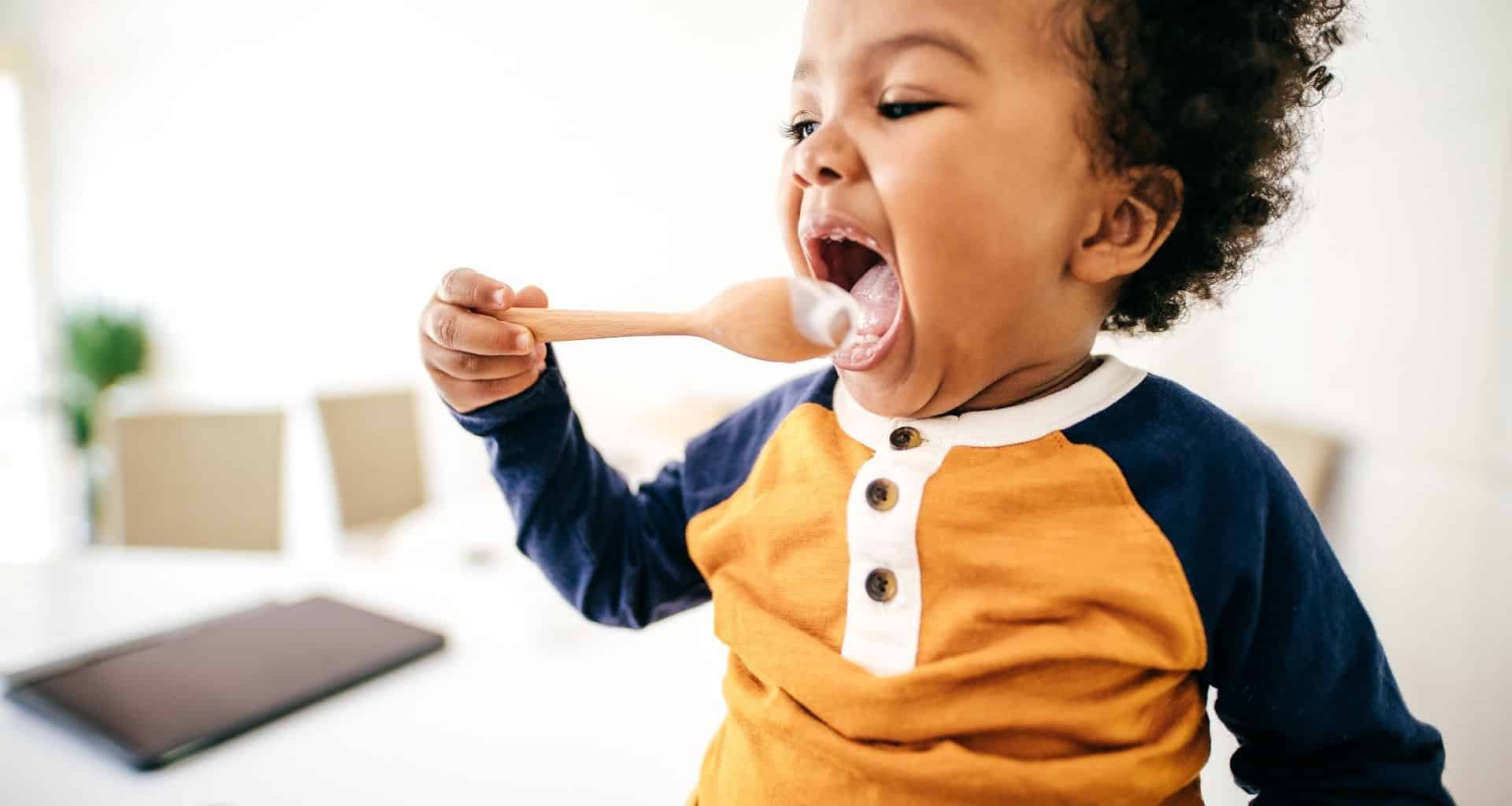 Can I Make Yogurt at Home?

The only things you need to make yogurt at home are milk and a way to trigger the fermentation. To achieve this, you can buy a yogurt starter kit, probiotic capsules, or plain yogurt.

Related:  What Are the Sweetest Apples? 19 From Sweet to Tart

Yogurt starters tell you how much to add to milk. If you use probiotic powder from capsules, one dose should ferment four cups of milk. For plain yogurt, use three teaspoons per cup of milk. 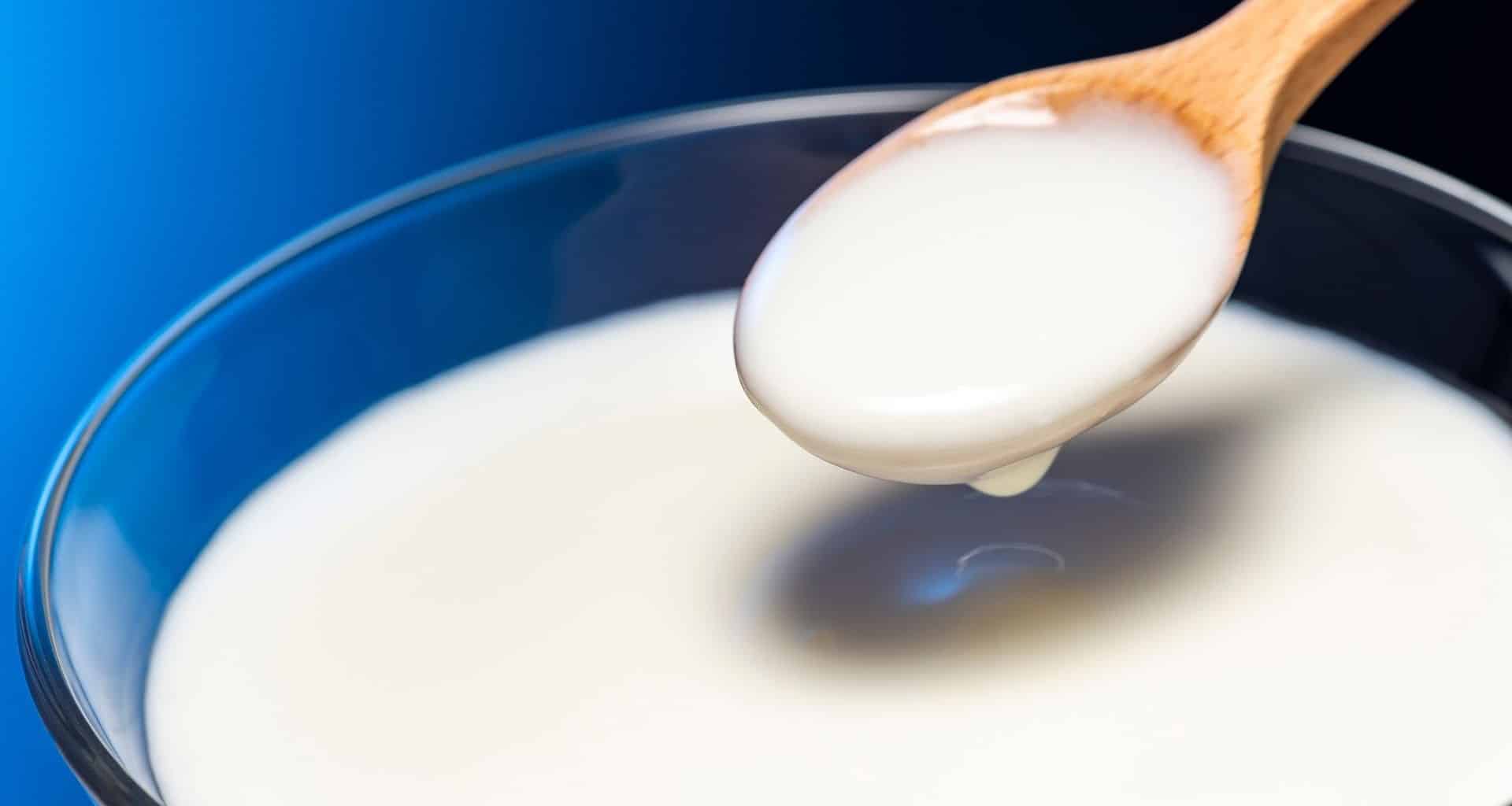 You can easily make yogurt in an electric pressure cooker with a “Yogurt” button. You’ll put one-half gallon of milk into the inner pot, close and seal the lid, and press the “Yogurt” button. The device heats the milk to the proper temperature of 180 degrees Fahrenheit.

Then, remove the inner pot and let the milk cool to 115 degrees. Skim off the top layer, which should have formed a skin, then whisk in the yogurt starter you chose.

Put the pot back into the pressure cooker, close the lid, and press the “Yogurt” button again with a timer set to eight hours. The bacteria will ferment and create yogurt. 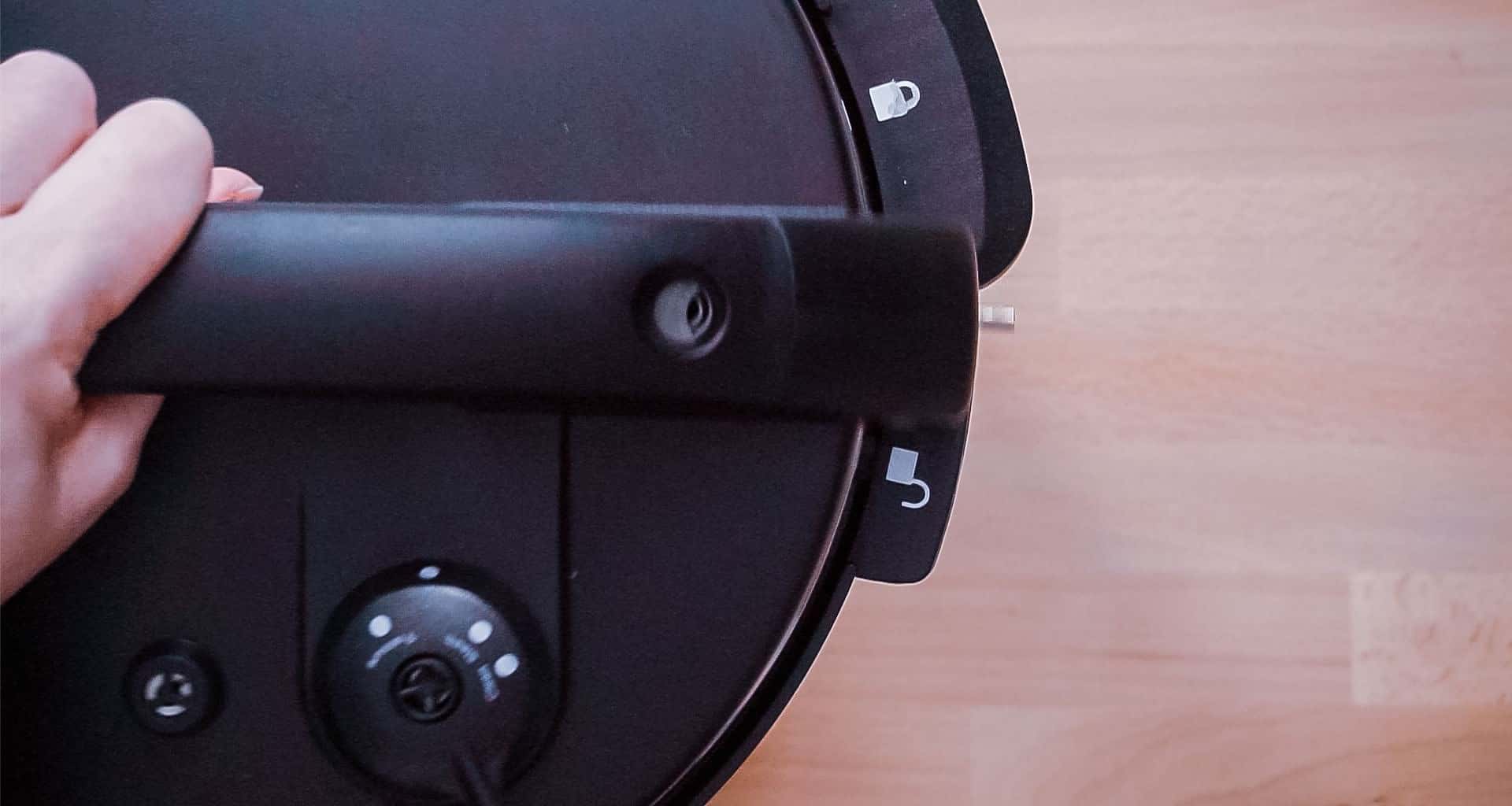 Making yogurt without an electric pressure cooker is the same when it comes to heating and cooling the milk. It’s easier to transfer the yogurt into small containers before fermenting it instead of leaving it in one batch as you do with a pressure cooker.

After you’ve cooled the milk to the proper temperature, pour one cup of the milk and mix your yogurt start into it.

Stir well, then pour into glass jars you’ll leave on the counter for up to nine hours before refrigerating.

Some Fun Facts About Yogurt

Surprisingly, yogurt is supposed to taste sharp, and people have enjoyed its unique taste for thousands of years. Here are some more quick facts about this dairy product: 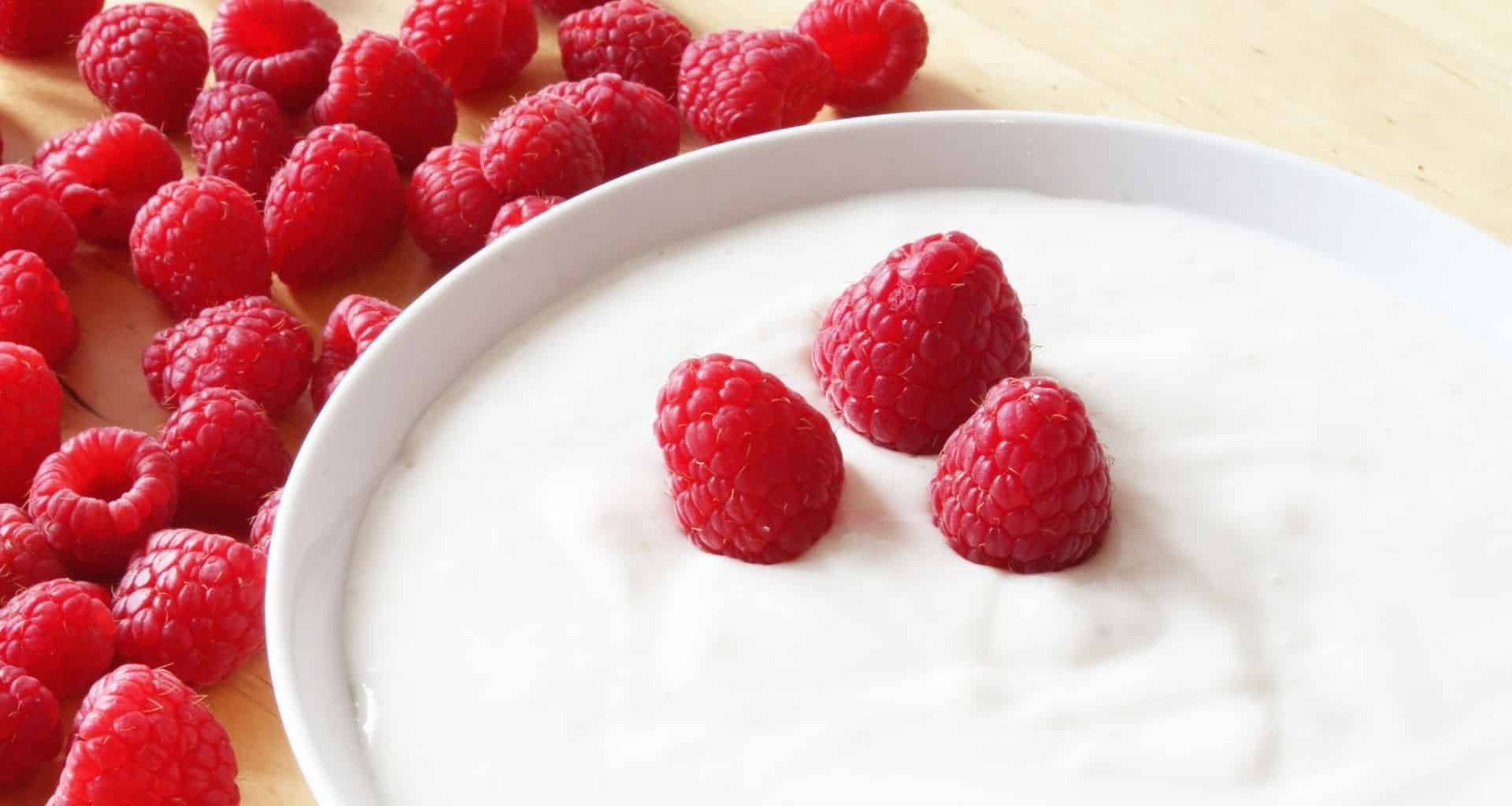 Here are a few final answers to common questions about the taste of yogurt.

How do I make my yogurt taste less sharp?

When you learn the answer to the question “Why does yogurt taste sharp?” you understand that without that sharp, tangy taste, it wouldn’t be yogurt.

If you dislike the sharpness, you can disguise it by adding fruit, jam, sweeteners, or anything else you find delicious with yogurt. Additions like granola can help dilute the sharp taste with sweetness to make it more palatable. You can also make your own yogurt and control the fermentation time to make yogurt with a less sharp taste. Homemade yogurt is typically less tangy than store-bought varieties.

Is it safe to eat bitter yogurt?

If the yogurt tastes bitter, it’s probably spoiled or starting to spoil. Yogurt should have a tangy, sharp taste but not a bitter one.

Some people might find yogurt’s natural taste to be bitter. In that case, you’ll need to taste the yogurt and compare it to the yogurt you’ve had before that didn’t taste as bitter. In most cases, you’ll want to throw very bitter yogurt away rather than risk eating spoiled yogurt. 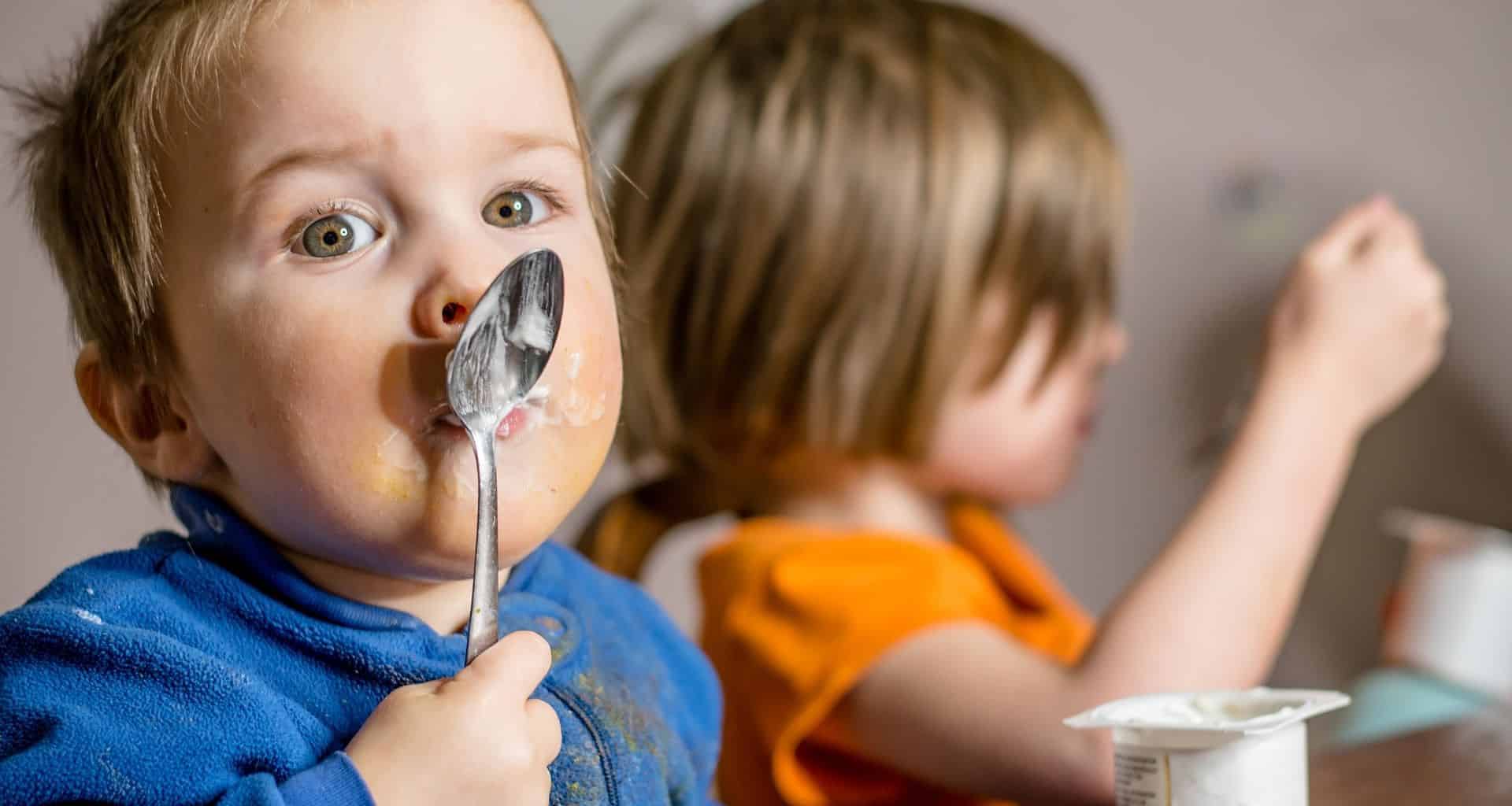 The sharp, tangy taste of yogurt is natural and tells you that live cultures created it.

As long as you’ve stored it properly and it’s not too far past its best-by date, it’s safe to enjoy this healthy food that offers so many vitamins, minerals, and beneficial gut bacteria.