If you’re staring at a table full of leftover Jell-O shots, here’s some good news: You can freeze Jell-O shots as long as you’re okay with them taking on a liquid or slushy texture.

In this article, we’ll explore the question “can you freeze Jell-O shots?” and give you tools for how to prepare Jell-O shots for the freezer and make them withstand better in freezing conditions.

What Happens When You Freeze Jell-O Shots?

One of the main ingredients in Jell-O is gelatin. Unfortunately, gelatin isn’t ideal for freezing because the particles that hold it together break down when they become frozen.

As a result, gelatin turns into a liquid form once defrosted. That’s far from the flexible, semi-solid texture it had in your refrigerator.

Jell-O shots also tend to crystalize and expand a great deal in the freezer due to their water and alcohol mass. The crystallization and expansion create even more stress on the protein-rich gelatin molecules, creating a liquid mess once you defrost your Jell-O shots.

Here’s some good news if you were hoping to make a massive batch of Jell-O shots: You can purchase gelatin-free Jell-O instead.

Alternatively, if you’re interested in popping some slushy-like Jello-O shots in your mouth after you defrost them, mixing regular Jell-O with juice or Gatorade is a great option. 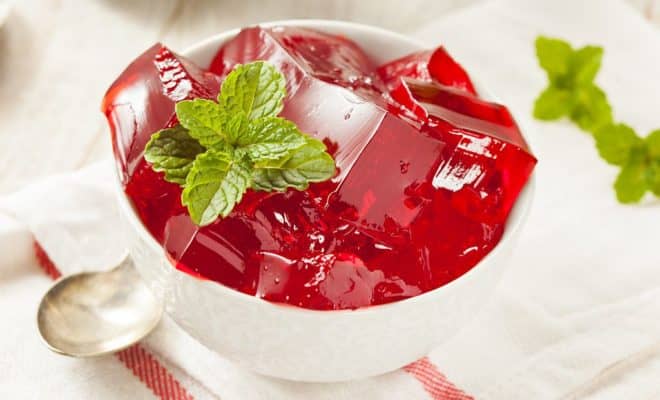 What Are the Alternatives to Freezing Jell-O Shots?

The best alternative to freezing Jell-O shots is to refrigerate them. Unsurprisingly, Jell-O shots hold up excellently in the fridge, given that it’s the cold—but not freezing—air that sets Jell-O.

To prepare your Jell-O shots for refrigeration, put them in an airtight container. Then, pull them out as you’re craving them, aiming to consume them all within three to four days.

Related:  How Long Does it Take for Water to Freeze?

You can likely get away with eating refrigerated Jell-O shots after this point. However, they’ll start to dry out and lose their flavor. 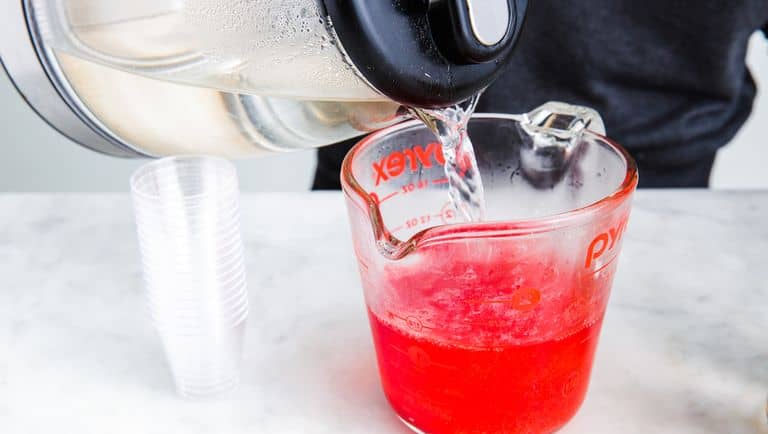 How Do You Make Jell-O Shots?

Now that you know the answer to “Can you freeze Jello-O shots?” is yes, provided that you don’t mind them turning into a liquid state, let’s explore some recipe options.

Selecting a gelatin-free Jell-O package for your Jell-O shots is the ideal option if you know that you’ll be making a larger batch than you and your guests can consume. You can follow standard Jell-O shot recipes by making this simple swap.

An example of this recipe includes:

Mix the boiling water and Jell-O until dissolved. Then, whisk the liquor and cold water into the bowl. Pour the mixture into 2-ounce plastic cups, and set them in the fridge for a couple of hours until they set.

Remember that this recipe isn’t a perfect solution—depending on the proof of the liquor you use, the Jell-O may not freeze as well. The higher the alcohol proof, the longer it’ll take to freeze.

If you like the idea of slushie Jell-O shots when you pull them out of your fridge, below is a great summertime recipe:

Stir the first three ingredients together while leaving the liquor in your freezer to cool. Once the liquor is cold, mix it into the bowl.

Then, distribute the mixture in 2-ounce plastic cups and set them in the freezer (that’s right—not refrigerator) until you’re ready to consume them. 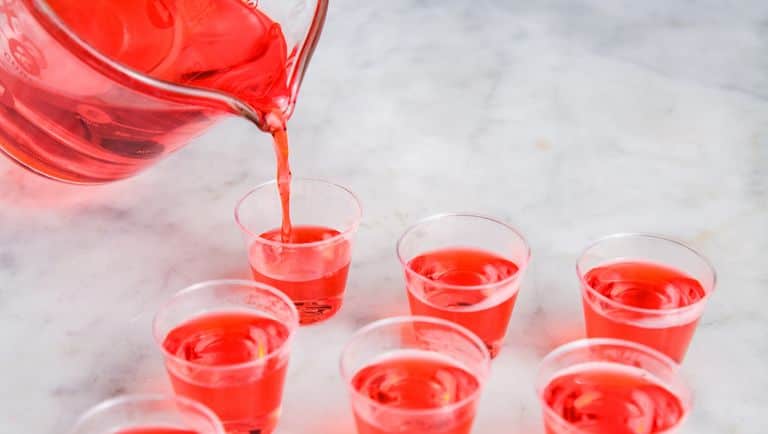 How Do You Store Jell-O Shots?

Storing Jell-O shots is simple, as they only require an airtight container.

Unless you make the slushy Jell-O shots, all the shots will land in the refrigerator before they make their way to the freezer. So, you don’t have to make any special adjustments before transferring them to freeze.

If you don’t store your Jell-O shots in an airtight container before freezing them, they may experience freezer burn.

Freezer burn happens when water escapes from the Jell-O shots and re-freezes on the surface, forming tiny ice crystals. Luckily, freezer burn isn’t harmful to your health. However, it will dry out your Jell-O shots, making them unpleasant to consume. 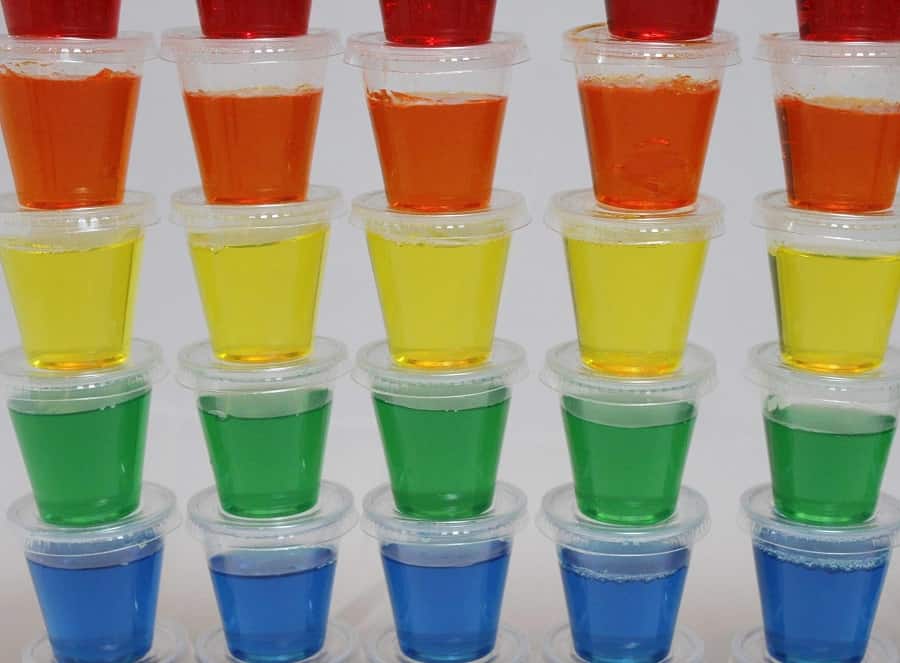 How Do You Defrost Jell-O Shots?

The key to defrosting Jell-O shots is to move them from the freezer to the fridge. That way, they’ll undergo a slow thawing process, which will lessen—although not entirely prevent—the number of broken gelatin molecules.

Ideally, you should let the Jell-O shots thaw for at least a few hours, if not overnight.

If you’re eager to consume your Jell-O shots, we understand the temptation to let them thaw on your counter. However, not only will this predispose them to become even more liquidy, but leaving food to defrost at room temperature opens the opportunity for bacteria build-up.

Do you still have questions about freezing Jell-O shots? Below are some answers.

Can you freeze alcohol?

All alcohol freezes. However, the temperature that it freezes at depends on the proof. Alcohol with a proof greater than 50 requires a special freezer.

How long do Jell-O shots last in the freezer?

You can expect your Jell-O shots to last between two to three months in your freezer.

How long will Jell-O shots last in the refrigerator?

Jell-O shots last around four days in the refrigerator. However, if you know that you’ll ultimately end up freezing them, it’s best to do so as early on as possible to avoid them losing flavor.

So, can you freeze Jello-O shots?

You most definitely can. However, if you choose to do so, it’s best to use one of the recipes we shared here. Otherwise, you’ll wind up with a Jell-O shot drink rather than the semi-solid texture we all know and love.