Spinach is a nutritious leafy-green vegetable that thrives in cool-weather climates. A bunch of raw spinach contains the plant’s thick stems and leaves and is about 340 g or 12 oz.

We value spinach for its vitamin, mineral, and fiber content. It is low-calorie, easy to grow and cook, and is a versatile food that we can use in different meals.

Most vegetables can be tasty depending on how we prepare them, and spinach is no exception.

The Quantity of Spinach in a Bunch 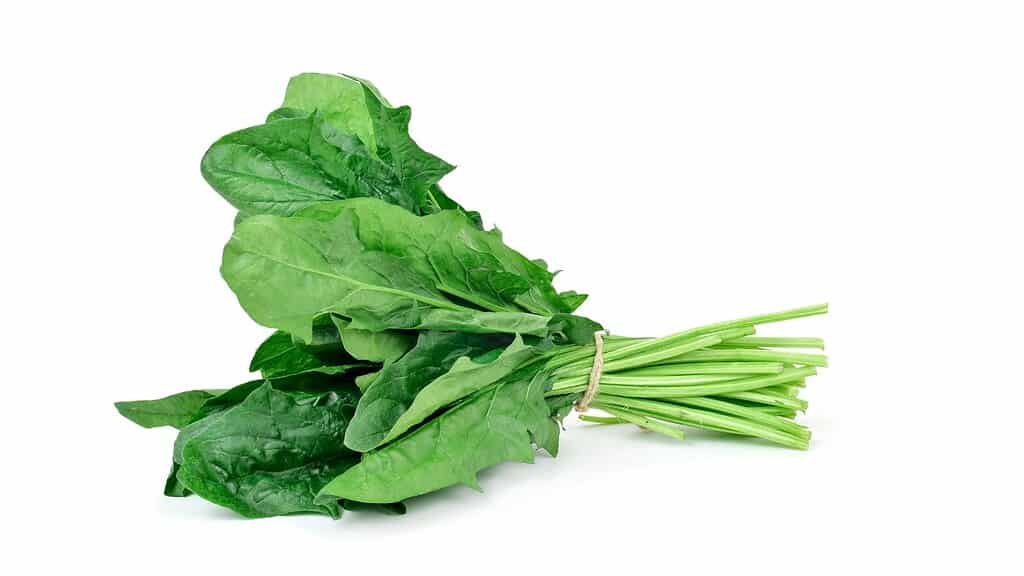 A bunch of raw spinach usually has two or three spinach plants. Retailers often tie spinach plants together into a bunch for ease of purchase. While a bunch isn’t a typical measuring unit, some recipes might call for a bunch or two of spinach.

Although spinach stems are edible, they are tough and don’t taste as good as the leaves. When we buy a bunch of spinach, we usually remove the leaves from the plant and prepare them for consumption.

So, the total weight of the spinach bunch is generally not the total quantity of spinach you have for cooking.

What Is a Bunch of Spinach?

A bunch of spinach is usually a grouping of two or three spinach plants tied together, including the leaves, stems, and partial roots. A bunch makes it easy for consumers to quickly grab a few spinach plants when grocery shopping.

An average bunch of spinach will have multiple servings of spinach.

What Is a Serving of Spinach?

A typical serving of spinach is two cups (60g) raw or one cup (30g) cooked. Once you remove the stems and separate the leaves from the bunch, there should be at least two or three servings of spinach remaining.

Related:  What's the Difference Between Sausage and Kielbasa? 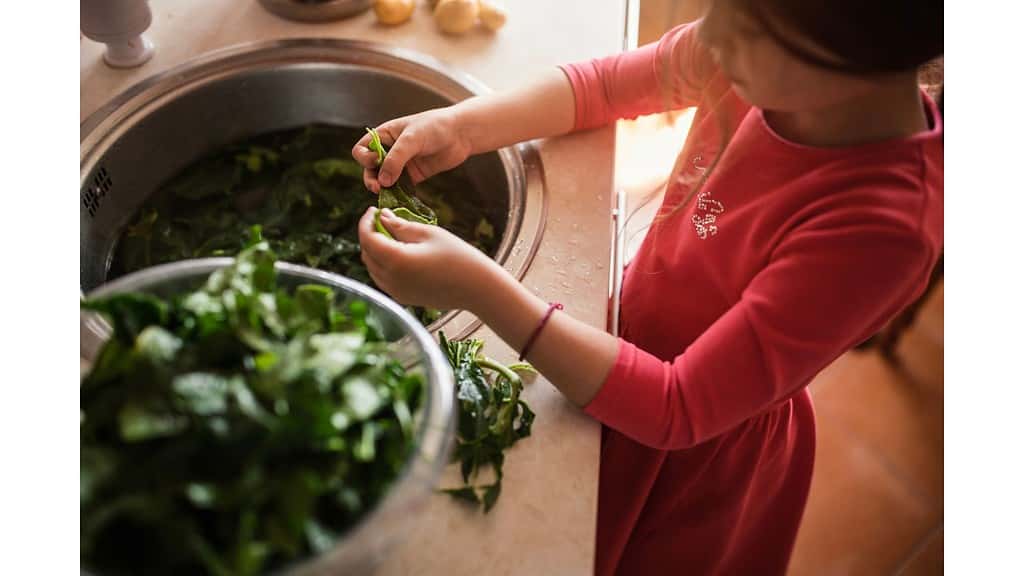 How Do You Measure a Bunch of Spinach?

How Many Cups Are in a Bunch of Spinach?

How Much Spinach Is in a Pound?

A pound is 16 oz. A bunch of spinach is about 12 oz. So, a pound of spinach would be a bunch and a quarter. One pound of raw spinach cooks down to about a cup.

How Do You Measure a Serving of Spinach?

You can use a food scale to measure a serving of spinach the same way you use it to measure a bunch. Take the raw clipped spinach leaves and place them on the scale, measuring 60 g.

You can also use a measuring cup – fill it with two cups of leaves.

How Many Leaves Are in a Bunch of Spinach?

There is no precise measurement to determine the number of leaves in a spinach bunch. A bunch usually contains a few spinach plants tied together. You can harvest a spinach plant once it has five to seven leaves.

So, a bunch might have anywhere from ten to thirty leaves.

What Exactly Is Spinach? 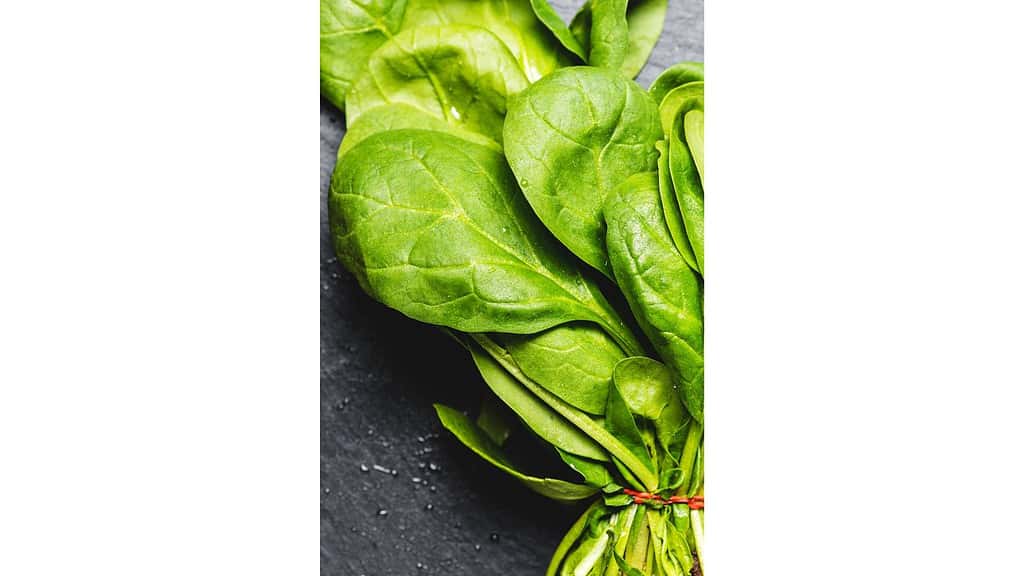 Spinach is an annual green leafy vegetable from the amaranth family. It is one of the healthiest foods – low-calorie, high fiber, and full of vitamins, minerals, and nutrients. It is readily available in markets year round and is easy to grow, prepare, and cook.

Related:  How Much Is a Bunch of Kale?

What Are the Nutritional Benefits of Spinach?

It is also low in calories. Because of its nutritional profile, spinach is a super-food!

Should You Clean Spinach Before Eating It?

You should always wash spinach under cool water before eating it. This includes spinach that you plan to eat raw and cooked spinach.

Spinach grows in the ground and might have dirt and bacteria on it. Pre-bagged spinach that is triple-washed is safe to eat without washing it again.

How To Eat Spinach 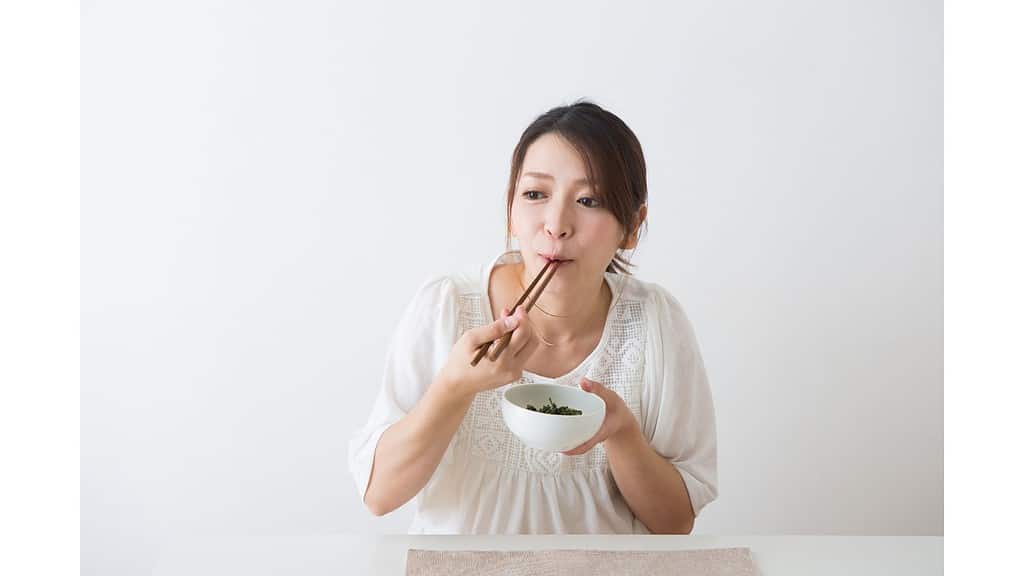 Spinach is a versatile vegetable. You can eat raw spinach plain, blend it into smoothies, or put it into salads. You can eat cooked spinach as a side dish or mix it into a meal like pasta.

Is Raw or Cooked Spinach Healthier?

Cooked spinach is healthier than raw spinach because it makes it easier for your body to absorb the nutrients. Cooking spinach reduces the content of oxalic acid and makes iron and calcium more digestible.

How To Cook Spinach

Spinach is easy to cook. You can steam, sauté, blanch, and even microwave it. During the cooking process, spinach shrinks substantially as it loses water, so plan on cooking more than you need. Plain spinach can be boring, so plan on jazzing it up with oils and seasoning.

A simple and delicious spinach recipe is to sauté it in olive oil with salt, pepper, garlic, and a squeeze of lemon. Start by removing the leaves of spinach from the plant. Wash the leaves under cool water and toss them in a pan with olive oil, minced garlic, salt, and pepper.

Related:  How Can You Tell When a Persimmon is Ripe?

Finish with a squeeze of lemon.

Can You Eat Too Much Spinach?

While spinach is a very healthy food, it can cause problems with excessive consumption. Excessive amounts of fiber in spinach may cause gas, bloating, and other gastrointestinal issues.

It also contains oxalic acid, which can cause kidney stones.

Spinach is a leafy green vegetable and nutritional powerhouse that is easy to grow, prepare, and cook. We value spinach for its vitamins, minerals, fiber, low-calorie content, and versatility in the kitchen.

Markets often sell spinach in bunches, which are three to four plants tied together. A bunch is usually about 12 oz of spinach and contains multiple servings. A serving of spinach is about two cups raw or one cup cooked.