Did you know that the United States Fire Administration responded to an average of 187,500 cooking fire incidents each year between 2017 and 2019? Those fires were responsible for the death of 165 people, 3,325 injuries, and a whopping $444 million in property losses.

Those statistics show how serious and disastrous it can be to leave an oven on unsupervised. But what happens if you leave the oven on overnight?

Why People Leave Their Ovens on Overnight

Some foods, such as the Hearty Dutch Oven Beef Stew, require a lot of time to cook. If you want to make a delicious meal, sometimes you might be forced to leave your oven on for most of the night.

Besides, some people could be having visitors or be holding a party. Because many people are coming and getting out of their homes, the oven may not have time to rest due to many hot drinks and foods needed.

The other reason why some families may decide to leave their ovens on overnight is when they want to warm their houses. While it is agreeable that there could be several legitimate reasons for leaving the oven on overnight, it could be a mistake!

Such a simple mistake could lead to a serious problem. Therefore, it is always advisable to ensure your oven is switched off before you sleep. However, you might still ask some questions. 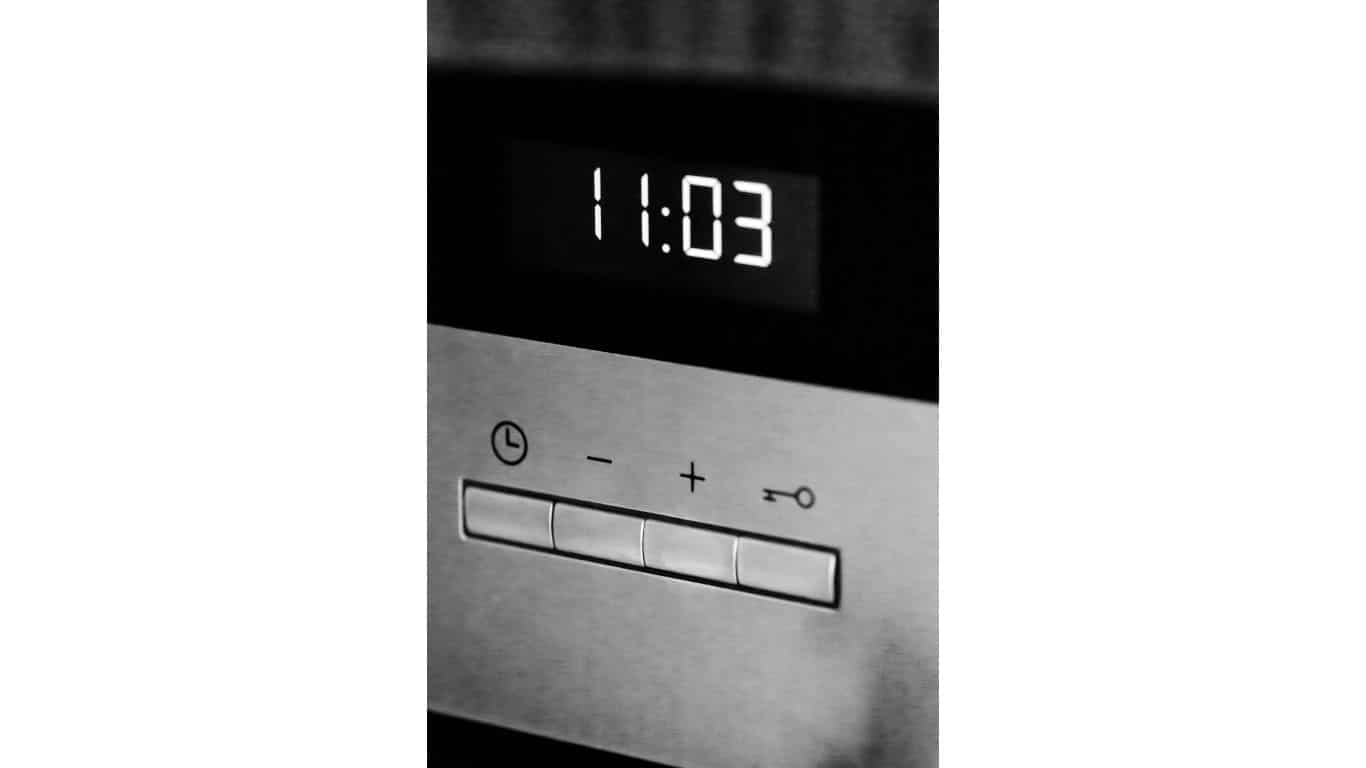 Will the Oven Turn Itself Off if Left On Overnight?

It depends on the model of the oven. Some electric or gas ovens are designed in such a way that they can switch off themselves automatically.

Some of the latest ovens (made from 1995 onwards) are likely to switch themselves off if left on.

These ovens often come with additional features such as a touchpad, making it easy to program them. Those that do not have a touchpad but are automatic usually come with a clock control segment.

However, these models are programmed to turn off after 12 hours of work.

If you have the latest electric or gas oven, you shouldn’t worry because the oven will either have a touchpad or a clock to program it. Otherwise, to be on the safe side, you need to check your oven’s specifications. 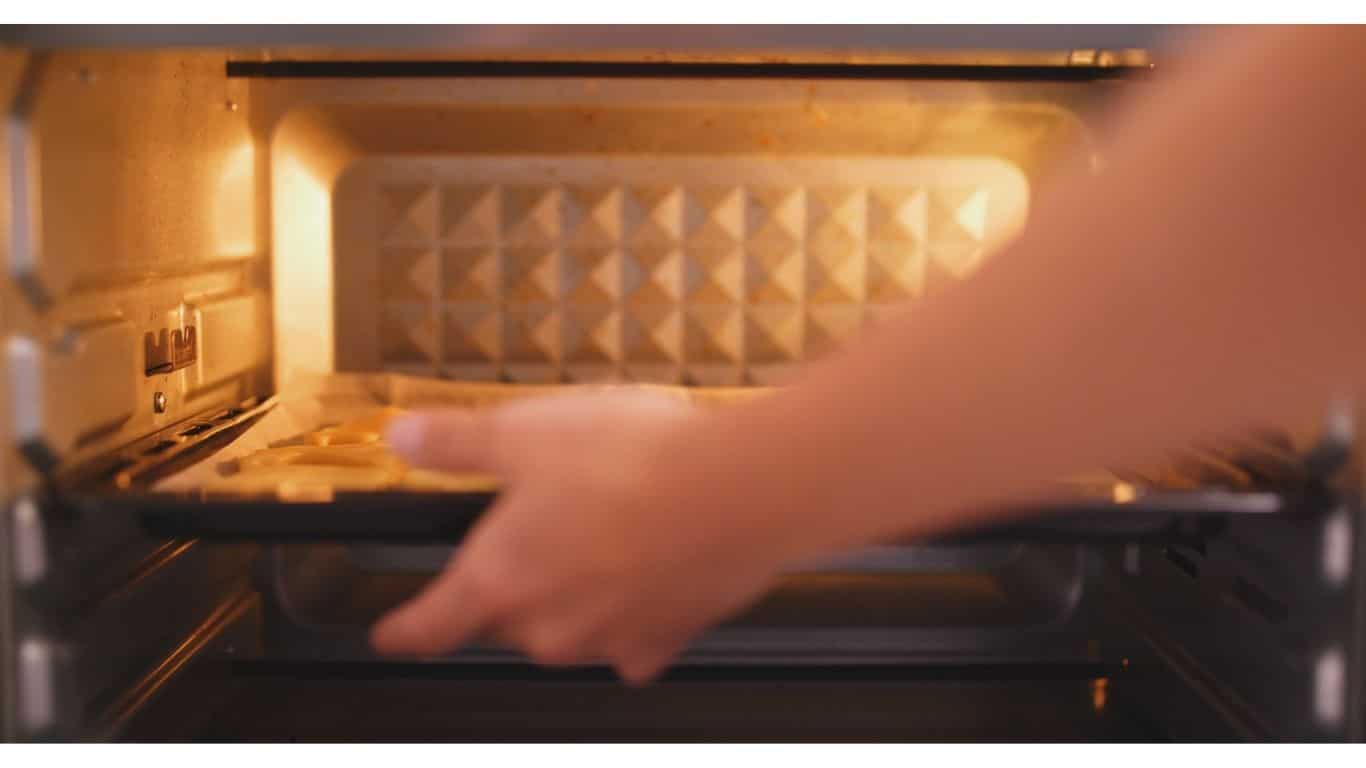 Can an Oven Catch on Fire if Left On?

By itself, the oven will not necessarily catch on fire if left on.

However, it might catch on fire if something is cooking, or the heat drains all the water. The oven door, too, needs to be correctly closed.

Here are some fire trigger, should you leave the oven on for a long time unsupervised:

Related:  Left Eggs in Car Overnight - Are They OK? 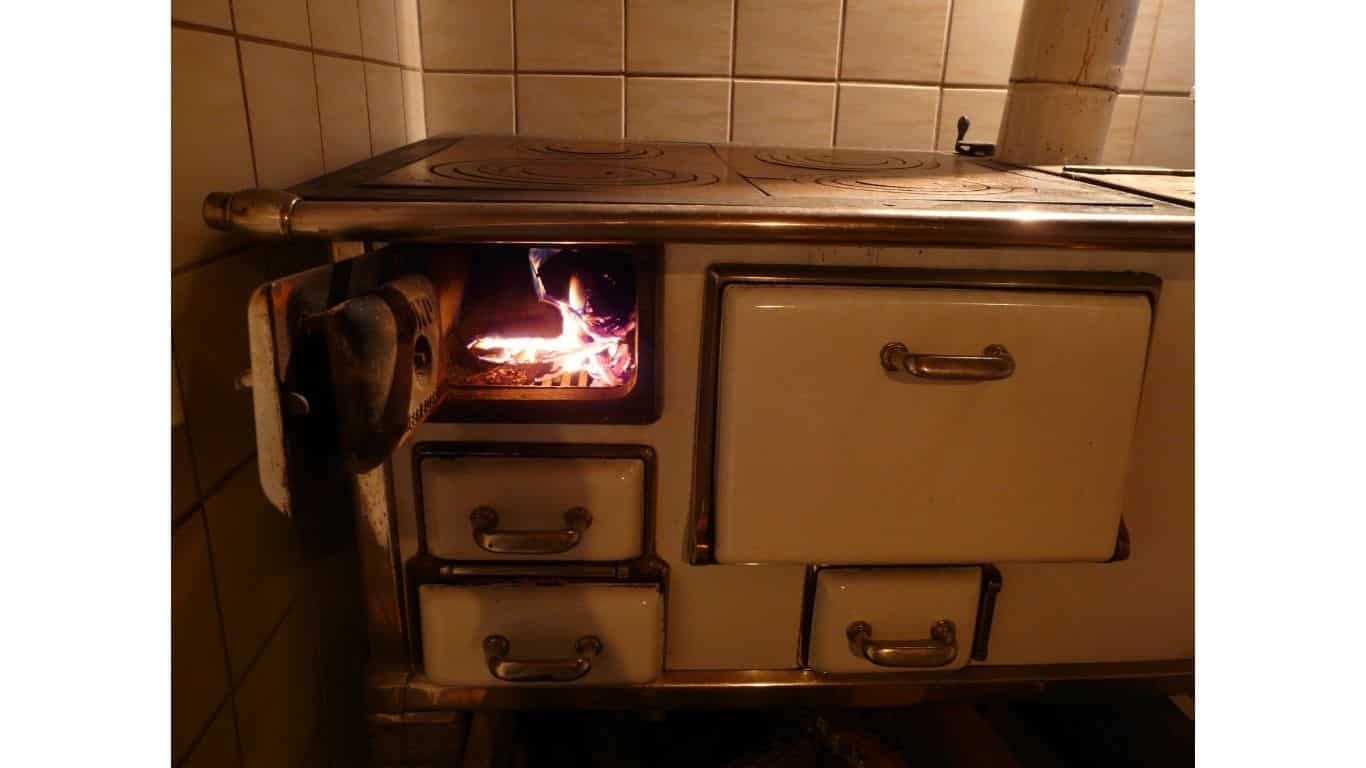 Although electrical faults or gas leaks are the common causes of ovens catching on fire, other human mistakes can contribute, as well.

Here are some things you can or cannot do when using an electric or gas oven. 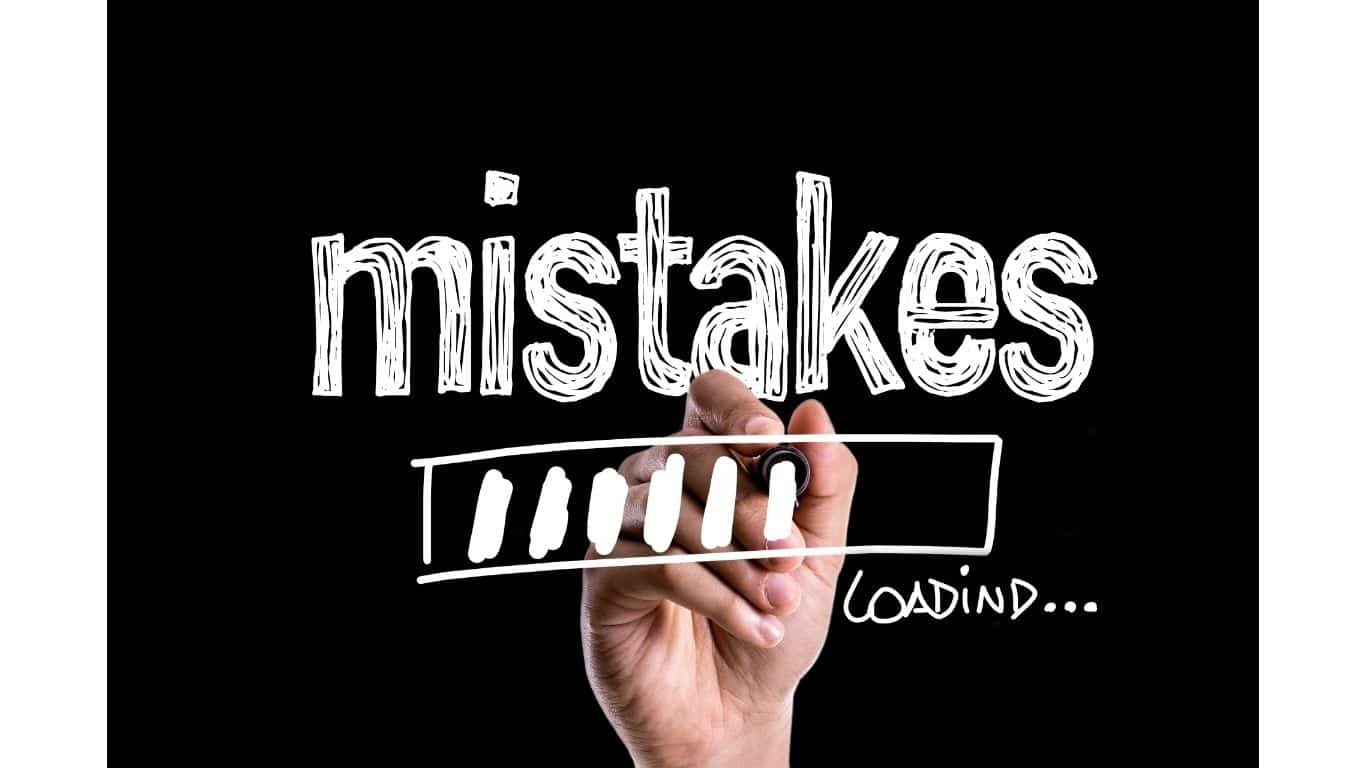 Cooking is tedious and time-consuming. At times, you could be cooking while your must-watch soap is airing on TV, or it is prime time when you want to catch up with the day’s latest. As such, you can be distracted, making it easy for you to leave food scraps on your oven.

With the food scraps stained on your oven, it is only a matter of time before your oven catches on fire. To avoid this simple mistake, make it a routine to clean off food scraps from your oven.

According to the National Fire Protection Association (NFPA), food ignition is one of the leading causes of kitchen fires. The NFPA says cooking was the second leading cause of all home fire deaths in the United States between 2015 and 2019.

In other words, setting your oven to the highest temperature is the same as ‘igniting’ your food, something that can cause a kitchen fire. On that, NFPA advised homeowners to set the correct temperatures on their ovens and ensure they monitor their cooking.

For the best practice, set the correct cooking temperature for your recipe. Avoid coming up with a high temperature when cooking because you are feeling either hungry or late for work. 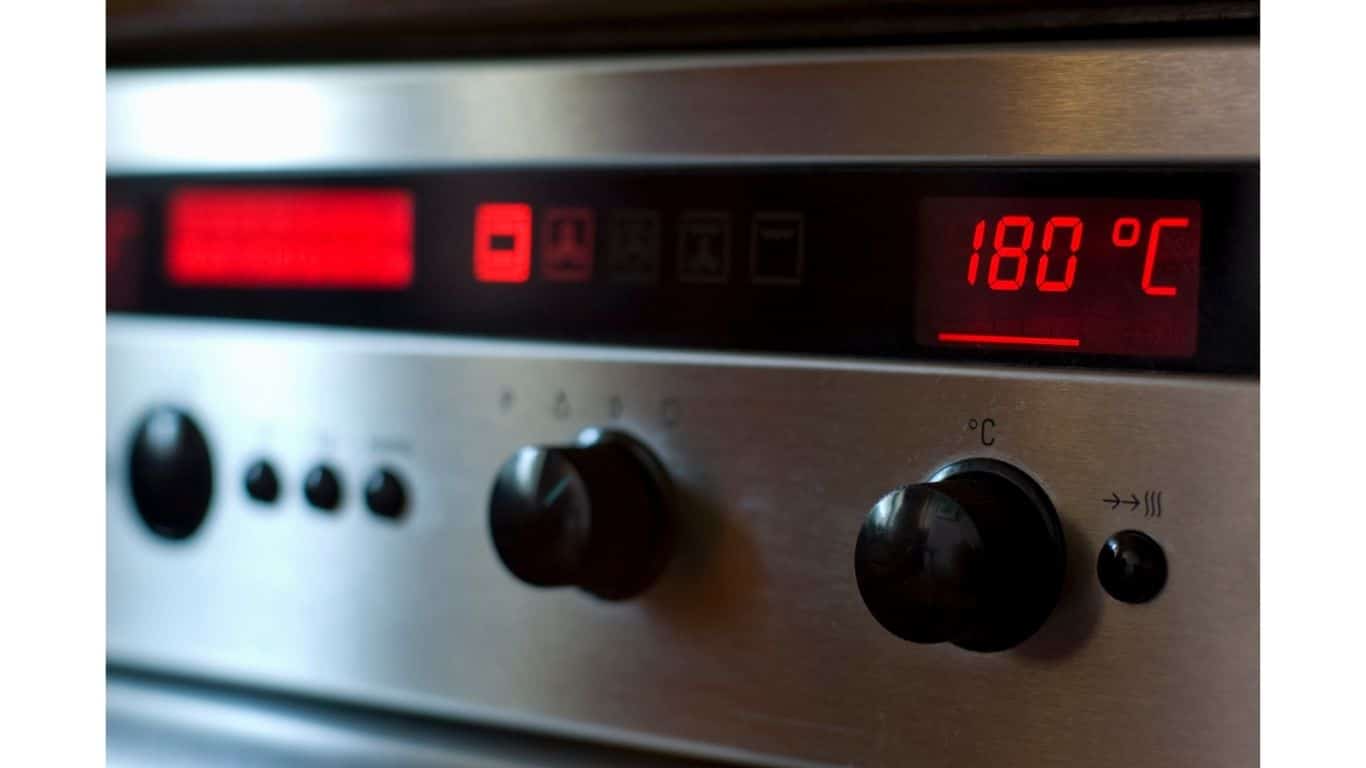 Indeed, most foods we cook at home don’t require baking sheets. However, some do. Foods such as pizzas, pies, and cobblers need a baking sheet. You can use the sheet directly or decide to place it on the oven rack.

A baking sheet helps prevent excess liquid dripping from food to reach some of the ‘unwanted’ parts of the oven.

If you forgot to use the baking sheet or do not have one, ensure you clean the oven thoroughly. The aim is to remove all the grease and oil that might catch on fire the next time you use the oven.

Ideally, every oven has its user’s manual, which details how to use it. Before you use the oven, you are expected to read every detail. Unfortunately, because of the nature of life with a lot to do within a short time, you might not have enough time to read the whole manual.

Some modern machines allow you to press a button when cooking certain foods. However, the downside is that not all foods you cook are captured on the LCD display or in the manual, giving you room to develop your temperature settings.

Related:  Can You Cook Pasta in the Sauce? (And How To)

For instance, setting your oven to a baking mode when broiling can be disastrous.

How Long Can You Leave an Electric Oven On?

Substantially, even if left on for long, the electric oven burner will not cause damage. However, there might be damage if you put something on the burner.

Some cooking pots resist a lot of heat for a long time.

Besides, anything that is weak and near the hot burner is likely to catch on fire. Therefore, it is always advisable that you ensure nothing weak is close to the burner if you plan to let it remain on for long. 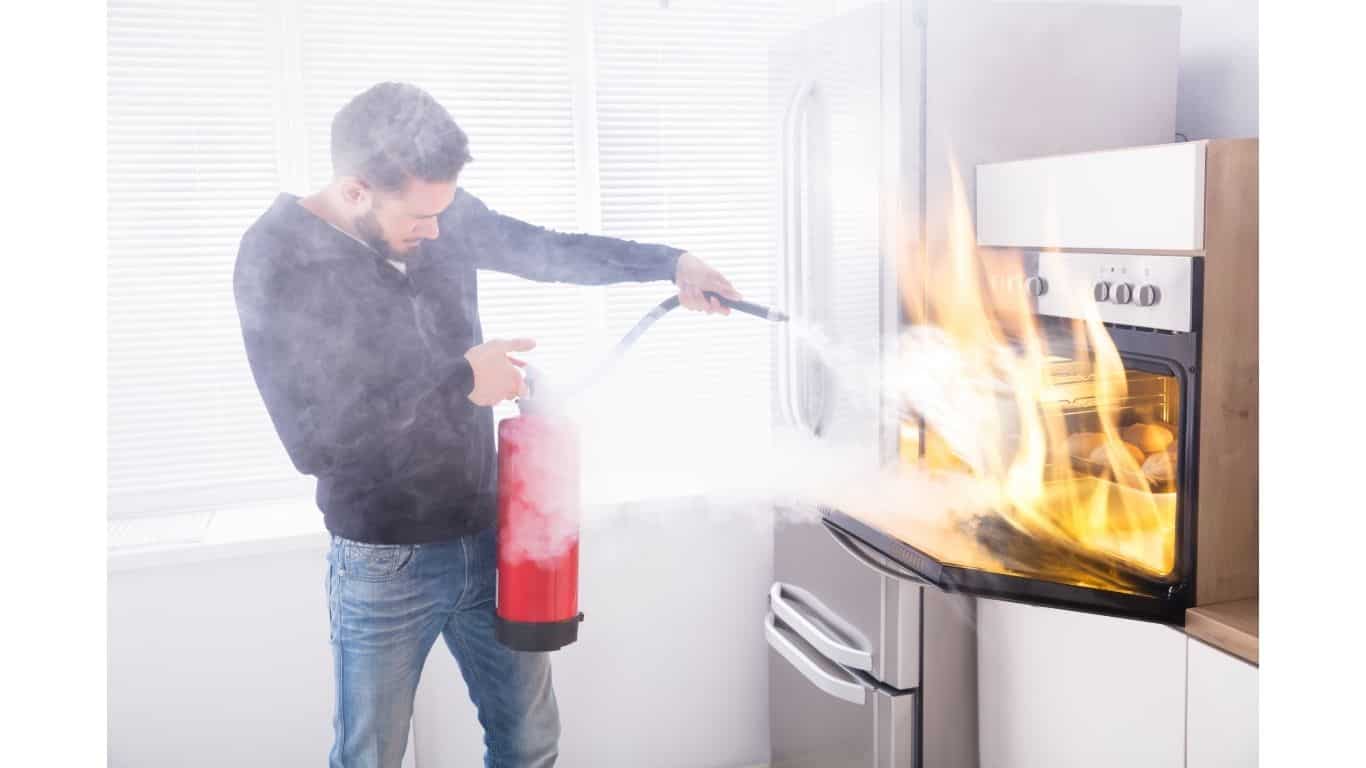 What Happens if You Leave a Gas Oven On?

A gas oven left on for a long time can lead to the emission of excess carbon monoxide, which is poisonous.

The U.S Fire Administration recommends staying in the kitchen while preparing your food. 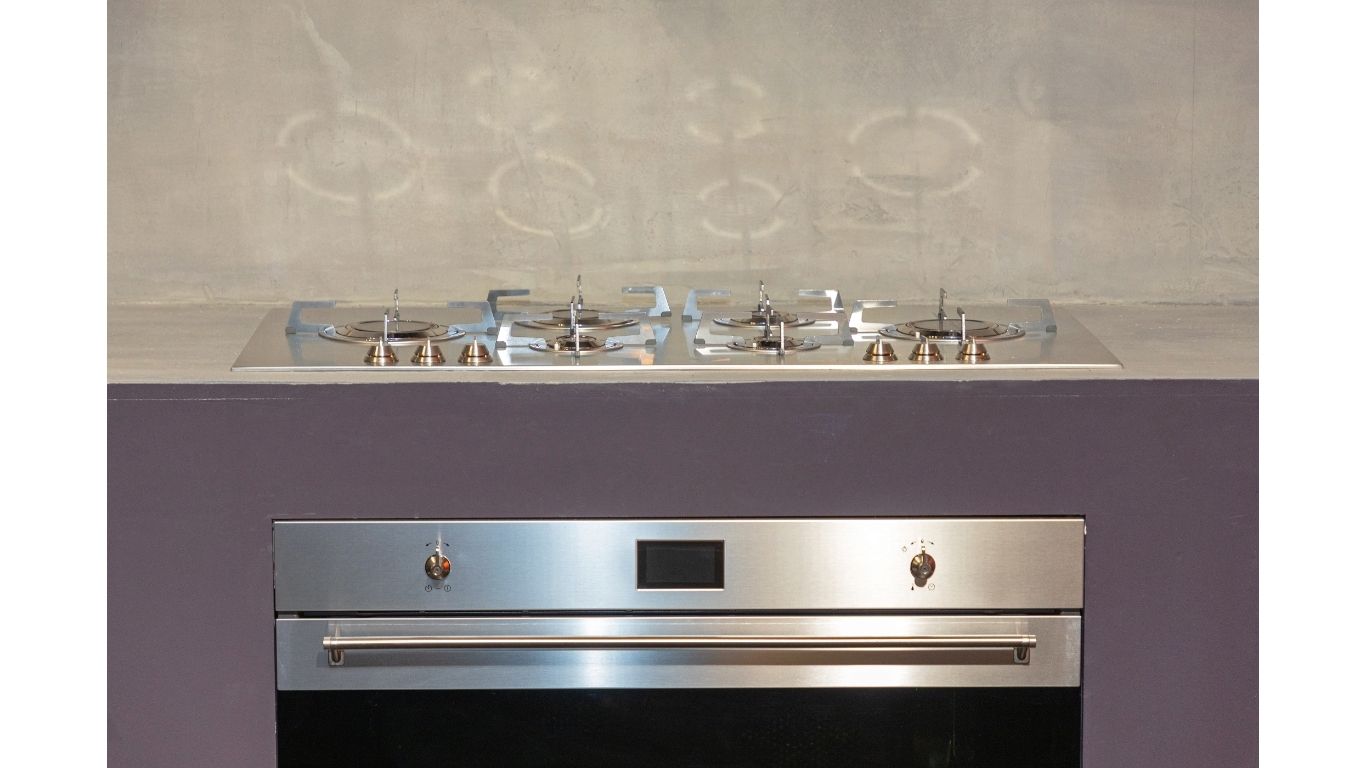 Is it Ok to Leave an Oven Door Open for Heat?

It is not advisable to leave the oven door open for whatever reason. Keep the oven door closed when in use because opening the door means losing the heat that is supposed to be used for cooking or heating.

Experts say that up to 25 degrees Celsius of heat escapes when the oven door is open, even if it is momentarily.

The oven will require a lot of energy to recover or even get back to its temperature prior to opening it.

Is it Unsafe to Leave the Toaster Oven On?

Like electric ovens, it can be dangerous to leave toaster ovens on for a long time. However, with some insights, you will minimize the chances of causing fire accidents in the kitchen when using toaster ovens.

Here are some of the safety tips when using toaster ovens: 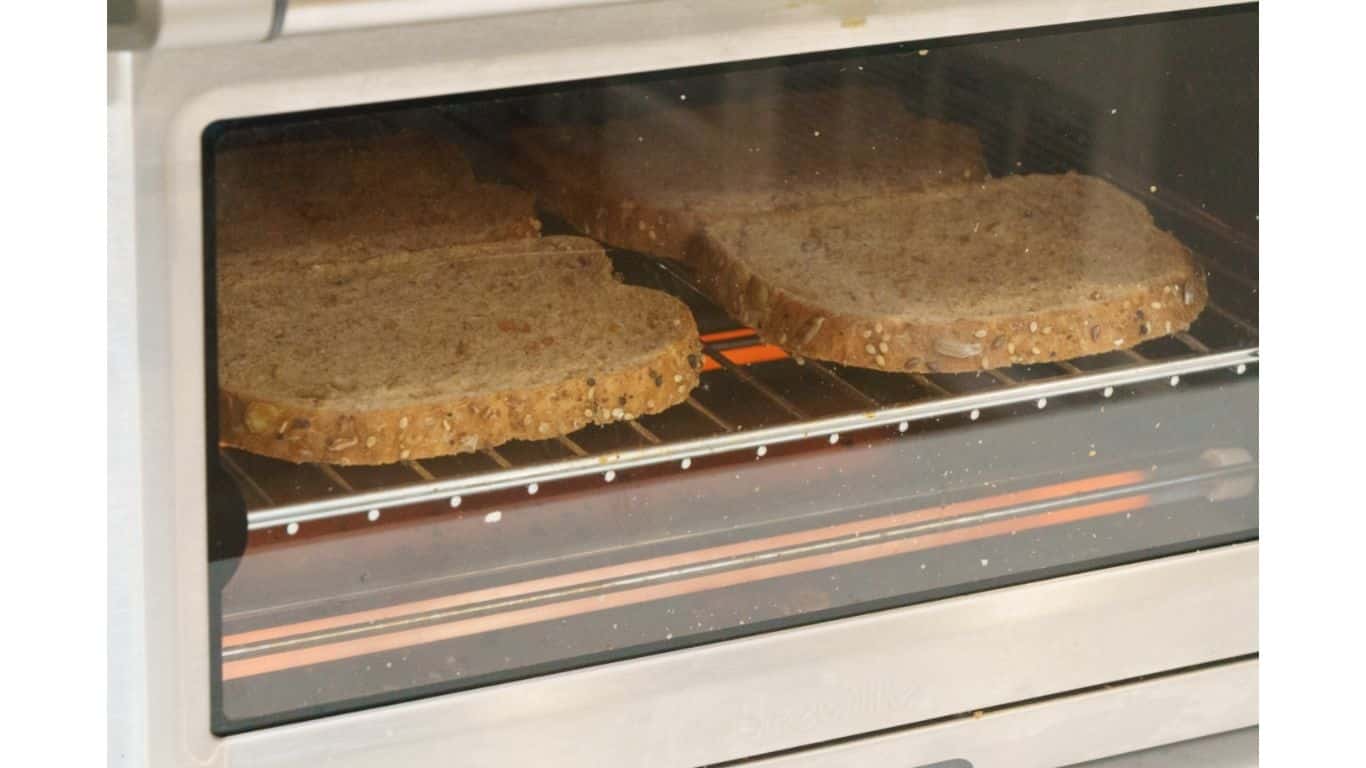 Can You Get Carbon Monoxide Poisoning from Leaving the Oven On?

All gas ovens emit carbon monoxide when the gas flames heat the oven. Ideally, gas ovens are faster and safe to use in most homes. However, if natural gas doesn’t burn thoroughly as expected, thus burning partially because of lack of ventilation, the gas oven emits a by product called carbon monoxide, which is fatal.

It is hard to detect carbon monoxide (CO) because it is color less and odor less. Inhaling the gas leads to severe health conditions.

Related:  What Is The Best Sandwich Lettuce? (Our Take)

According to Medical News Today, the gas itself cannot be detected with our five senses, so humans and animals do not notice when it’s present in the air.

On its part, the Centers for Disease Control and Prevention (CDC) says that more than 400 Americans die each year due to CO poisoning. CDC says that each year, there are more than 4,000 hospitalizations and over 20,000 emergency visits to the hospital.

Inhaling large amounts of carbon monoxide leaves you overwhelmed, unconscious, and within no time, you might suffocate.

Some of the known signs of carbon monoxide poisoning are:

Can I Heat My House with an Electric Oven?

You should not heat your home with an electric or gas oven. The two are not designed for heating homes. If turned on for a long time, an electric oven may cause a fire, while a gas oven may emit carbon monoxide, which is a fatal gas.

If you do not have a home-heating system and still want to warm your house a little, one of the family members should stay awake to monitor the electric oven.

The individual must ensure enough air flows into and out of the house.

In addition, you should be prepared in case a fire breaks out. You should have some First Aid equipment, including a fire extinguisher, a heavy blanket or tarp to cover the fire, water, salt, and baking soda. 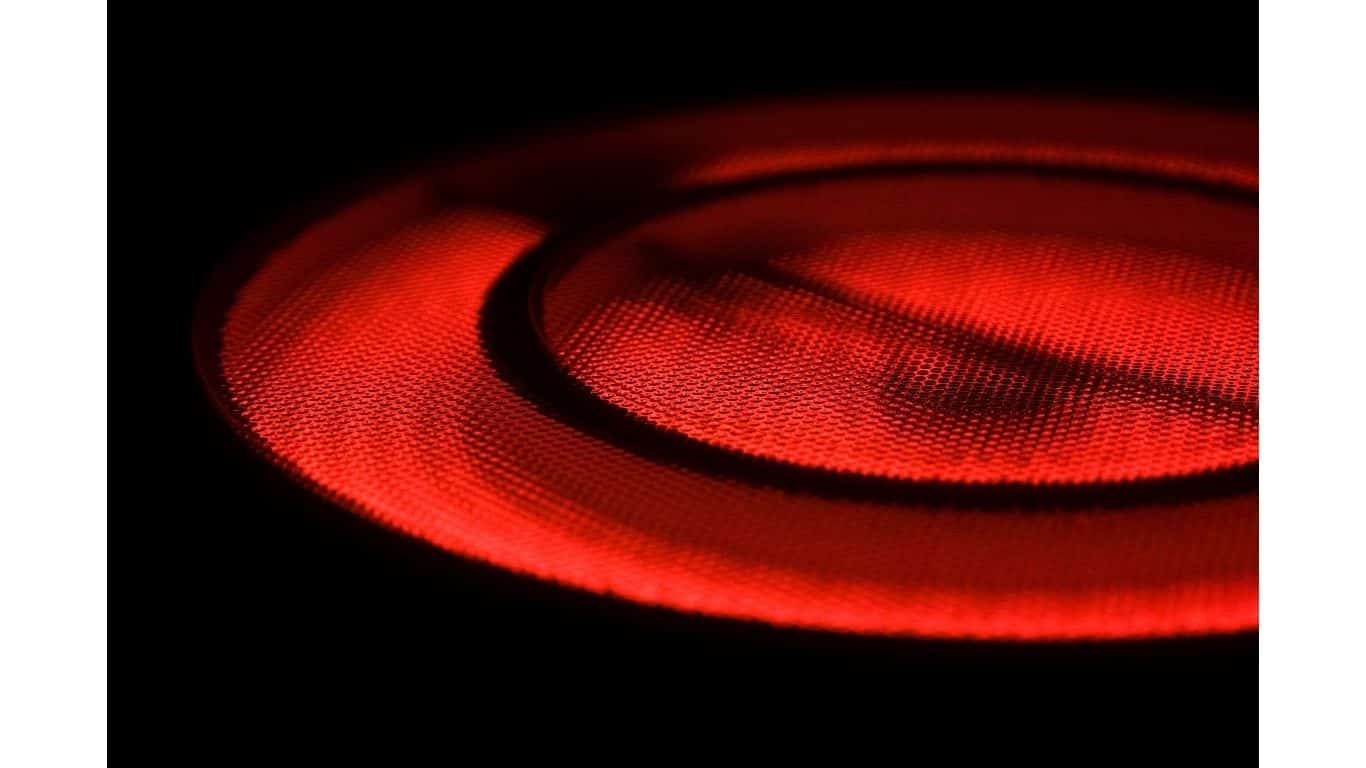 Here are some of the frequently asked questions.

Can I leave the oven open for heat?

It is not safe to use your oven to heat your home. Leaving an electric oven on for long can cause a fire, while a gas oven left unattended can lead to carbon monoxide emission.

Is it bad to leave the electric oven door open after baking?

If you have finished cooking and the electric oven is off, then there is no harm in leaving the door open for extra warmth for the house.

How long can you leave an electric oven on with nothing in it?

Whether electric or gas, you can leave the oven on for up to 12 hours. Modern ovens are designed to switch off themselves after 12 hours.

What type of oven is best?

Electric ovens tend to deliver the best results. They have quality heat distribution and do not emit carbon monoxide.

You can never go wrong with electrical or gas ovens with good practices. A modern oven will deliver exceptional results but do not overburden it with the task of heating your home. Always be in the kitchen when cooking.

If you intend to leave the oven on overnight, ensure someone is watching as the rest sleep. Open the windows for proper air circulation and keep the stove away from the wall, curtains, or anything that might catch on fire.

You now know that the electric oven can cause fire, while the gas oven may emit carbon monoxide. Always be in the kitchen while preparing food or let someone keep watch.