Trying to come up with actual food that has three letters can be challenging, especially because the internet will try to include items that aren’t food, like gin, tea, and ice. There are hundreds, if not thousands of foods globally, making it hard to come up with foods with a maximum of three letters.

We have gone out of our way and found a complete list of 17 foods, rich in different nutrients, minerals, and vitamins, to give you an easy time identifying the food with three letters.

Here is a comprehensive list of foods with three letters that exist worldwide. 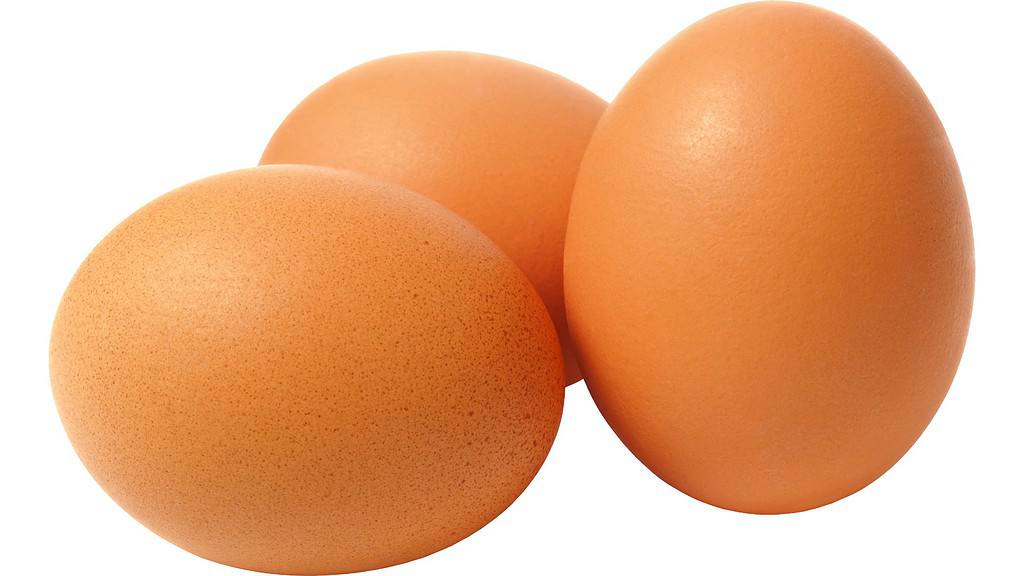 An egg has a hard outer shell made of calcium carbonate, which protects the inside of the egg. The inner part of an egg consists of three main parts:

Eggshells are porous, absorbing odors.  So it’s essential to store eggs in a clean, dry place away from strong-smelling foods. You can peel hard-boiled eggs more easily if they are slightly older, as the shells will have more time to shrink away from the egg.

Eggs are a good source of protein, vitamins, and minerals, and you can cook them in various ways, including frying, scrambling, boiling, and baking. 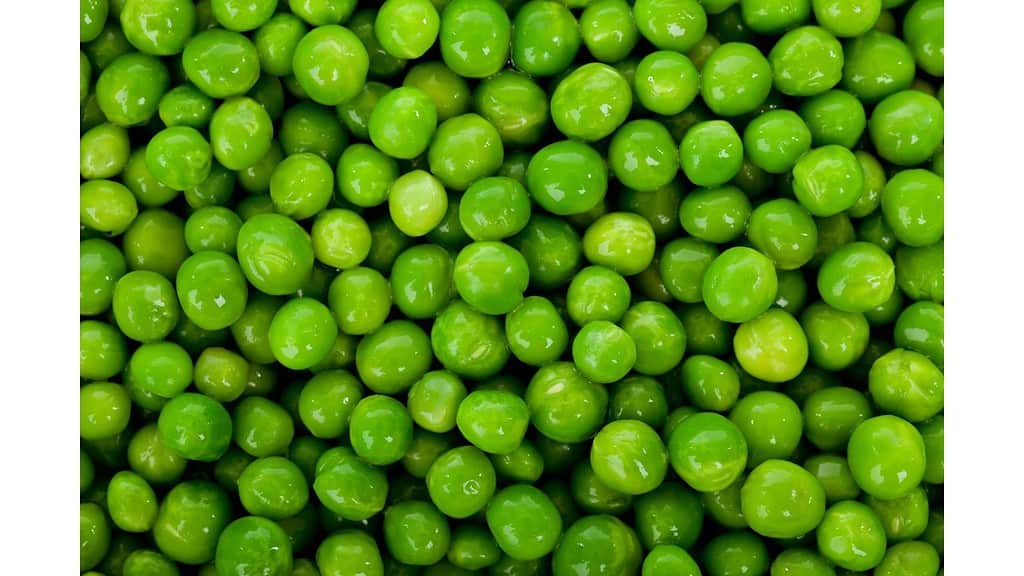 Peas are a type of legume that is native to the eastern Mediterranean and Asia Minor regions. Several pea varieties are consumed as vegetables, including garden peas, snow peas, and snap peas.

You can eat them fresh, frozen, or canned, or include them in soups, stews, and casseroles. Here are a few fun facts about peas:

They have been cultivated for thousands of years and are now grown in many parts of the world. 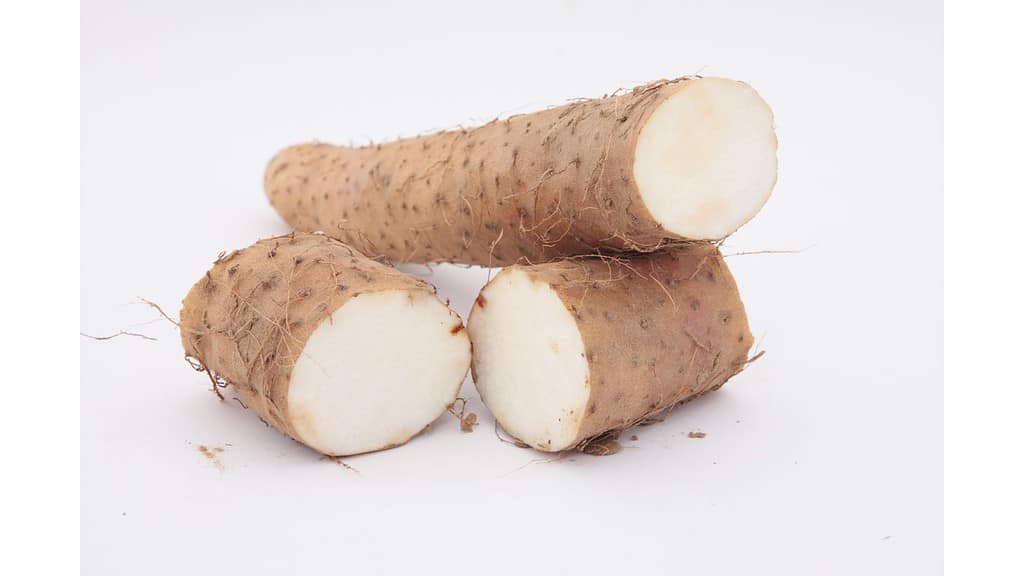 Yams are a type of tuberous root vegetable native to Africa, Asia, and the Caribbean. They are a staple food in many parts of the world, known for their high carbohydrate content and thick, rough skin.

There are over 600 varieties of yams, which vary in size, shape, and color. They are typically grown in tropical and subtropical regions. You can eat them boiled, baked, or mashed. Yams are also a good source of nutrients, including potassium, vitamin C, and vitamin B6. They have a long shelf life– for several months. 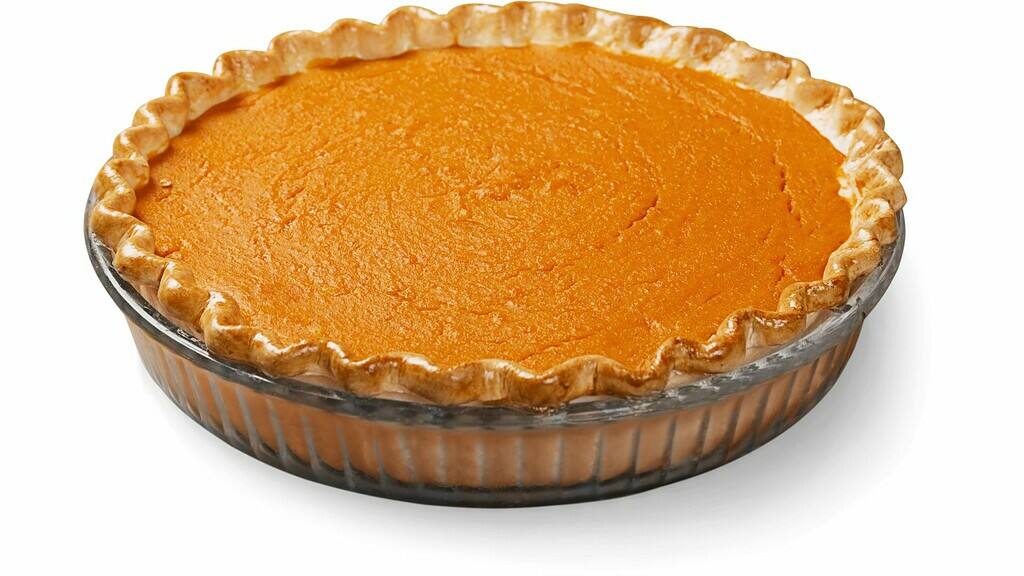 A pie is a baked dish made of a pastry dough crust and a filling. The filling can be sweet or savory from various ingredients, such as fruit, vegetables, meat, or a combination. Pie varieties include fruit pies, cream pies, savory pies, and tarts.

Some examples of pies include apple pie, pumpkin pie, pecan pie, and chicken pot pie. Pies are a popular dessert in many parts of the world, served on special occasions and celebrations.

The largest pie ever baked was a cherry pie that weighed 17,420 pounds and was 12 feet in diameter, baked in Oliver, British Columbia, Canada 1999. 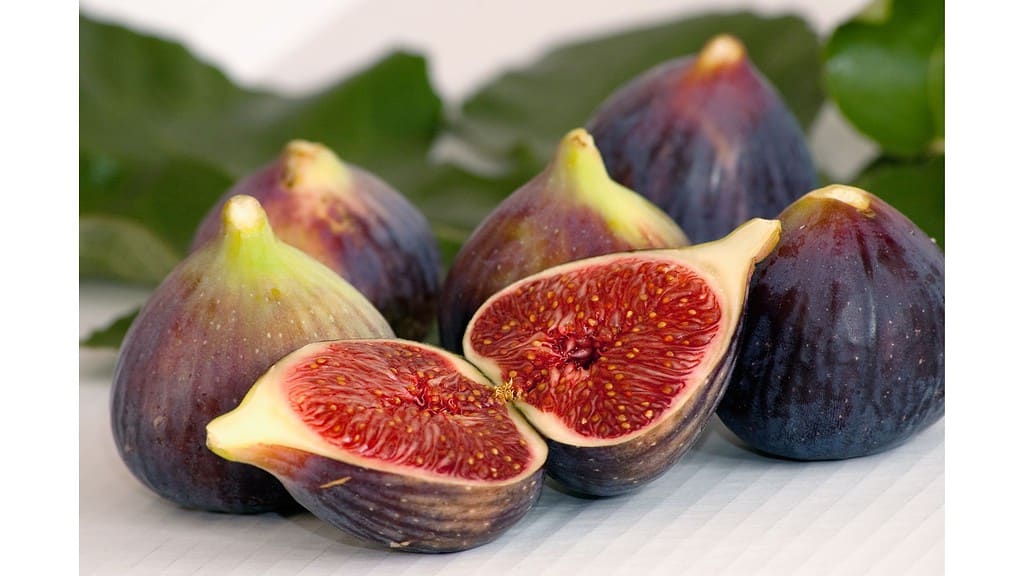 Figs are native to the Middle East and have been cultivated for thousands of years. They are mentioned in the Bible and were a staple food in ancient Egypt. They are a type of flower that inverts into itself, with the flowers blooming inside the fruit.

Figs are a good source of fiber, potassium, and antioxidants. There are over 750 varieties of figs worldwide, with different flavors, textures, and colors. Figs are not real fruit because they do not have seeds. Instead, they have tiny, seed-like structures called “achenes.”

The fig wasp plays a vital role in the pollination of figs. The female wasp lays eggs inside the fig, and when the eggs hatch, the larval wasps eat their way out, pollinating the fig as they emerge.

Figs are a popular food in many cuisines. You eat them fresh, dried, in sweet dishes like fig bread, cookies, and pies, or savory dishes like fig and prosciutto pizza or fig and goat cheese salad. 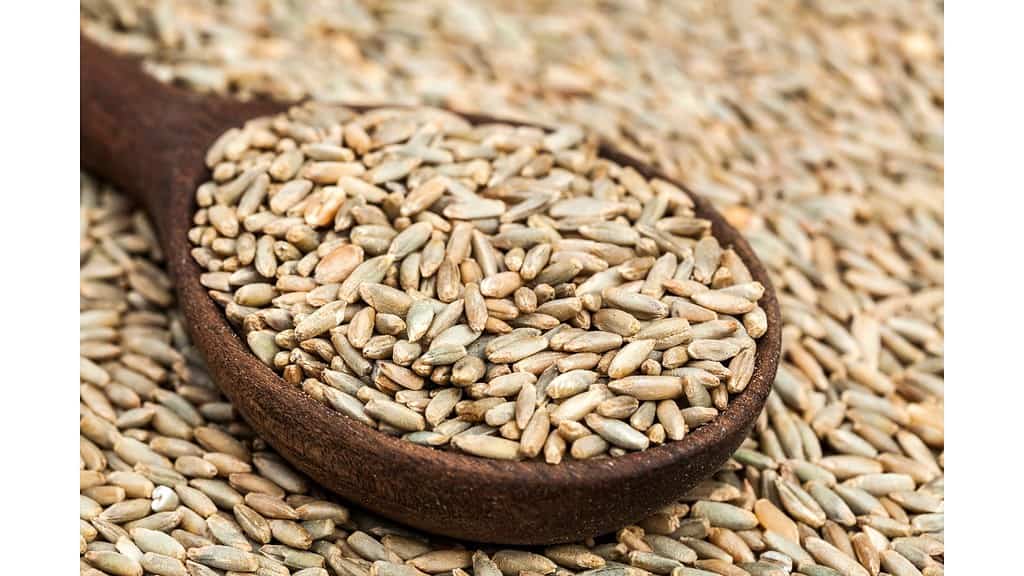 Rye is a cereal grain closely related to wheat, barley, and oats. It is grass grown for its seeds and used to make flour, bread, beer, and other products. Rye is native to Asia and Europe and it’s particularly popular in Eastern and Northern Europe, where it makes different types of bread and other baked goods.

Rye is a hardy grain that can grow in poor soil conditions and harsh climates. It is resistant to drought and can tolerate colder temperatures than many other grains. Rye flour is lower in gluten than wheat flour, which makes it less elastic and denser. This makes it challenging to work with when making bread, but it gives rye bread its distinctive chewy texture and flavor.

In addition, it makes whiskey and other spirits. Rye whiskey comes from a mash of at least 51% rye grain, and it has a spicy, robust flavor that is distinct from other whiskeys.

Rye is a good source of fiber, protein, and other nutrients. It contains high levels of antioxidants that are linked to various health benefits, including reduced risk of heart disease and diabetes. 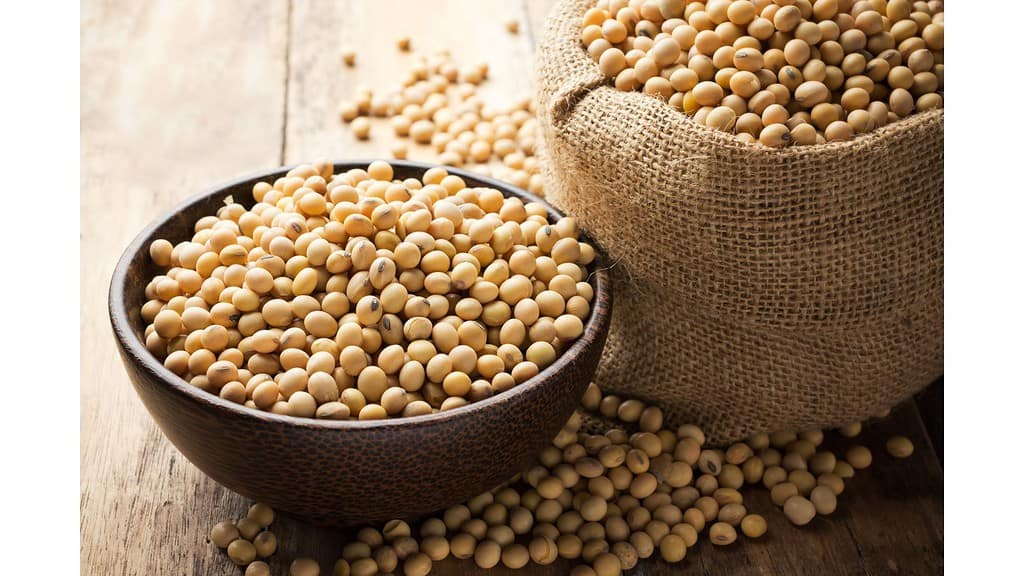 Soy is a plant native to East Asia and is widely grown for its beans. It’s used to make various products, including tofu, soy milk, and vegetable oil. The soybean is a type of legume high in protein and a good source of nutrients like fiber, iron, and calcium.

Soybeans can make animal feed and industrial products, such as plastics, paints, and lubricants. They are a popular crop because they are relatively easy to grow and are resistant to pests and diseases.

Soy has been a staple food in many parts of the world, particularly in East Asia, for centuries. It is a key component of many traditional dishes, such as miso soup and soy sauce. In addition, you can use soy in different modern vegetarian and vegan products as a meat substitute.

Some studies have suggested that soy may have many health benefits, including reducing the risk of heart disease and certain types of cancer. However, there is an ongoing debate about the health effects of soy, and there’s a need for more research to understand its potential benefits and risks. 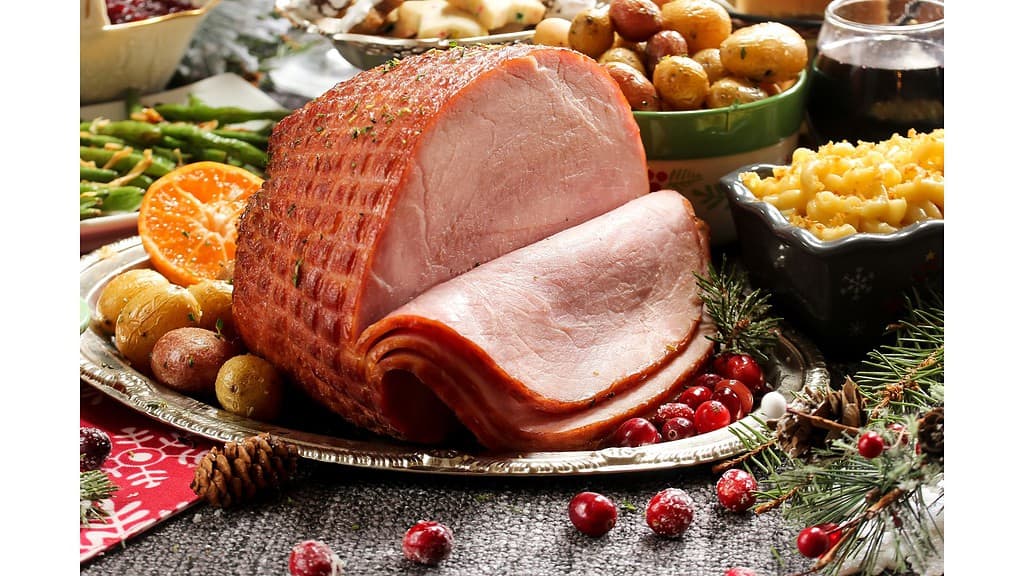 Ham is a type of cured or smoked pork popular in many parts of the world. It is made by preserving the hind leg of a pig through a process of salting, drying, or smoking. Different types of ham include prosciutto, serrano, and black forest ham, and vary in flavor, texture, and preparation methods.

The process of curing and preserving pork through salting and drying has been used for centuries to extend the shelf life of meat and make it more portable. Ham is still a popular food today and is enjoyed worldwide as a tasty and convenient source of protein. 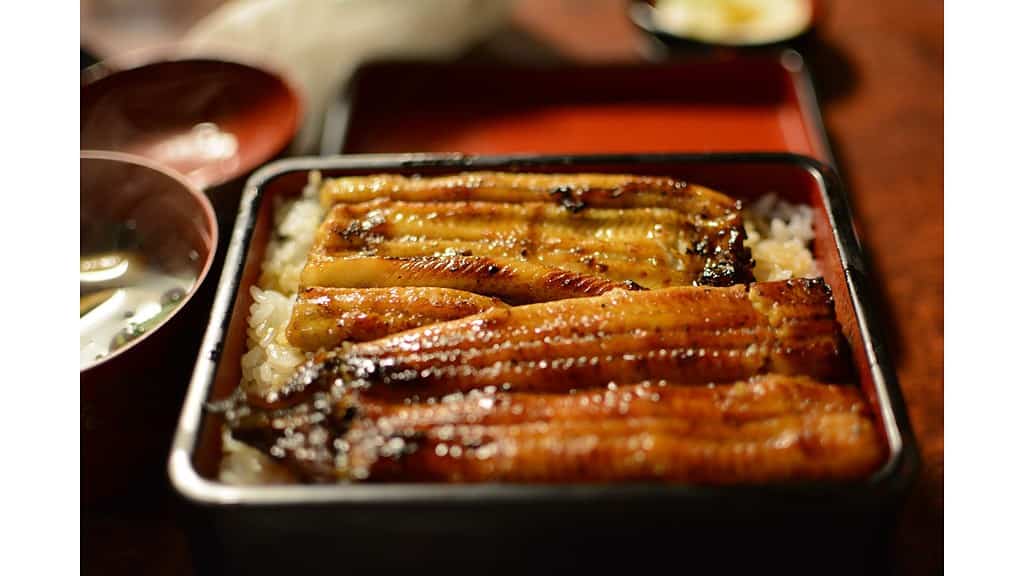 Eels are considered edible and are a popular food in many parts of the world. They are eaten in Japan as a delicacy used in various dishes, such as unagi (grilled eel) and kabayaki (eel broiled with a sweet soy glaze).

Eels are an excellent source of protein, omega-3 fatty acids, and other nutrients. They are served as sushi or sashimi in Japan and are used in other dishes, including eel stew, eel pie, and eel and potato cakes.

It is worth noting that some species of eels can be poisonous if not prepared properly, so be aware of the type of eel you are consuming and ensure it is properly cooked. 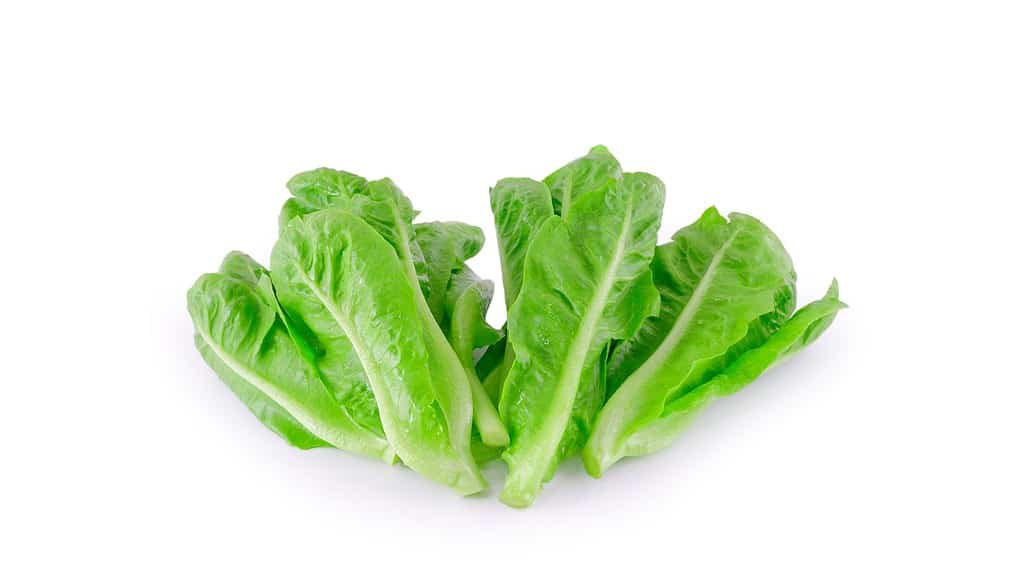 Cos lettuce, also known as Romaine lettuce, is a leafy green vegetable native to the Mediterranean. It is a popular ingredient in salads and sandwiches and is known for its crunchy texture and slightly bitter taste. Here are some interesting facts about cos lettuce:

Cos lettuce’s name is derived from the Greek island of Kos, where it was believed to have originated. It has long, narrow leaves attached to a central stalk and is dark green with a crunchy texture.

Cos lettuce is a good source of vitamins A, C, and K, as well as folate and other nutrients. It is also low in calories, making it a popular choice for people looking to maintain a healthy diet. 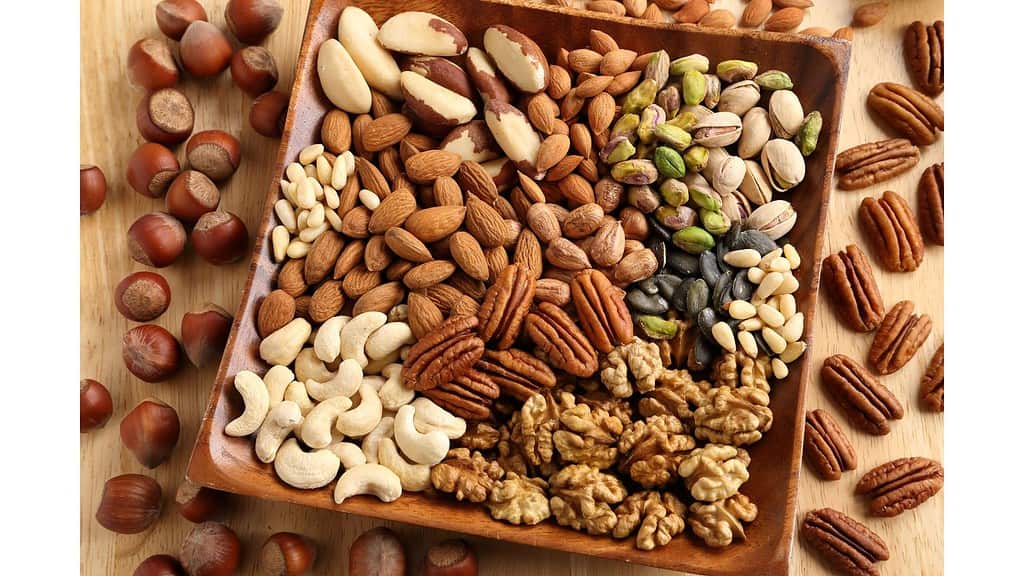 A nut is a type of dry fruit that is typically hard, crispy, and edible and used in cooking and baking. Nuts are high in protein, fiber, and healthy fats and are a good source of nutrients, such as vitamins and minerals.

There are many nuts, including almonds, peanuts, cashews, hazelnuts, pecans, pistachios, and walnuts. Each type of nut has a unique flavor and texture and can be used in multiple dishes and recipes.

Some nuts are high in antioxidants, substances that protect the body’s cells from damage caused by free radicals. For example, walnuts are rich in antioxidants and have been linked to many health benefits, including reducing the risk of heart disease and cancer. 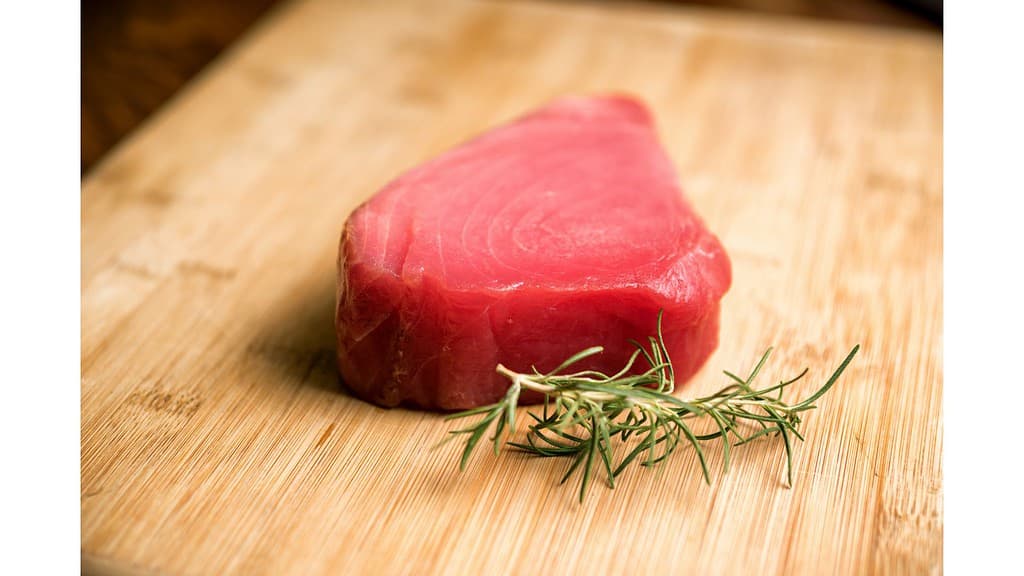 Ahi is a term used to describe several species of tuna, including yellowfin tuna and bigeye tuna. Ahi tuna is a good source of protein, omega-3 fatty acids, and various vitamins and minerals, including vitamin B12, niacin, and selenium.

Ahi tuna can be cooked in different ways, including grilling, searing, and raw in dishes such as sushi and sashimi. Some types of tuna, including ahi, are overfished and are at risk of becoming endangered. So, choose sustainably-sourced ahi or consider eating other seafood as a more sustainable option. 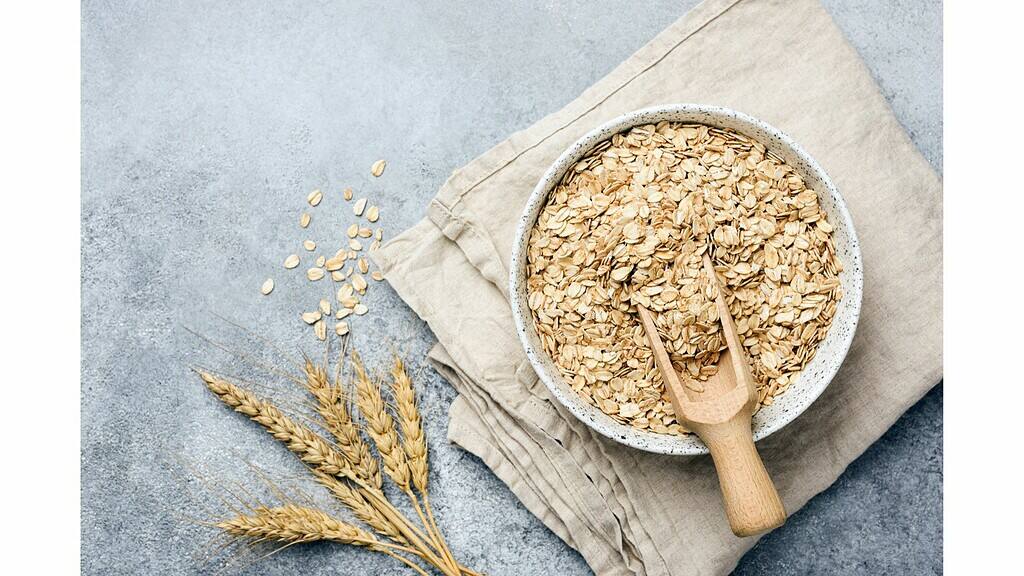 Oats are a good source of fiber, protein, and nutrients such as thiamin, iron, and zinc. They are also high in antioxidants and have been linked to various health benefits, including a reduced risk of heart disease and diabetes. 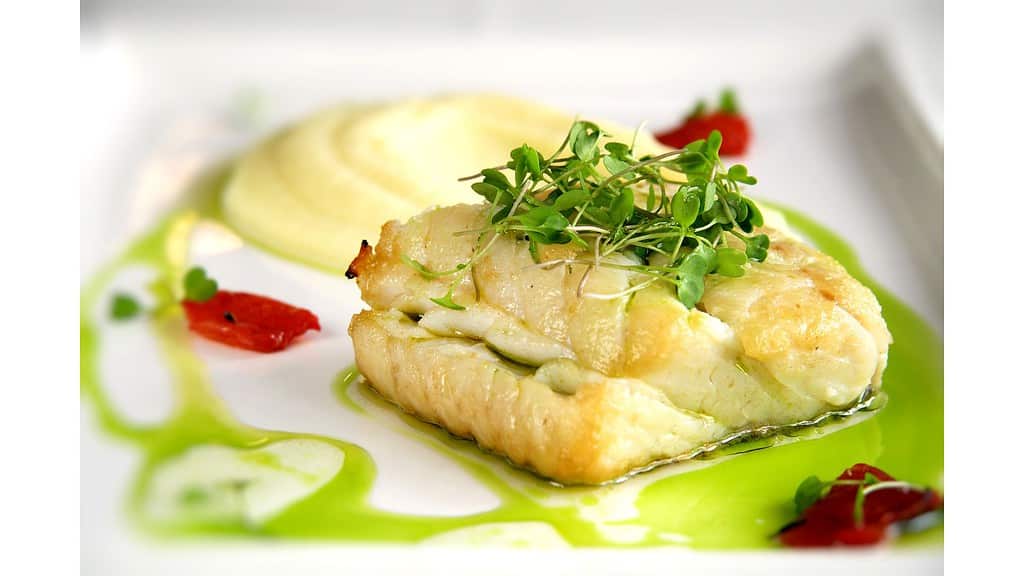 Cod is a saltwater fish in the North Atlantic and the Arctic Ocean. It is a popular food fish used in fishmeal and fish oil production. It’s known for its white, flaky flesh, mild flavor and is a good source of protein, vitamins, and minerals, including vitamin B12, niacin, and phosphorus.

There are several different cod species, including the Atlantic cod, Pacific cod, and Greenland cod. You can cook Cod in different ways, including baking, grilling, frying, and steaming. It is also commonly used in dishes, like fish and chips, chowder, and fish cakes. 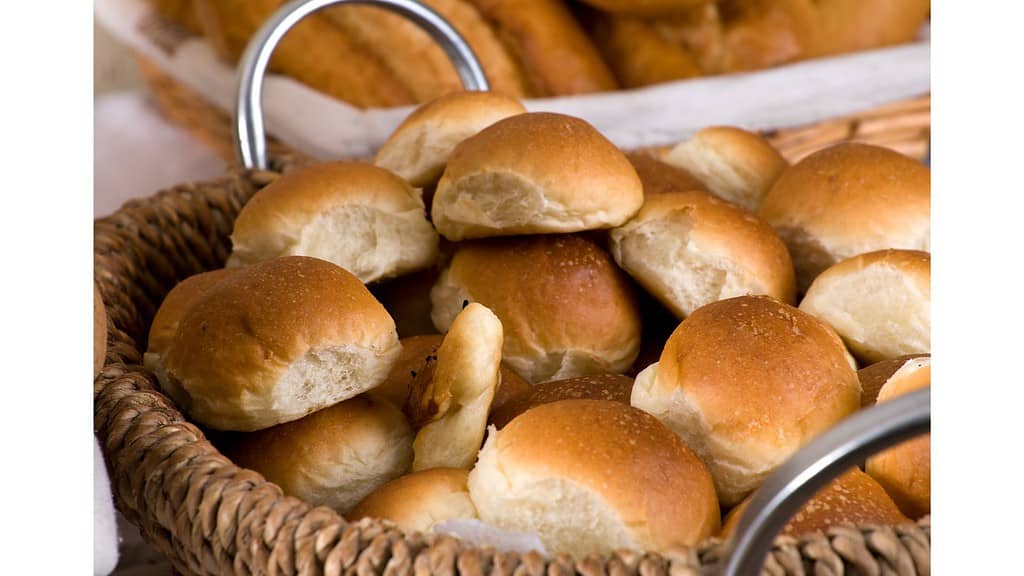 A bun is a small, round bread roll served as a side with meals or used as a base for sandwiches. The word “bun” is believed to come from the Old English “bune,” which means “bump” or “swelling,” likely referring to the rounded shape of the bun.

Buns are made from different grains, including wheat, rye, and oats, and can be sweet or savory. Sweet buns may contain ingredients, such as sugar, fruit, and spices, while savory buns may contain herbs, cheese, and other tangy ingredients. Sometimes, you can decorate buns with seeds, nuts, or other toppings. In addition, you can serve them with spreads or dips such as butter, jam, or hummus. 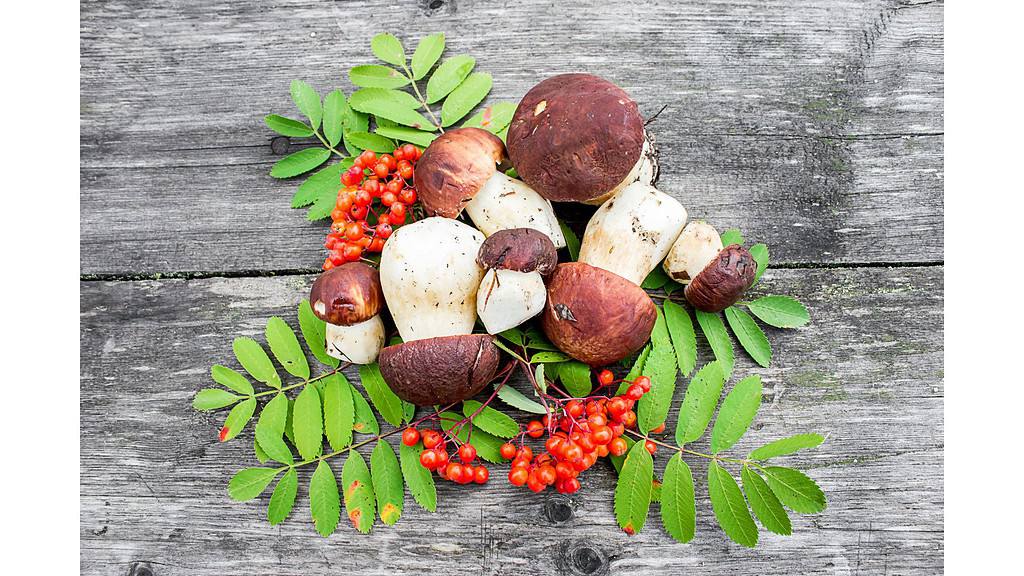 Cep, also known as Boletus edulis, is a class of mushrooms native to Europe and Asia. It is also known as a porcini mushroom or a king bolete and is highly prized for its rich, nutty flavor and meaty texture.

You can serve cep mushrooms with various dishes, including pasta, risotto, soups, and sauces. They can be eaten fresh or dried and reconstituted or used as a flavor enhancer in dishes due to their strong and earthy flavor. 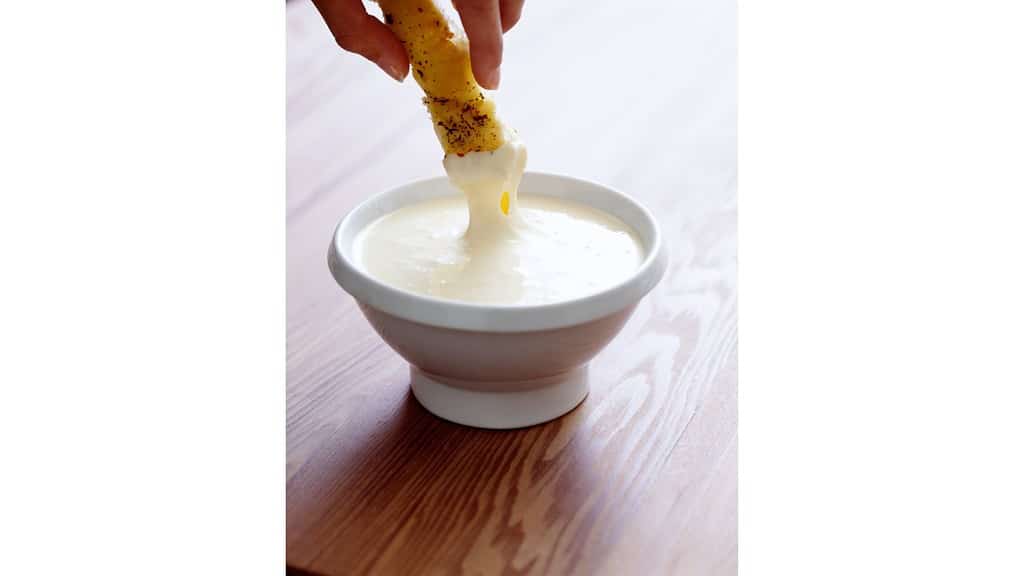 A dip is a snack made with a combination of ingredients, such as a spread or a puree, with other ingredients to create a flavorful sauce or spread. You can serve dips with chips, crackers, bread, or vegetables to add flavor and variety to a snack.

To serve a dip as a snack, you can place a dip bowl at the center of a platter or tray, surrounded by an assortment of chips, crackers, bread, or vegetables. You can also serve the dip in a smaller bowl alongside the snack items for people to scoop and dip as they please.