Are you ever frustrated to find unpopped kernels in the bottom of your big bowl of popcorn? If so, you might wonder if you can reheat the unpopped popcorn kernels.

You’ve probably tried to eat an unpopped kernel or two but then stopped because those hard unpopped kernels are just too much for your teeth! So, rest assured, you can reheat unpopped popcorn kernels!

Thankfully, it’s a pretty easy process. So, if you want to understand why kernels don’t always pop and how to reheat them so you can keep munching, keep reading. We’ll also explain the best way to make popcorn so you can get the best results with fewer unpopped kernels in your bowl.

Why Are There Unpopped Kernels in my Popcorn?

For a popcorn kernel to pop, it takes two ingredients – heat and moisture. They have to come together in just the right way for a kernel to pop. When kernels become dried out, whether they’re left in the bag for too long or just due to the environment, it’s difficult to get them to pop properly, even when you have them in the microwave or on the stovetop.

You might read about kernels needing moisture and heat and become tempted to boil your popcorn kernels, but that would be a mistake. Boiling will make them soggy, not light and airy. You need more heat! 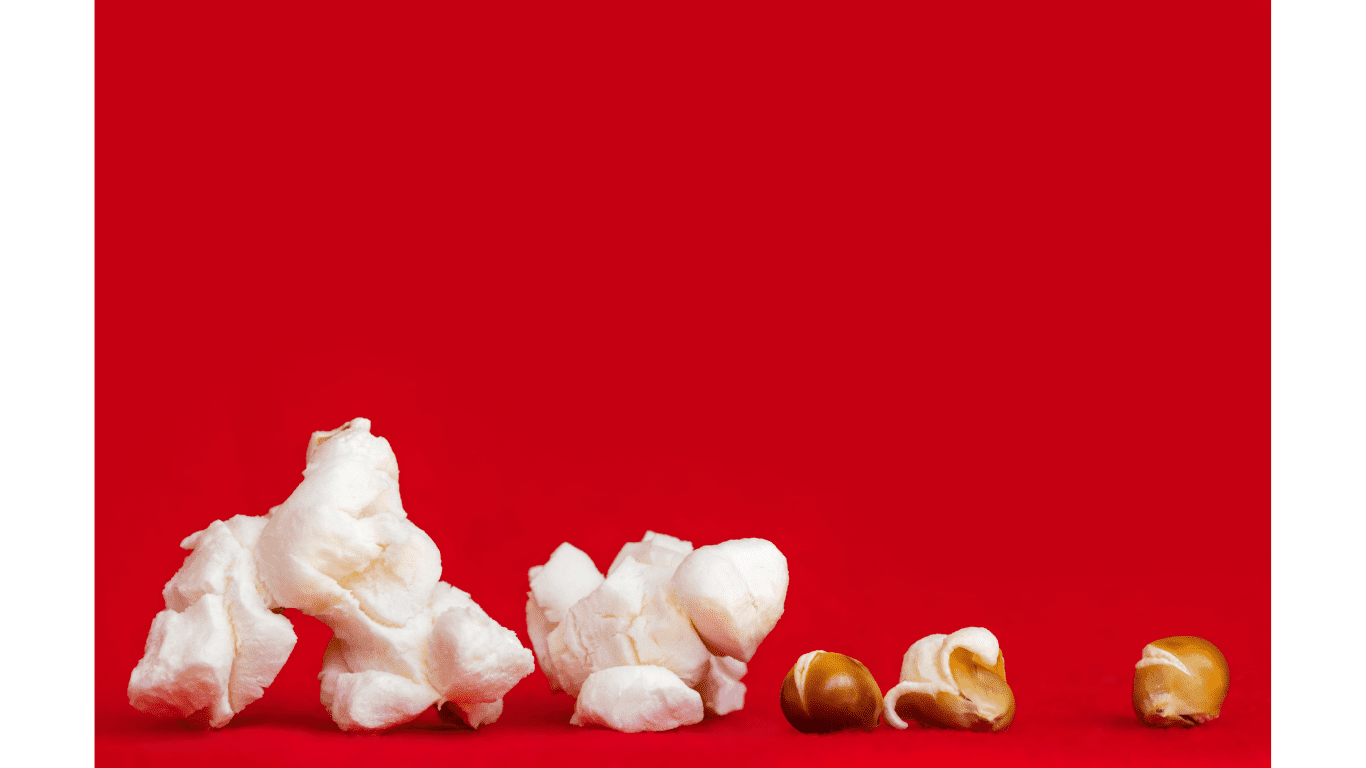 Can You Eat Unpopped Kernels?

Sometimes, people refer to unpopped corn kernels as old maids or spinsters. This isn’t a very politically correct term, so if you’re in the company of someone easily offended, you might just want to call them unpopped kernels!

Whatever term you use, don’t think of unpopped kernels in a bad way. In most cases, they’re still salvageable!

You can eat unpopped kernels as they are. But, they’re pretty hard when they haven’t popped, and your dentist might not be a fan of you chomping down on them. It’s pretty easy to overdo it and damage something in your mouth. If you do decide to eat unpopped kernels because you like the “crunch”, do so with caution. You might be better off trying a different variety of popcorn, instead.

There is a type of popcorn that takes the extreme crunchiness of the kernels and the fluffy texture of popped popcorn and combines them into a hybrid. This snack is called ‘half-popped popcorn.’ It’s pretty hard to make at home, but if you can find some, you might enjoy it. 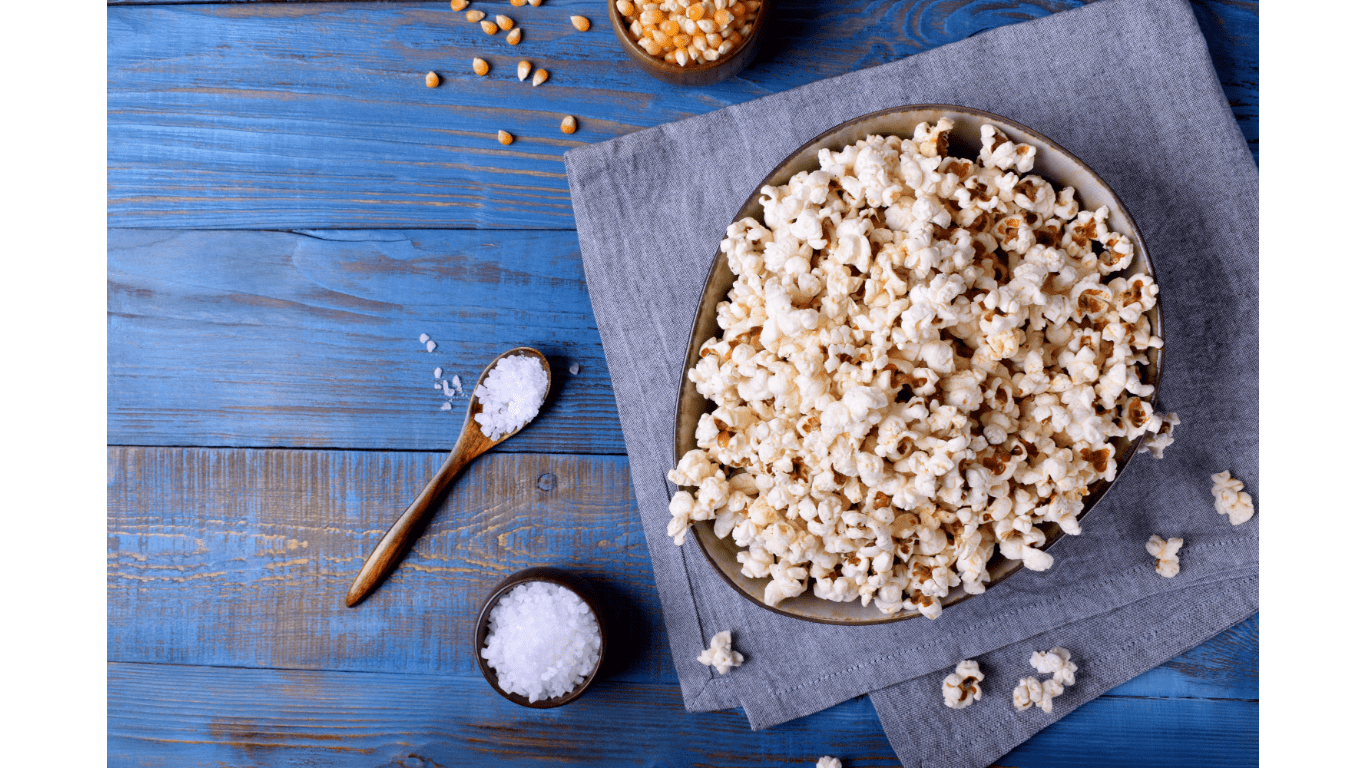 How Do You Cook Popcorn Properly?

You should cook raw corn kernels in a pan on your stove’s top for best results. Follow these easy steps to get the most out of your kernels.

You can tell when your popcorn is almost ready when the flurry of popping starts to slow down. Be mindful that if you leave it on the heat too long trying to pop every last kernel, it will begin to burn. It’s better to leave a few unpopped than to ruin the whole batch.

You can also make popcorn in the microwave quite easily following the same process. All you need is a covered microwave-safe dish or bowl instead of your pan. You can even buy one specifically designed for popping corn. 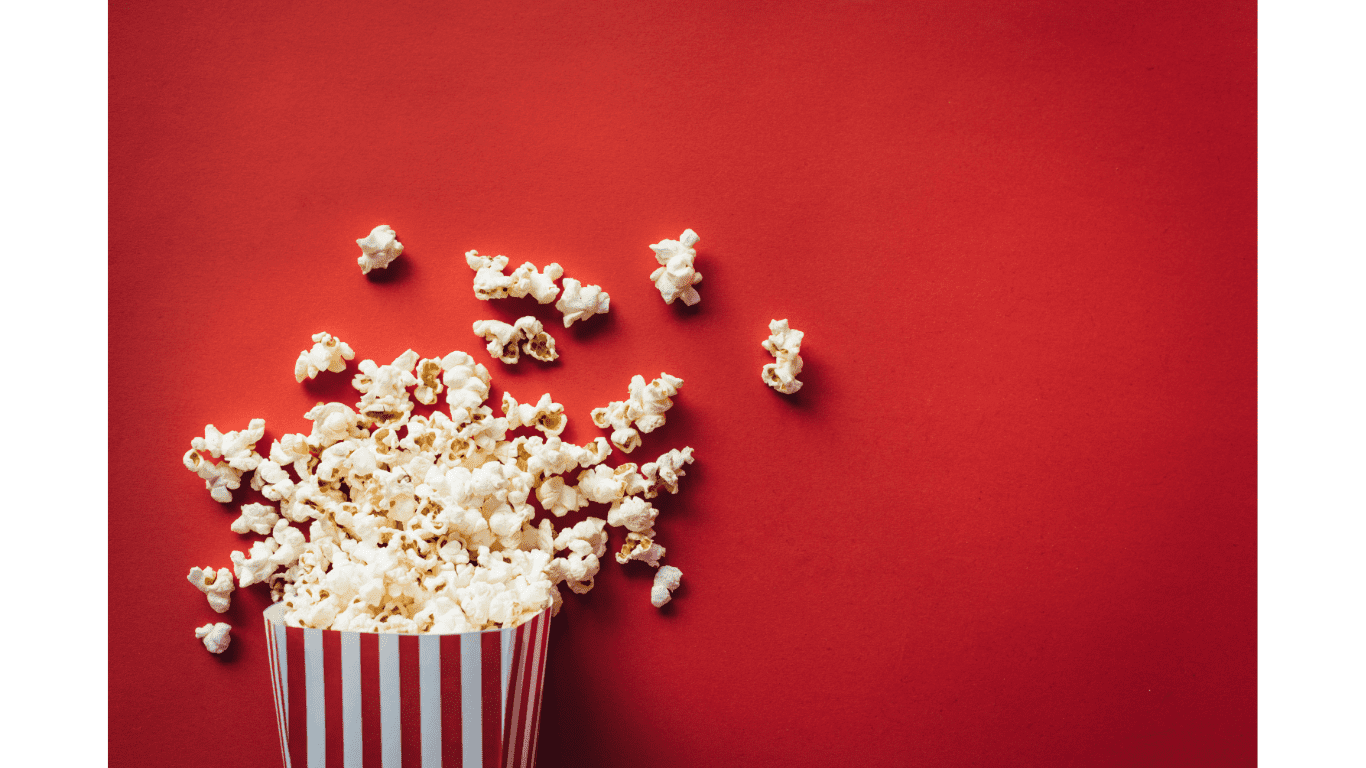 Why Don’t All The Kernels Pop?

When the moisture inside of a kernel is heated, the water vapor expands, cracking the hard exterior hull of the kernel. That’s what makes the popping sound that gives this popular snack its name. It’s a delicious and fascinating physics lesson each time a kernel pops into something fluffy and crisp!

Sometimes, the kernels in the pan or the microwave don’t have enough water vapor inside of them to make them pop and expand into the fluffy but crunchy shape we love to munch on. Other times, the hull has already split, so there’s no popping sound, but the kernel still bursts.

Scientists suggest that since each popcorn kernel has a distinct physical profile, they also react distinctly when heated – like little corny snowflakes. That’s probably part of the reason why they don’t all pop at once or even at all the first time around. 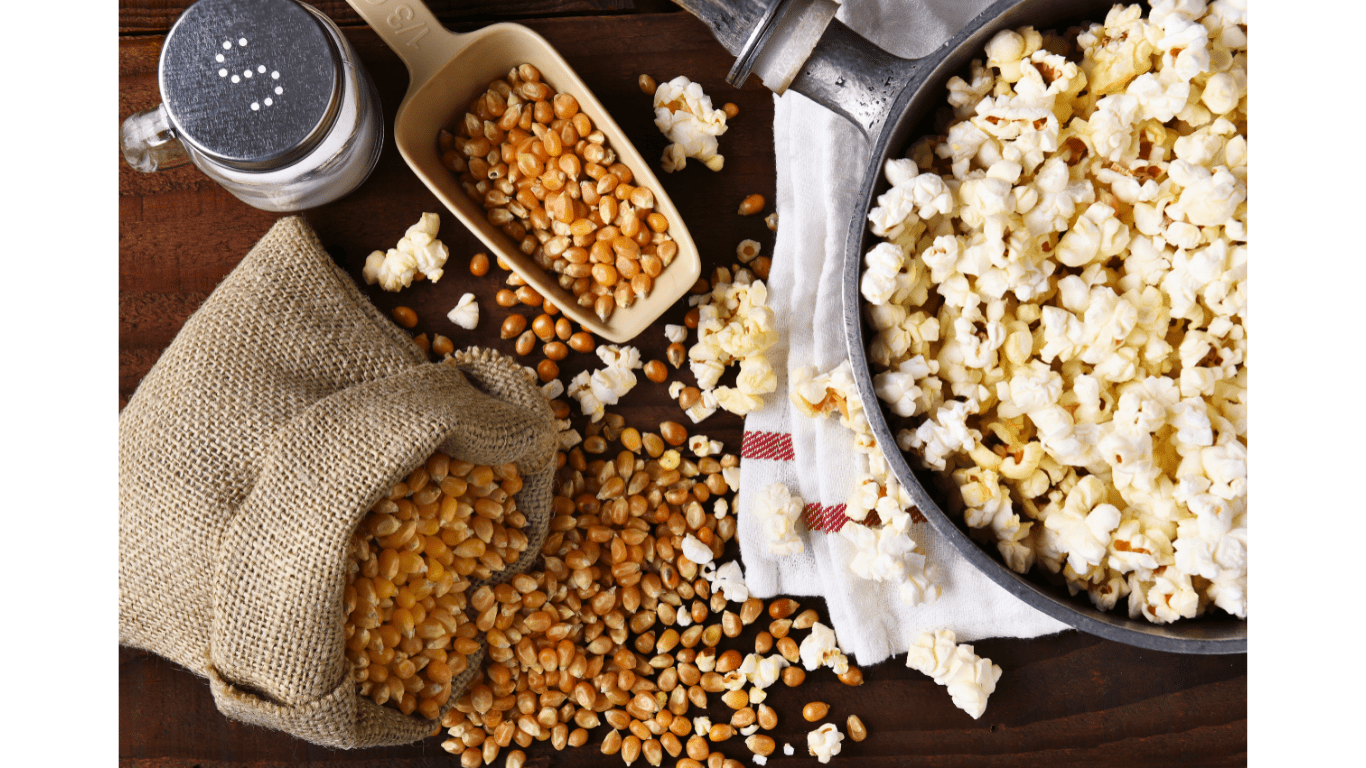 How Do You Reheat Leftover Unpopped Kernels?

If you make a big batch of popcorn and end up with a handful of unpopped kernels, you can drop them into a bowl and soak them for a bit to help them regain their moisture content. Likely, they didn’t pop because they’re too dry.

After about an hour in the water, drain the kernels and cook them again. Be careful, as any excess water could cause the hot oil in your pan to splash. 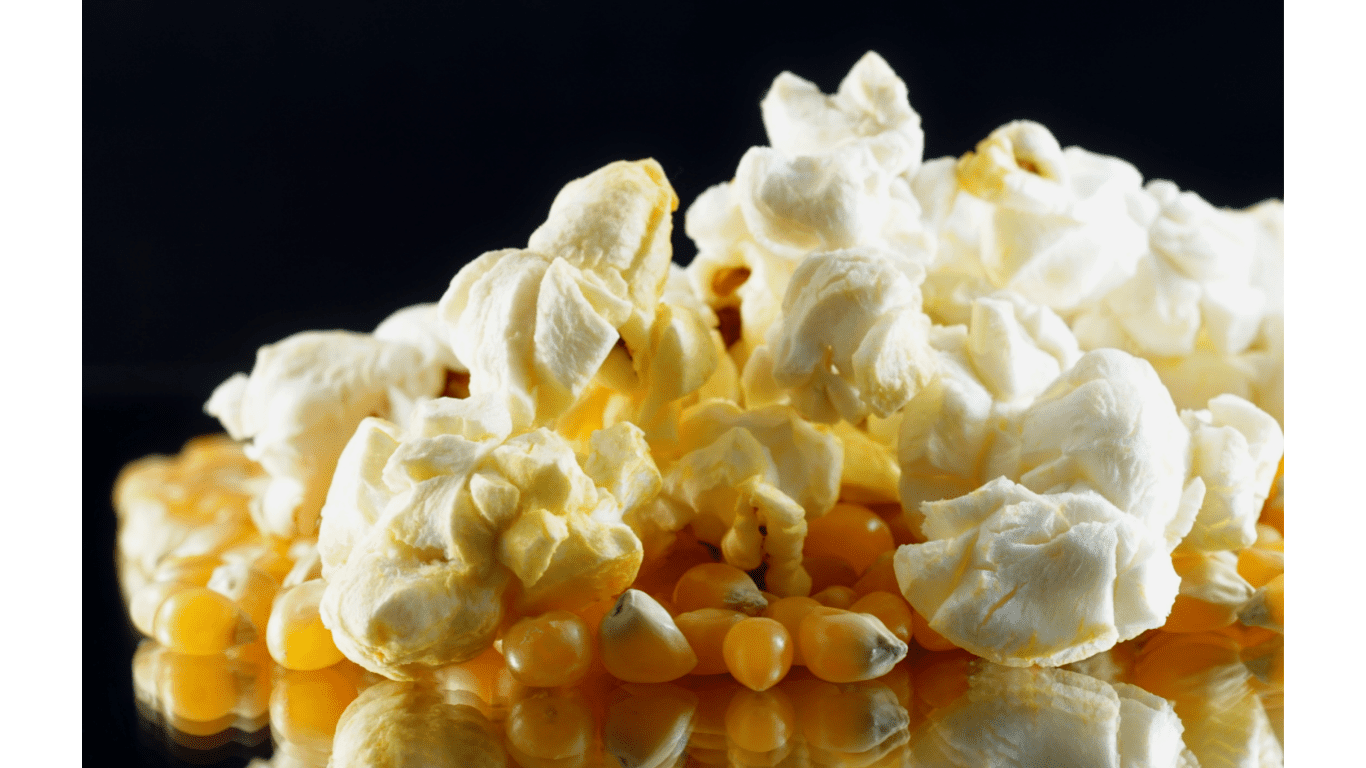 If you’re still struggling with unpopped kernels or you just want to ensure every bowl of popcorn you make is the best it can be, it’s important to have some additional information in your arsenal. Keep the answers to some of these common questions in mind to make sure your popcorn experience is always a tasty one.

Related:  Can You Reheat Dumplings?

How Long Does Unpopped Popcorn Last?

Unopened packages of unpopped popcorn can last for a very long time. Once they’re opened, the popcorn kernels may start to dry out, which will make them harder to pop when heated. For best results, you should use your opened popcorn within a few weeks of opening the container.

How Long Does Popped Popcorn Last?

Popcorn that has already popped will stay pretty crunchy for a day or two. You should probably throw it away to prevent foodborne illnesses after a few days. For best results, seal it in a bag to prevent ambient moisture from entering the kernels and making them lose their texture.

Can You Pop Unpopped Kernels in the Microwave?

If your kernels didn’t pop the first time around, you might want to give them a helping hand by giving them a short soak in some water. Then, you can re-pop them in the microwave. By soaking them first, it will help increase their moisture content, which will help them pop when heated.

Unpopped popcorn kernels can be a pain when you get to the bottom of your bowl. But, instead of risking tooth damage or even wasting them by tossing them out, keep some of these tips in mind to reheat and reuse them. Now that you know some of the common popping problems, you can remedy them and enjoy every last tasty piece of your crispy, crunchy snack.