Beef broth is an essential ingredient for many dishes, such as stews and roasts. Beef broth can add tons of flavor to foods and play a key role in how a meal turns out.

Opened beef broth will last several days after opening before going bad if refrigerated. Unopened beef broth can stay fresh for several years if stored in a pantry or cabinet.

The rate at which beef broth spoils will change depending on how it is stored and its chemical makeup. Broths high in sodium will usually have a longer shelf life than others due to the preserving properties of salt.

Related:  How Long Can Frozen Pizza Be Left Out?

Do not store unopened beef broth in the freezer, as the broth will expand when it freezes and damage the container. Storage in the refrigerator is also not advised, as the humidity of the fridge may cause damage to the container.

Always check the broth before using it, even if unopened, and check for damages to the seal, including 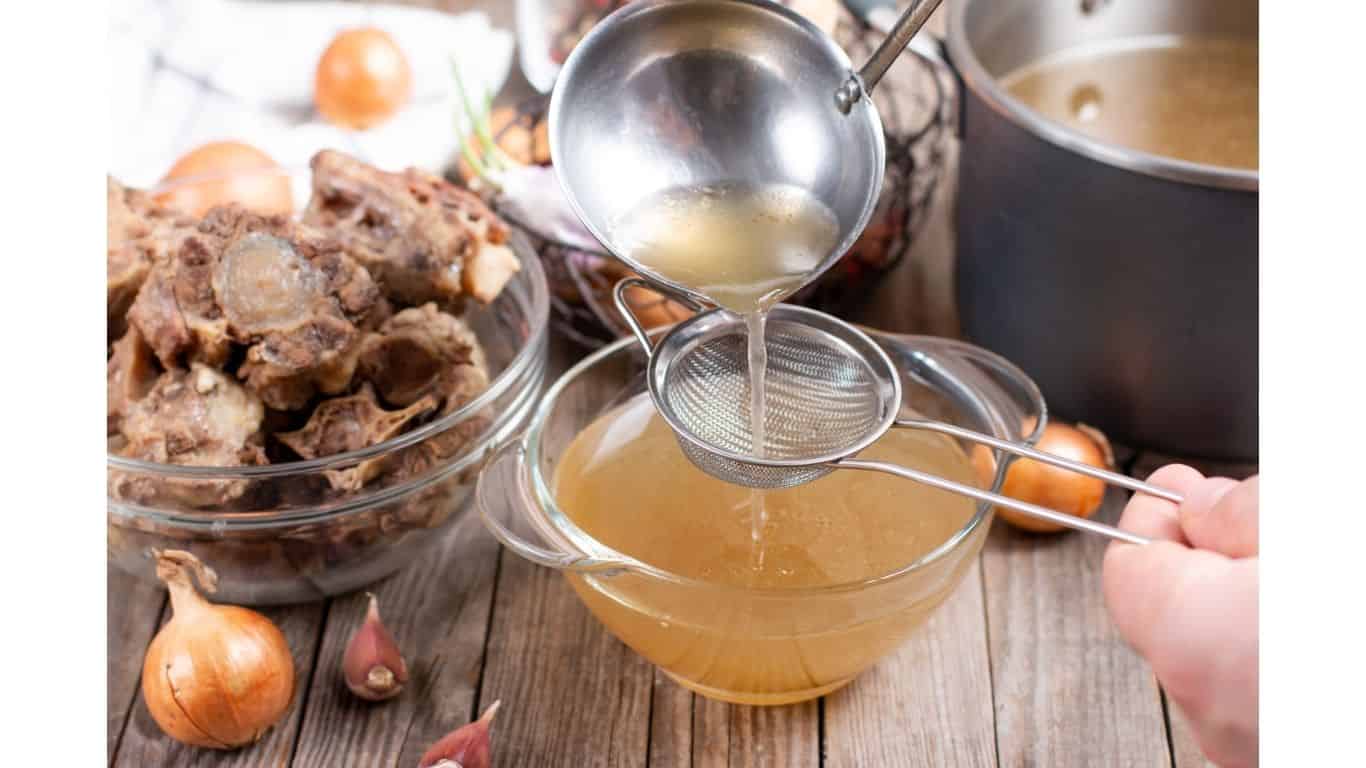 What Is Homemade Beef Broth and Does it Go Bad?

Making beef broth from scratch takes a lot of time – up to an entire day for a rich, flavorful stock. One plus to making homemade beef broth is the ability to customize its taste. How rich or flavorful the broth is can be changed to fit your personal preferences.

A common form of homemade beef broth is created from beef bones. This form of beef broth is referred to as bone broth and has outstanding health benefits. Homemade bone broth is rich in minerals, calcium, other nutrients.

Bone broth is typically made by baking several beef bones (about one pound’s worth) and cooking them in a slow cooker or stockpot. Adding vegetables with the bones will enhance the flavor and add more nutrition.

Cook the bones and vegetables with enough water to keep them covered throughout the cooking process. How much water to use will vary depending on how much broth you wish to make and how big your pot is.

While the broth is boiling, periodically skim the top of the broth to remove impurities and excess fat. When the broth has finished cooking remove the vegetables and bones, then strain the liquid into containers. You can remove the fat from the top of the container or leave it in for added texture and flavor.

Homemade broth will have a different shelf life than store-bought beef broth. As a general rule, homemade beef broth will stay fresh when stored in the refrigerator for about a week and up to several months if frozen.

Removing excess fat from the broth or adding extra preservatives, like salt, may increase its lifespan slightly. 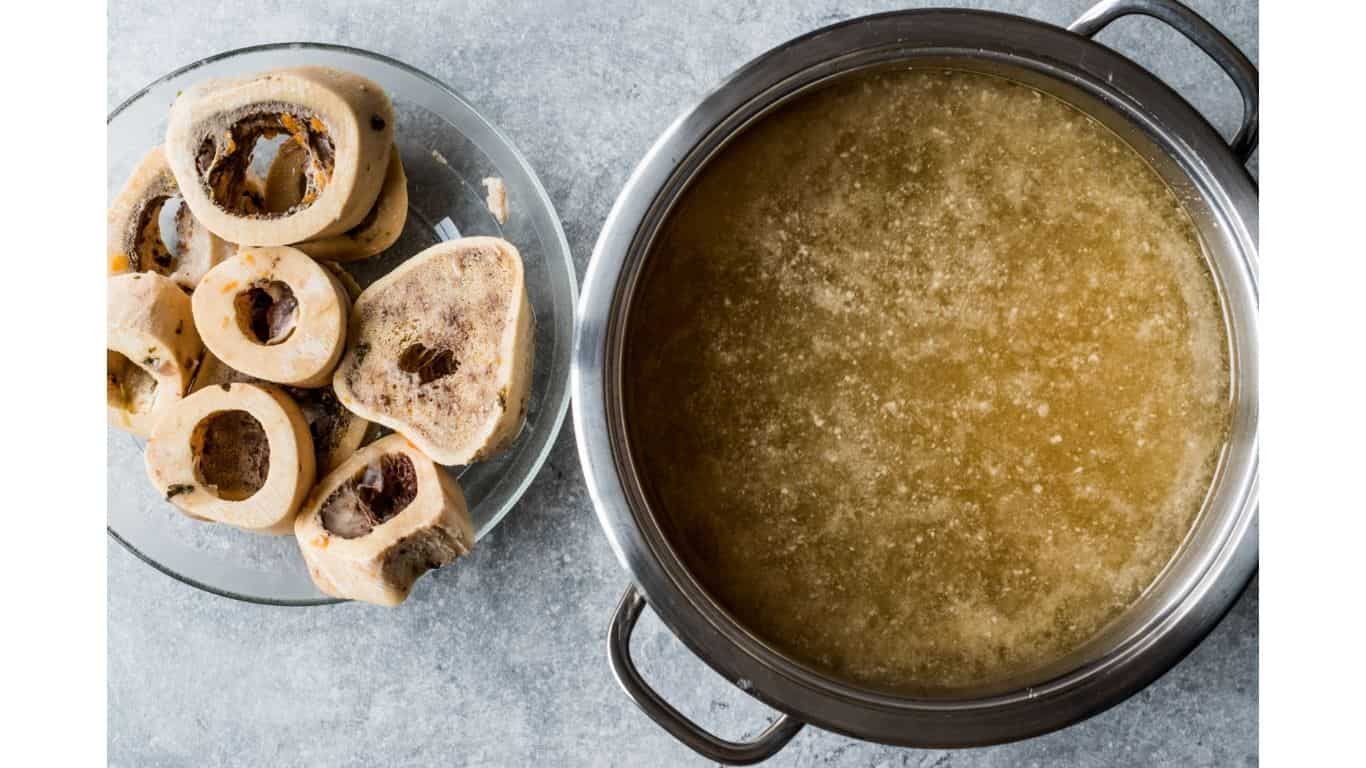 If you’re still wondering how to tell if the beef broth in your cabinet or fridge is any good, we’ve got the answers to some related questions that can make things clearer.

Store-bought beef broth will often come with an expiration date, which will give you a general idea of when it will go bad. This date reflects how long the broth will be good for when stored in normal conditions.

Keep unopened store-bought beef broth in a cool and dry area, such as a kitchen cabinet.

Beef broth will expand when frozen. Ensure that the container can accommodate the extra volume of the frozen broth without breaking. A broken container may contaminate the broth, making it unsafe to eat. 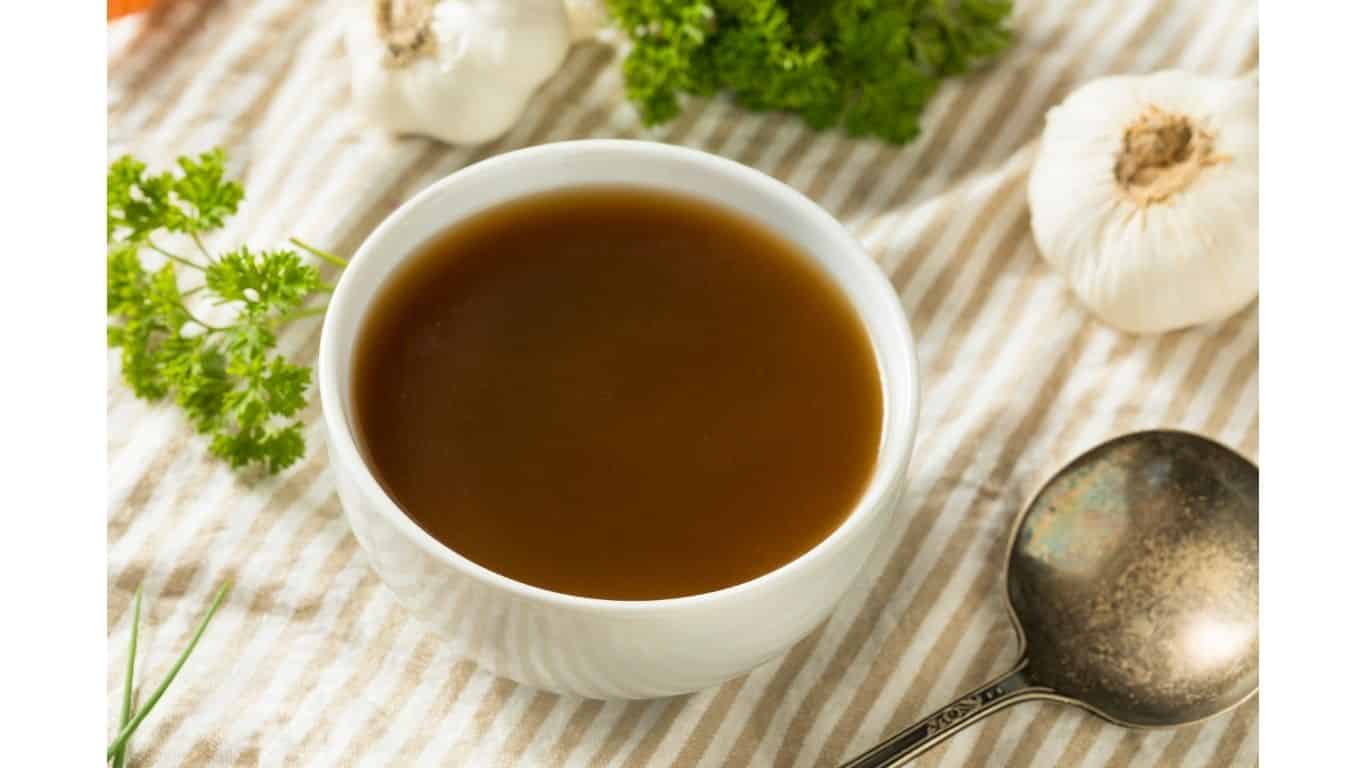 How Can You Tell if Beef Broth Has Gone Bad?

There are several ways to tell if beef broth has gone bad, including

A noticeable sign of spoiled beef broth is the smell. If the broth smells sour, it has spoiled. The smell comes from the fats in the broth going rancid or from mold growth.

Related:  Does Honey Mustard Go Bad? How Long Does It Last?

Another sign beef broth has gone bad is an unusual color. Typically, beef broth will be light brown. It can be cloudy or clear depending on how well it was strained. If the color becomes darker or develops tinges of blue or green, it has spoiled.

The presence of clots or clumps in the broth means it has gone bad and should be disposed of. If homemade beef broth has congealed fat on top, changes in the color or texture of the fat may also indicate spoilage.

If the container holding the beef broth has been broken or dented, it is best to assume it has gone bad and to throw it out. A bloated container is often a sure sign of spoilage. 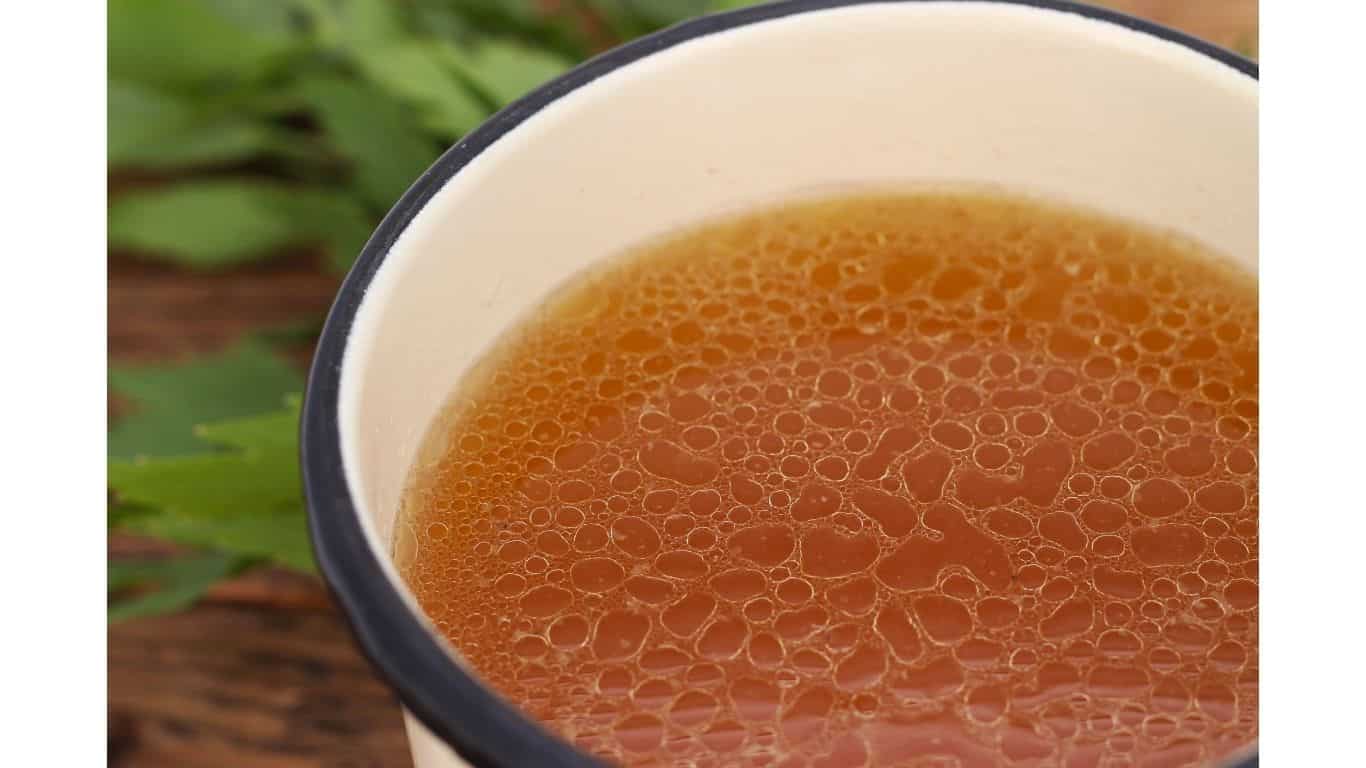 Is it Safe to Use Expired Beef Broth?

Beef broth may still be good several days after its expiration date, but using it past that date comes with risks. Even without signs of spoilage, the beef broth may be contaminated by its can or container if chemicals from the packaging seep into the broth itself. 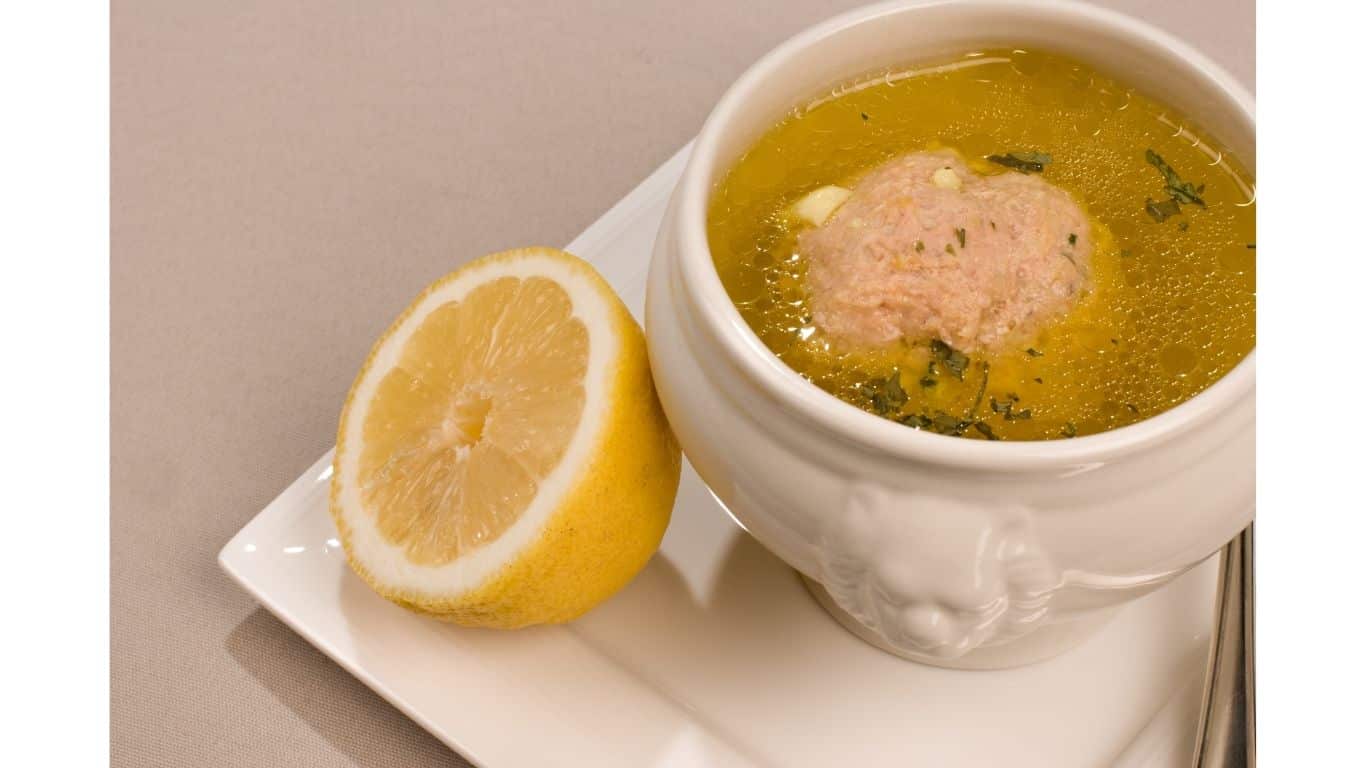 Whether you’ve made your broth or you’re using store-bought, understanding the signs of expired beef broth will keep you and your family safe from potential foodborne illnesses. Keep these tips in mind to remind yourself how long it takes for beef broth to go bad, and what you should look for when you’re trying to use opened/unopened broth in a recipe. 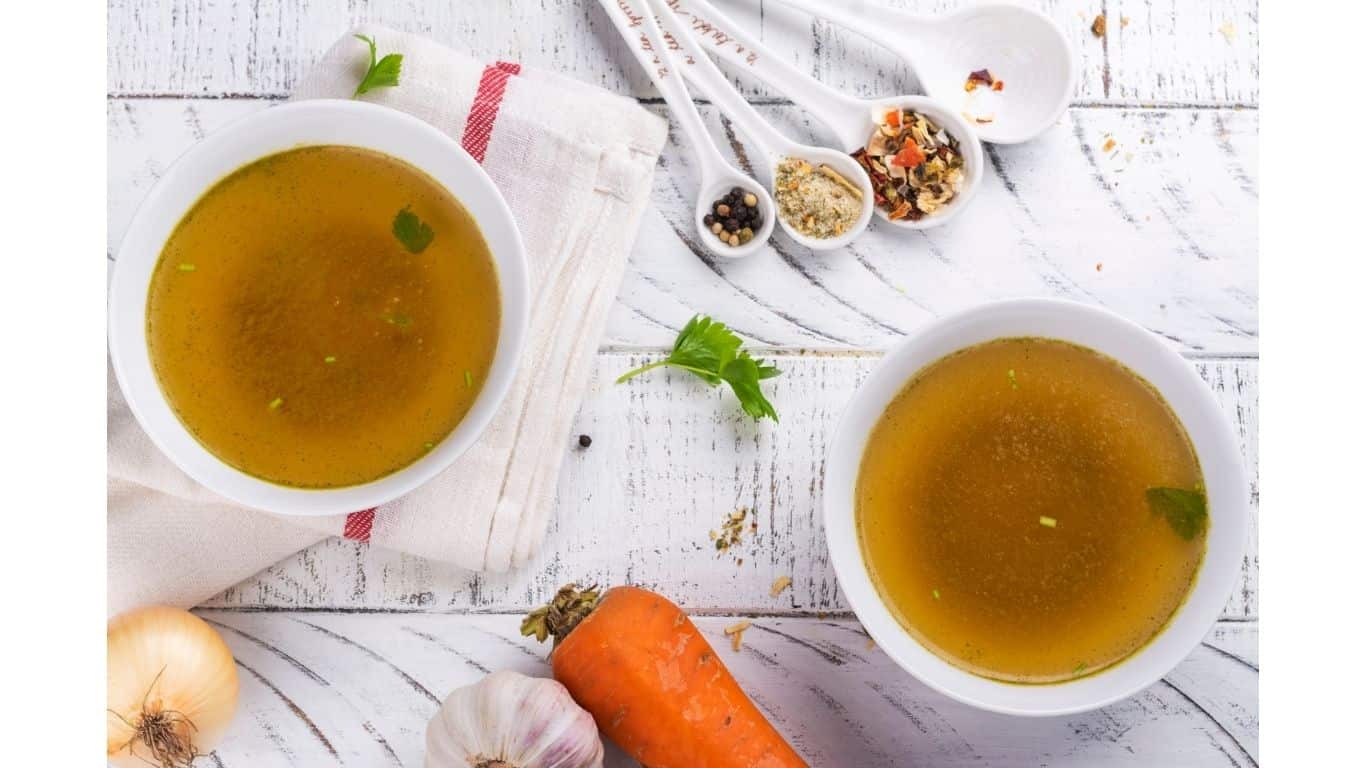