Krispy Kremes are some of the most popular donuts in the world. Ever since the company’s founding in 1937, these soft, glazed circles of deliciousness have been a bestseller.

If you have some of yesterday’s donuts leftover, you might be wondering: how long do Krispy Kreme donuts last?

Krispy Kremes can last up to two days if they’re left out on the counter, four days in a fridge, and several weeks if they’re stored properly in the freezer. However, all of this depends on the proper storage of the donuts.

As long as you store your donuts in an airtight container or Ziploc bag, you can keep them fresh for much longer.

Here is a guide to how long these donuts will stay safe to eat, how to tell when they’re bad, and how to properly store them for the longest shelf life.

How Long Will Donuts Stay Fresh?

Krispy Kremes have high sugar and fat content. You probably aren’t surprised to hear this, but why it matters might surprise you: sugar and fat have much shorter shelf lives than other parts of the food pyramid.

This is largely because they hold so much water and provide spaces for bacteria to grow.

These donuts can last anywhere from one day to several months, but this isn’t based on luck. It all depends on how and where you store the donuts. Here is the natural shelf life of a donut in three different environments.

When left on the counter, donuts will become stale within several hours and be bad within a few days. The official timeline is 48 hours for a donut to become completely stale.

This might seem like a short time, but we’ve all experienced coming home to this morning’s donuts only to find them crunchy and stale.

If you store donuts in an airtight container on the counter, the time might extend to two full days before the donuts start to get stale. However, room temperature isn’t good for the amount of sugar and fat in a fried yeast donut.

Once you stick your donuts in a refrigerator, their time on Earth will nearly double. However, it also makes a difference in how they’re stored.

Because the fridge is so cold and dry, it will suck all the moisture out of unprotected donuts and leave them cold and stale (maybe the only thing worse than warm and stale donuts).

However, in a Ziploc bag or airtight container, you can have soft, delicious donuts for up to four days. Eventually, they will still decay enough to lose moisture and get stale. However, the cold temperature of the refrigerator slows that process down by half.

If the fridge made the process twice as long, how will the freezer do? Well, just throwing a donut into the freezer will result in a stale, hard rock of dough. Don’t do it. However, if you wrap it well and keep it in an airtight container, you should be able to store a donut in the freezer for up to a few months.

The freezer stops the process, freezing the donut where it is and not allowing it to decay at all.

When you put a donut in the freezer with enough protection, the only thing you’ll need to worry about is freezer burn (which can happen after a few months, so don’t leave it in there forever).

When you’re ready to eat your donut, pull it out of the freezer, unwrap it, and let it thaw naturally. You can throw it in the microwave if you’re very impatient, but the donut will be a little soggy.

Instead, leave it on the counter for an hour or two and enjoy your freshly unfrozen donut. 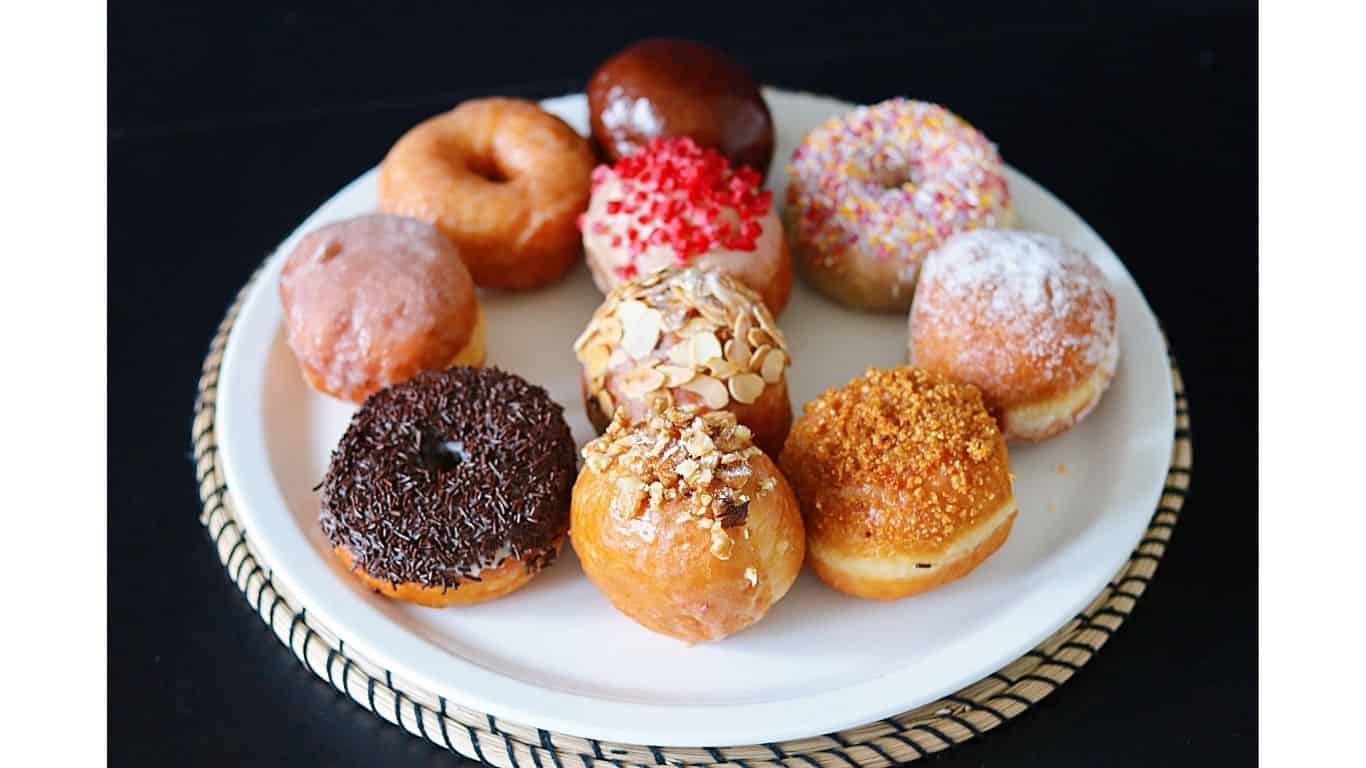 How to Store Krispy Kremes

As pretty as the cardboard box for Krispy Kremes is, it’s not the best place to store your donuts. As soon as you’re sure they aren’t getting eaten, it’s time to move the donuts to a better place. Otherwise, they’ll probably be stale by mid-afternoon.

Whichever type of container you choose, get as much excess air out as possible without crushing the donuts, and seal it uptight.

You mustn’t stack the donuts in the container. There’s a reason that they come in long, flat boxes; they will crush each other and get soggy if they are on top of each other.

Keep them as crisp and fresh as possible, and lay them side by side.

Once you’ve got the donuts well and properly stored, you can put them in a fridge for temporary storage or the freezer for more permanent storage.

They will last up to four days in a fridge but can last several months in a deep freeze. If you freeze your donuts, wrap them in cellophane to keep them even fresher. 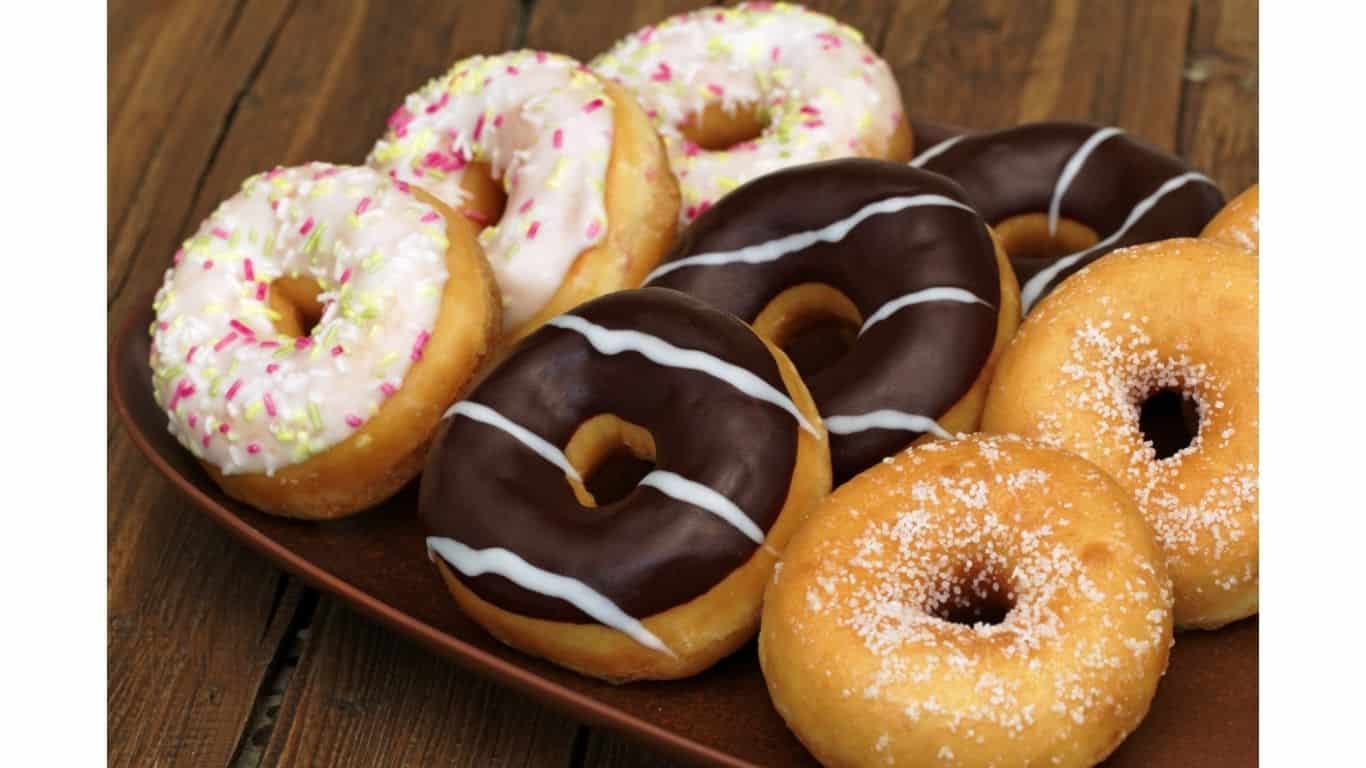 How to Tell if a Donut Has Gone Bad

These are the ways to protect your donuts from the evils of bacteria and natural decay. However, there’s no stopping mother nature forever, and you’ll eventually have to face the tragedy of a stale donut.

While you can still eat a stale, dry donut, it’s not recommended. This isn’t just because it’s not as good–stale donuts are more prone to bacteria and eventually mold growth.

If you’re worried about your donut, throw it away.

Here are some signs of bad donuts:

If you see any of these signs (or it’s been more than three days on the counter), throw the donuts away. It’s always better to be safe than sorry, especially when it comes to food poisoning and other food-borne illnesses. 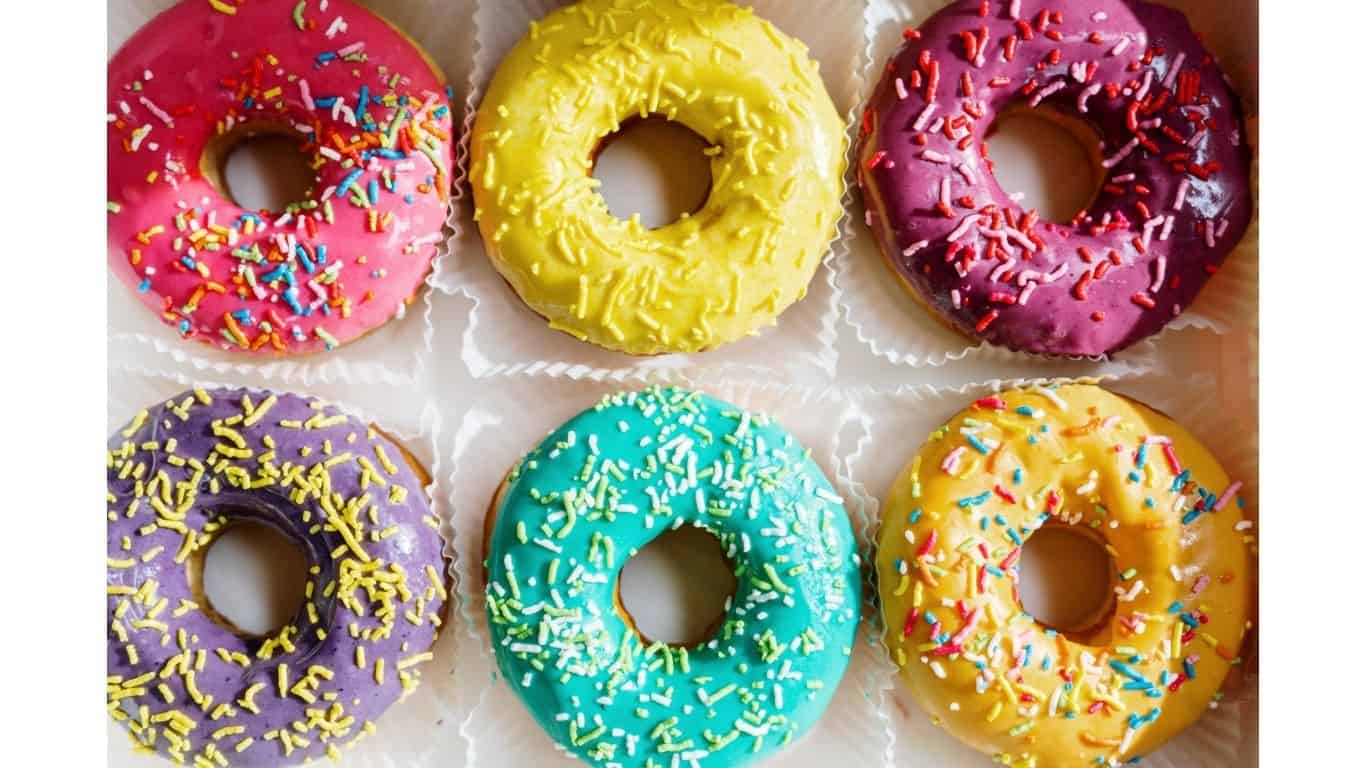 If you are still worried about your donut, here are some common and related questions and their answers.

How should I reheat my donut?

If you want your donut to be a little warmer, don’t go to the microwave first. While it’s the most convenient, it’s also the most likely to make your donut soggy.

Instead, put your donut in the oven for a minute or two.

If you have a toaster oven, this would work perfectly. However, the best way to heat donuts is with an air fryer, if you’re lucky enough to own one.

Why do donuts go stale so quickly?

Donuts go stale quickly because of the yeast and starch in them. As it’s exposed to heat and air, the starches inside crystallize and harden.

It’s what makes the dough turn into a baked good in the oven. However, with too much air, the softness of a donut will become hard and stale.

Can you eat stale donuts?

While you can eat slightly stale donuts, the longer they’re out in the air, the more likely they are to develop bacteria and mold.

If a donut tastes stale and it’s within a day or two after they were purchased, you’re probably fine. After that, be safe and throw them out. 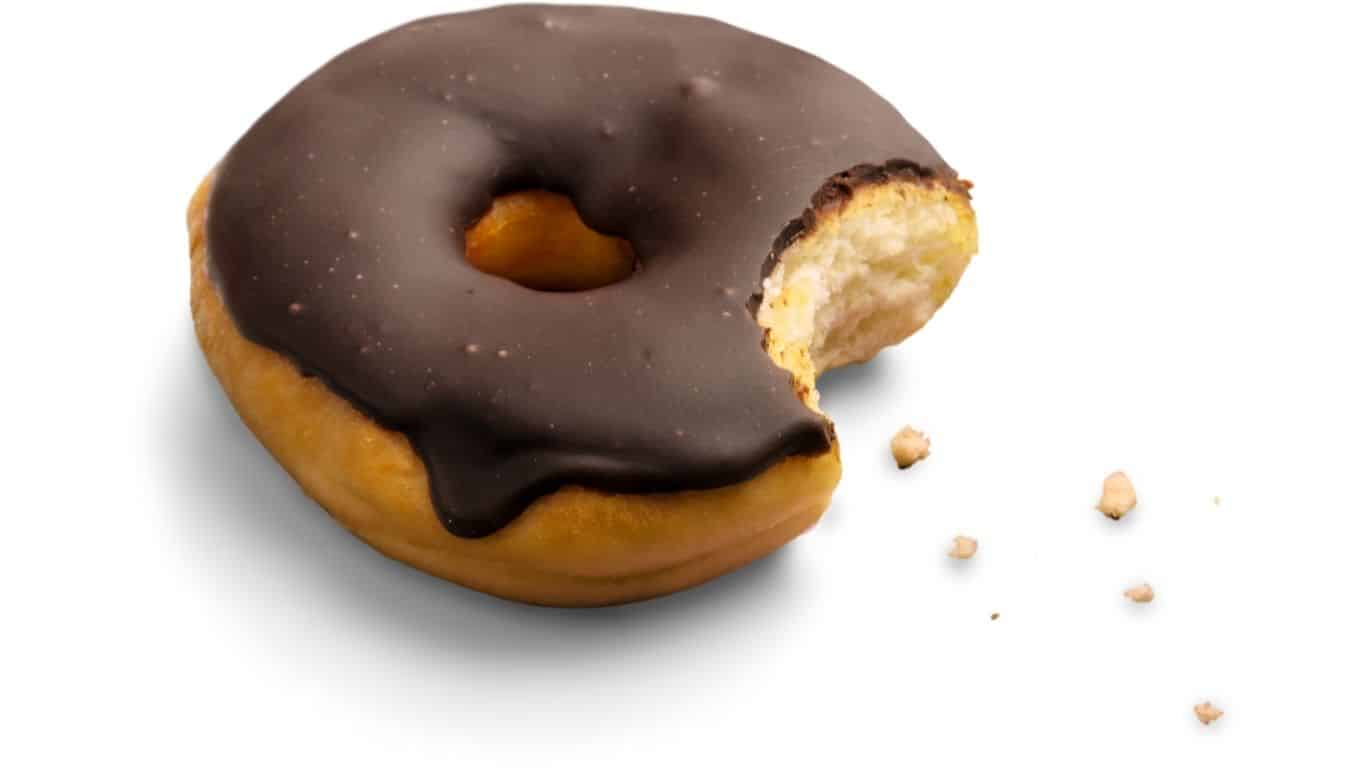 With the proper storage techniques, you’ll be able to enjoy donuts for much longer, without having to worry about them going bad or being stale.

It’s the best of both worlds. You can order several donuts, eat one today, and save the rest for later!