Glorious chicken noodle soup! It has the power to warm us up. To make us feel better when we’re sick. It’s comforting and tasty. Most of us probably wish we could have a bowl on hand at all times.

Unfortunately, it doesn’t last forever. Which begs the question. How long does it last? In general, cooked chicken noodle soup will last about 3 to 4 days in the refrigerator. But it comes in many different ways and can be stored in many places. So let’s break down the specifics.

Unopened chicken soup (in a can or airtight box) will last at least until the printed “use by” date on the container. However, if stored in a cool, dry place, it’s said to be safe for consumption for up to a year past the date.

How Long Is Chicken Noodle Soup Good For After It Is Opened And Left Out?

Once your chicken noodle soup is opened, (or homemade soup is cooked), the recommended time it should sit out at room temperature is 2 hours. According to the government’s food and safety website, anything longer than that risks bacterial growth, which in turn can cause food poisoning. In addition, if the soup is in an environment above 90 degrees, it should be refrigerated within an hour.

How Long Is Chicken Good For After It’s Been Opened In The Refrigerator?

Chicken noodle soup will last for 3 to 4 days in the refrigerator. Make sure you place it in an airtight container and that it’s been allowed to cool. Do not put hot soup in the fridge. Hot food can raise the overall temperature of the refrigerator.

How Long Will Chicken Noodle Soup Last From A Restaurant?

Cooked chicken noodle soup from a restaurant will last 3 to 4 days in your refrigerator. This is, of course, assuming the soup was made fresh that day.

How Long Will Chicken Noodle Soup Last In The Freezer?

If stored properly, cooked chicken noodle soup will last between 4 to 6 months in the freezer. After that, it won’t go bad, as in,  you’ll get sick “bad”, but the soup will lose some of its flavor and nutrients. Specifically, the noodles will break down and make the soup grainy.

What Is The Best Way To Store Chicken Noodle Soup? 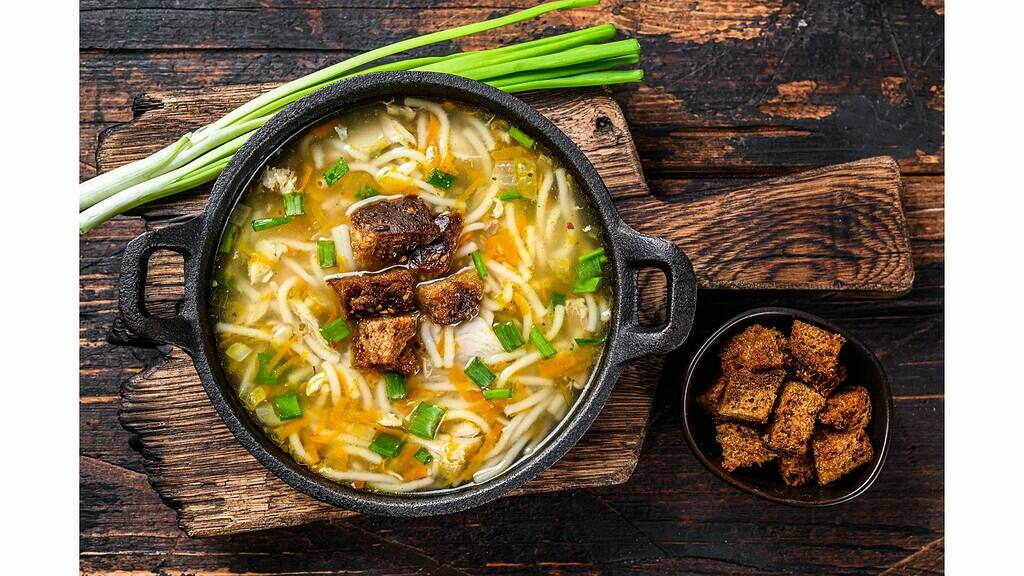 If you are storing cans of chicken noodle soup, you’re best bet is to place them in a pantry or cupboard. This will keep the cans cool and out of harms way. Nobody likes a dented can of soup.

When storing leftover soup in the fridge, it’s best to transfer it to an airtight plastic container and place it in the back of the refrigerator where it’s coolest.

If the soup is headed for the freezer, place it in either airtight freezer containers or bags. Be sure to leave some room, as the soup will expand. Store the containers in the back of the freezer where there is more of a constant temperature.

How Do I Tell If My Chicken Soup Has Gone Bad? 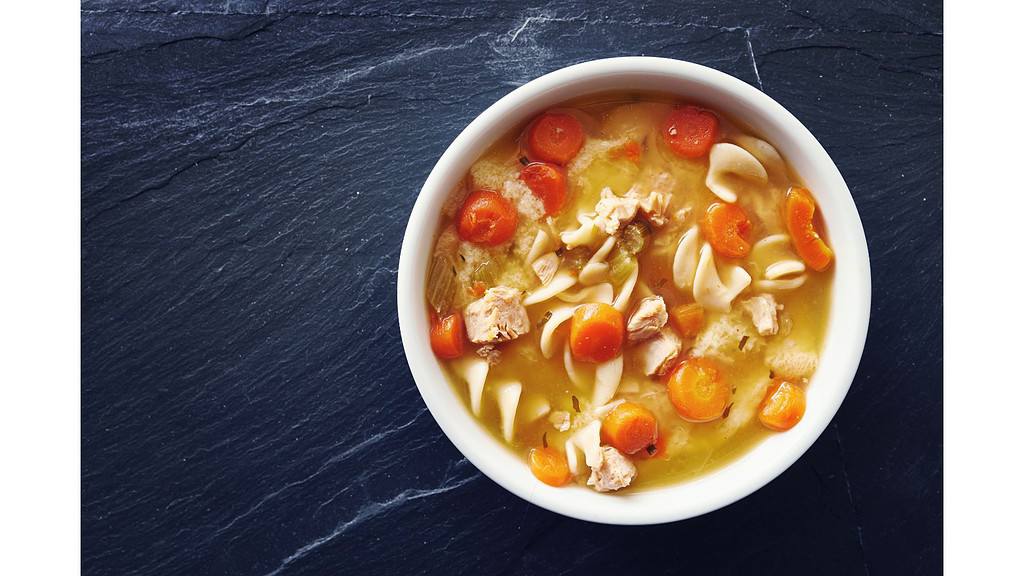 If your chicken noodle soup is in a can, it should be thrown away if you notice the can is:

Opened chicken soup (regardless of where it’s been) should be thrown away if you notice:

Related:  How Long Can Milk Stay Fresh in a Car?

mold (mold can be green, white, or black)

foam on top of the soup

If you’re still not sure by the time you get to that last item on the list, go with the old saying, “when in doubt, throw it out.” Nobody wants to waste food, but a container of soup is not worth the risk of being sick for days.

How Do You Know When Chicken Is Done When Cooking Chicken Noodle Soup? 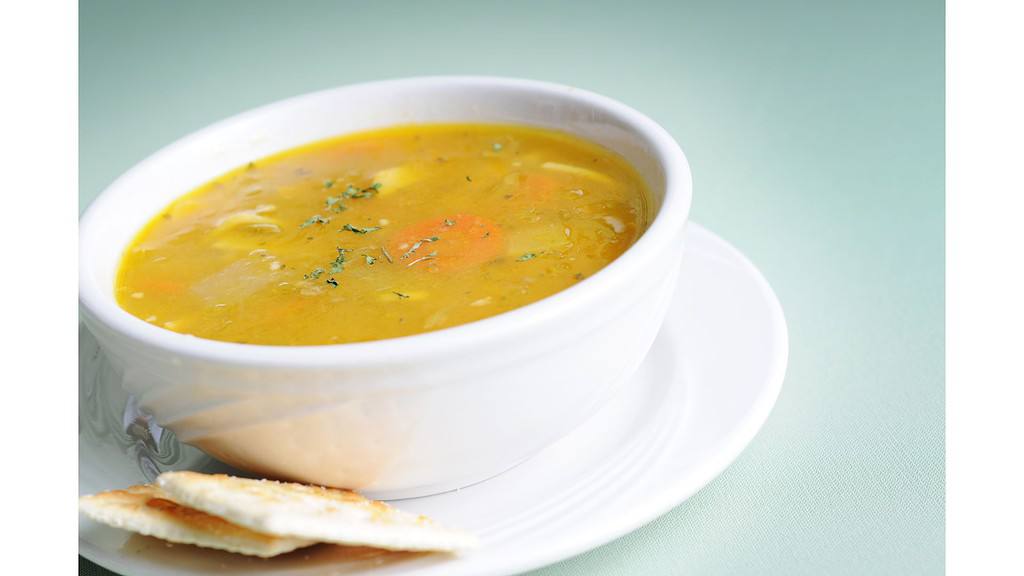 When cooking homemade chicken soup, it’s extremely important to make sure the chicken is cooked all the way through. Raw and undercooked chicken can cause a slew of illnesses, including salmonella.

The total cooking time will depend on the size and the amount of chicken in the soup. A general rule is to simmer until the meat is falling off the bone or is flaky and easily pulls apart with a fork. You can also check it with a meat thermometer.

The USDA states that all chicken should reach an internal temperature of 165 degrees to be considered cooked.

Canned soup has already been cooked, so there is no danger of any raw food bacteria. The soup is perfectly safe to eat cold out of the can for that reason.

However, once the can is opened, the contents should be eaten within 2 hours or refrigerated. You should beware of a few things before eating from the can.

Concentrated or condensed soup contains a lot of sodium. If you have issues with blood pressure, it’s probably best to follow the directions and dilute the soup.

Related:  Can Muscle Milk Go Bad? (Get the details)

Cold, canned soup may have chunks of fat which can be unpleasant, especially for those with sensory issues.

Is Canned Soup Healthy To Eat?

The answer here is, it depends. A lot of canned soups are loaded with sodium. Many even have unhealthy preservatives. However, there are some soup brands that cater to healthier diets and make low-sodium soups. If you are concerned about the sodium level of your canned soup: