It is actually not safe to eat a potato that has sprouted. Even if you cut the sprouts out of the potato, there may be traces of toxicity that can cause food poisoning and even death.

If sprouts grow on the potato, it is best to remain on the safe side and discard them. Potatoes are replaceable, but it is too late once a person gets sick.

Please continue reading to learn more about why it is best to discard and buy fresh potatoes that haven’t sprouted.

Sprouted Potatoes Can Be Dangerous 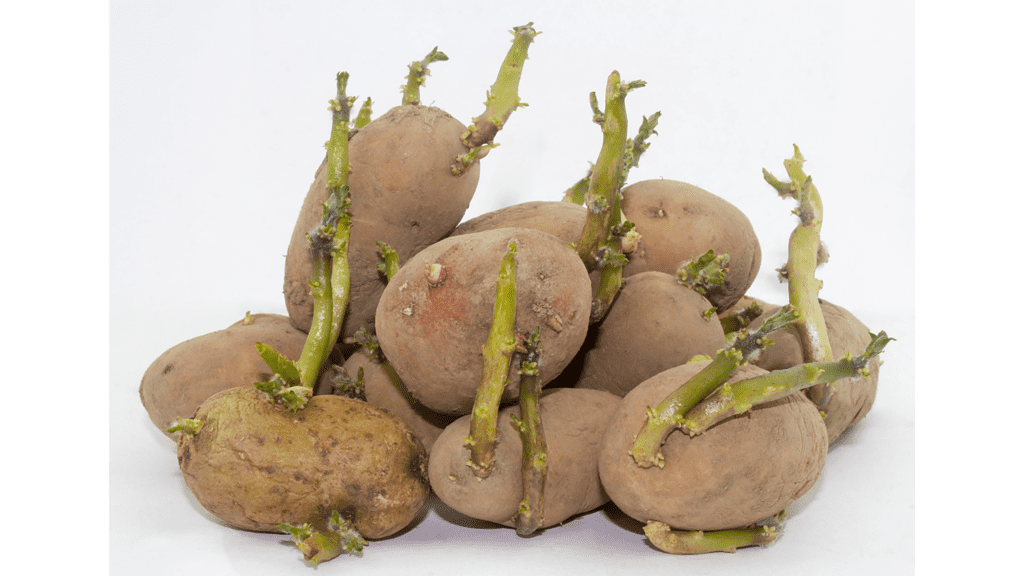 Potatoes contain chaconine and solanine, found in foods such as tomatoes and eggplants. They are two natural glycoalkaloid compounds that have many health benefits if eaten in small amounts.

They are known to lower cholesterol and blood sugar and have antibiotic properties.

If too much is consumed, it can become toxic.

Potatoes also contain vitamins, minerals, and fiber. Overeating with these health benefits, especially too much fiber, can also be harmful, but it is an excellent source of nutrients in moderation.

You can only take a chance when the potato is firm, and the sprouts are small. The tiny sprouts may be removed if the potato has no wrinkles or shriveled. 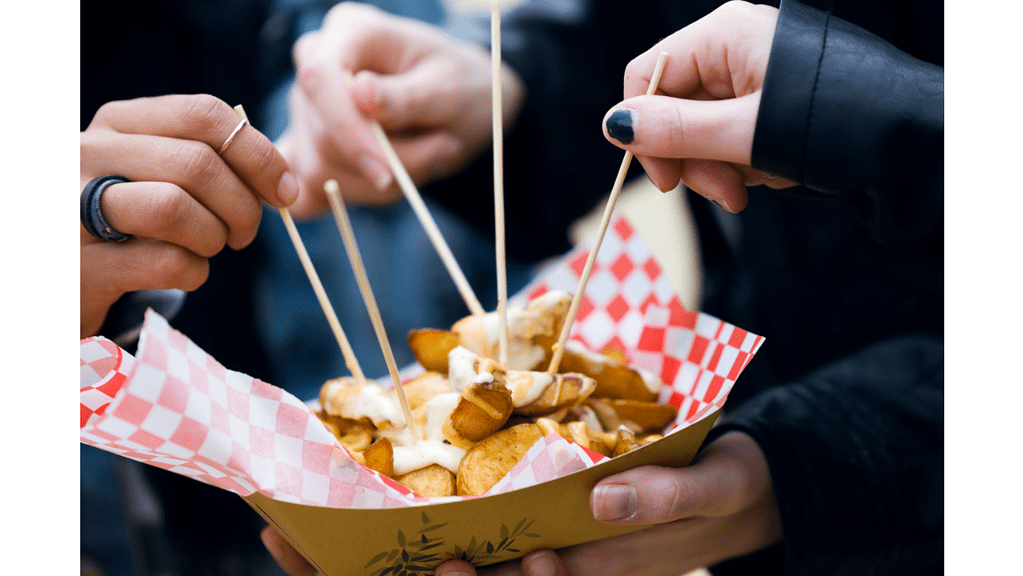 We strongly caution there is still a chance of getting food poisoning, and the sprouts should never be eaten, whether small or large.

Once the potato sprouts, the glycoalkaloid rises. This process is where sprouted potatoes become dangerous.

Within a couple of hours to a full day, signs and symptoms may show up as food poisoning after consuming sprouted potatoes.

Is It Safe to Remove the Sprouted Areas?

Most people will use a potato peeler and remove the sprouted areas and bad spots, but is it safe to consume after doing this?

Glycoalkaloids are more concentrated in these areas: 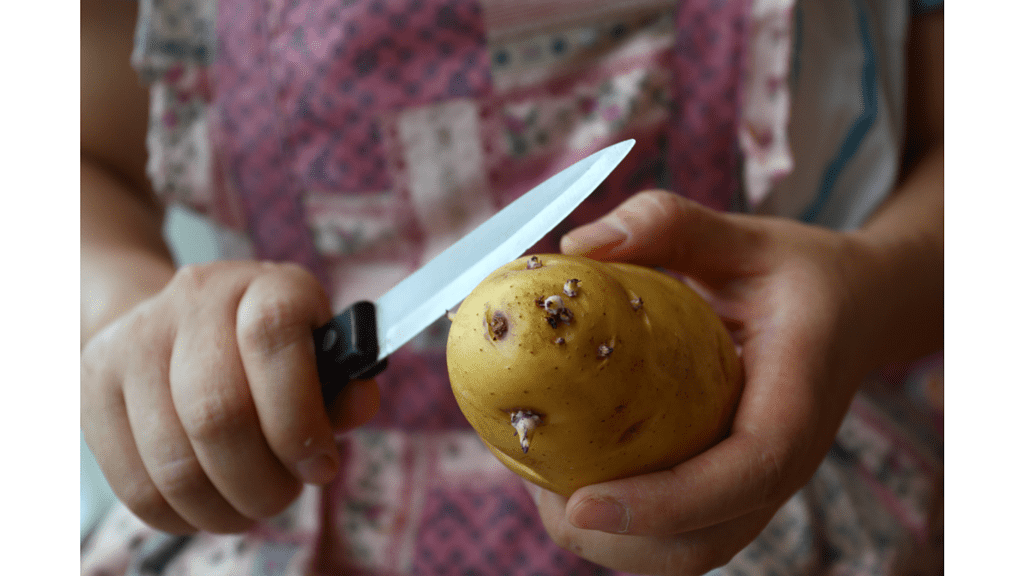 Sprouting is not the only thing to worry about on a potato. When the potato sprouts, it can cause physical damage to the potato. It will also have a bitter taste and possibly turn green.

These are the signs that a higher concentration of glycoalkaloids is present and has a dramatic increase.

To lower the levels of toxicity, cut off and discard the following:

Peeling the potatoes and frying them can lower glycoalkaloid levels. Microwaving, baking, and boiling have little to no effect on the potato.

It is best to discard them and not mess with them due to the extreme hazards surrounding green or sprouted potatoes.

It is essential to realize that, eventually, the potato will grow sprouts.

There are a few things you can do to make the potato last a little longer:

Related:  Is Cheese a Condiment? (Or a Food?)

What To Do with Potatoes That Sprouted 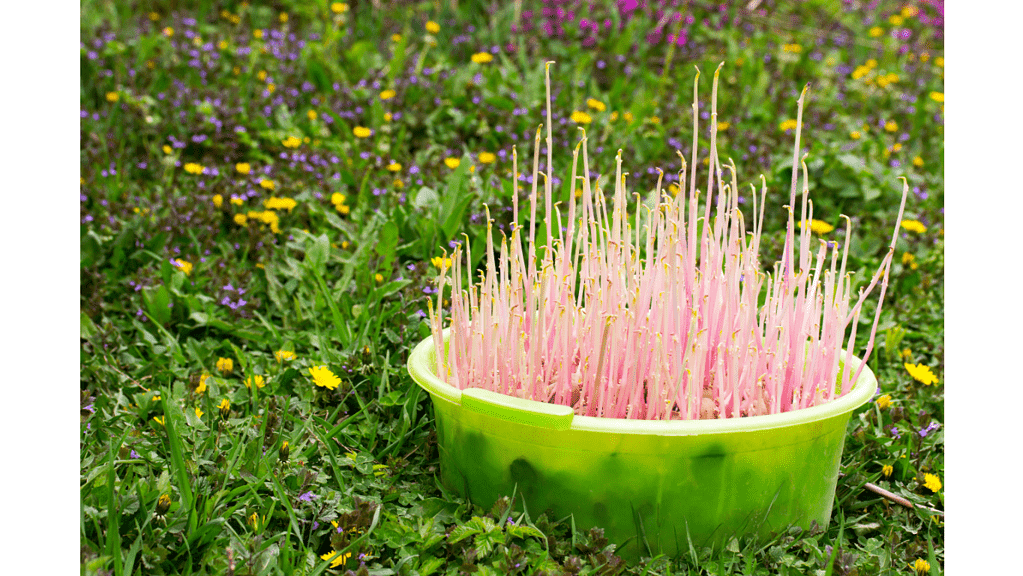 Most do not like to let anything go to waste. Once the potato is sprouting, you can still use it to start your own garden of potatoes. It is an excellent way to recycle, and you will not have to worry about buying potatoes if you grow them yourself.

They are easy to plant. It is best to grow them in a garden, not in a pot, because the plant is a never-ending vine. All you have to do is take the soil and dig a hole. Put the potato in the spot, cover it up, and add water.

The only thing to remember is not to let them grow wild. The vines will choke out other plants and attach themselves to anything and everything they come in contact with that is nearby.

It is the sprouts that will take root and grow from there.

Is it safe to eat a raw potato? 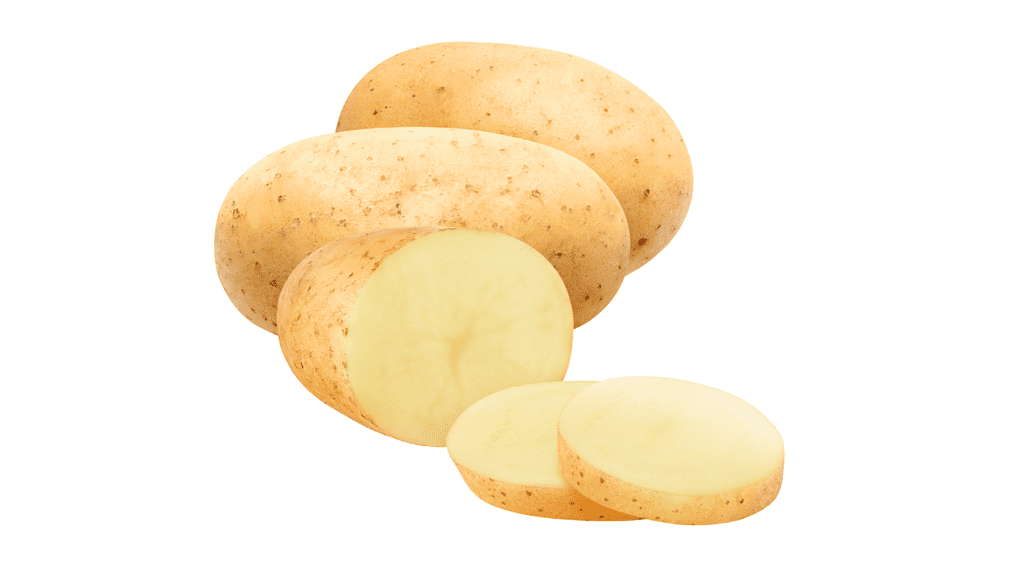 It is not a wise decision to eat a raw potato. However, one or two bite-sized pieces will not do any harm. Raw potatoes are not easy to digest and should be cooked. Raw potatoes have too many high levels and can be toxic.

Cooking a potato lowers the levels of glycoalkaloid compounds.

Will potatoes last longer in the fridge? 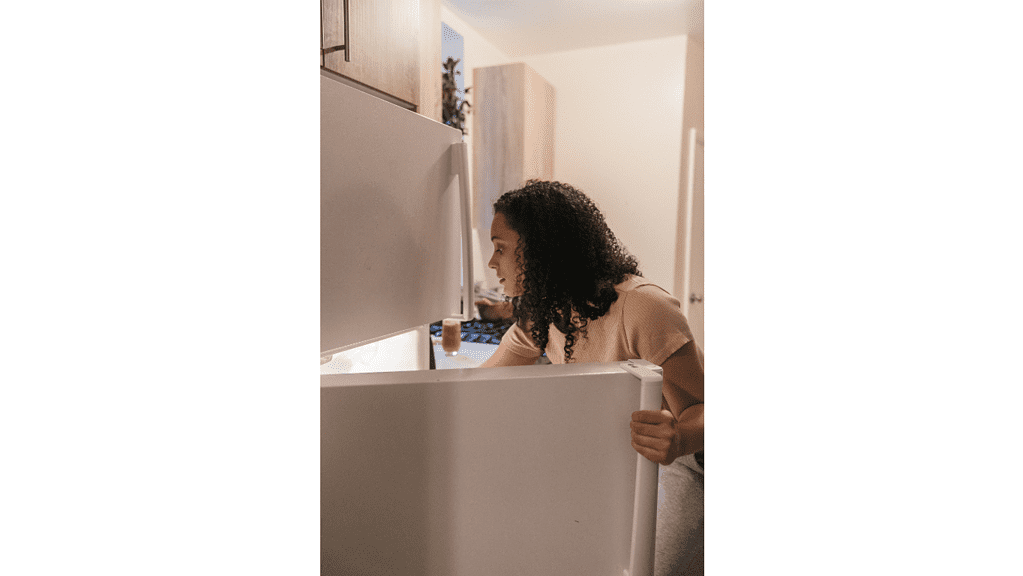