Cheesecake is one of the most popular desserts served at parties and gatherings, but one big question is what temperature to serve it. Should cheesecake be served at room temperature?

Before you get your forks out, you’ll want to know whether or not to leave the cheesecake out for a little while before giving it to your guests or if it should remain in the refrigerator until serving time.

However, your guests may vary! Ultimately the temperature at which you should serve cheesecake is a matter of opinion. Some people prefer cooler cheesecake pulled straight out of the refrigerator. 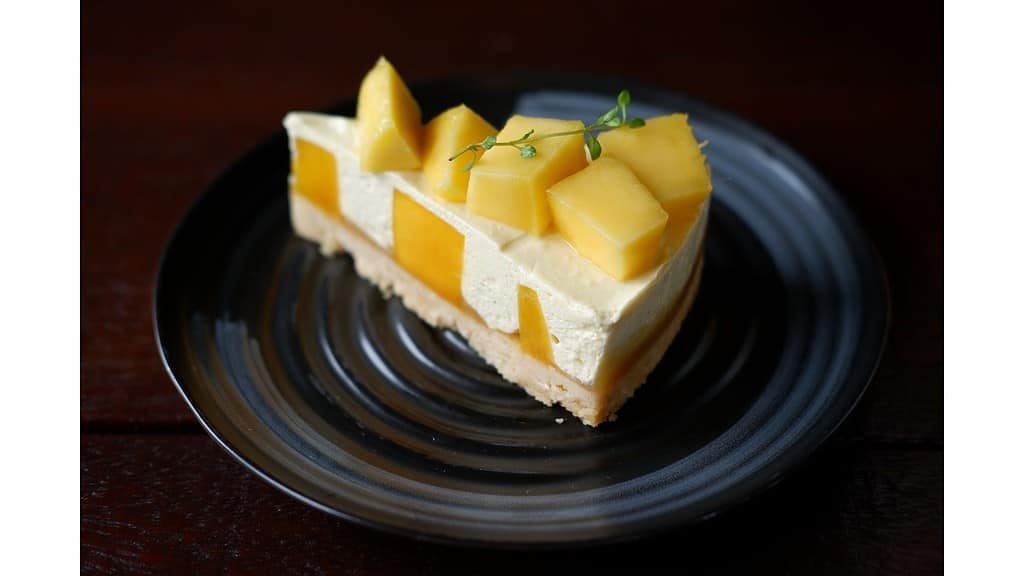 How Long to Leave the Cheesecake Out Before Serving?

How long can you leave cheesecake to sit before it qualifies as room temperature? And if you leave it too long, will it risk the health of your party guests?

The truth is, 20 minutes should be enough time for your cheesecake to reach room temperature. Still, you don’t want to leave it unrefrigerated for more than six hours, or you risk collecting bacteria that could make you and your guests sick. 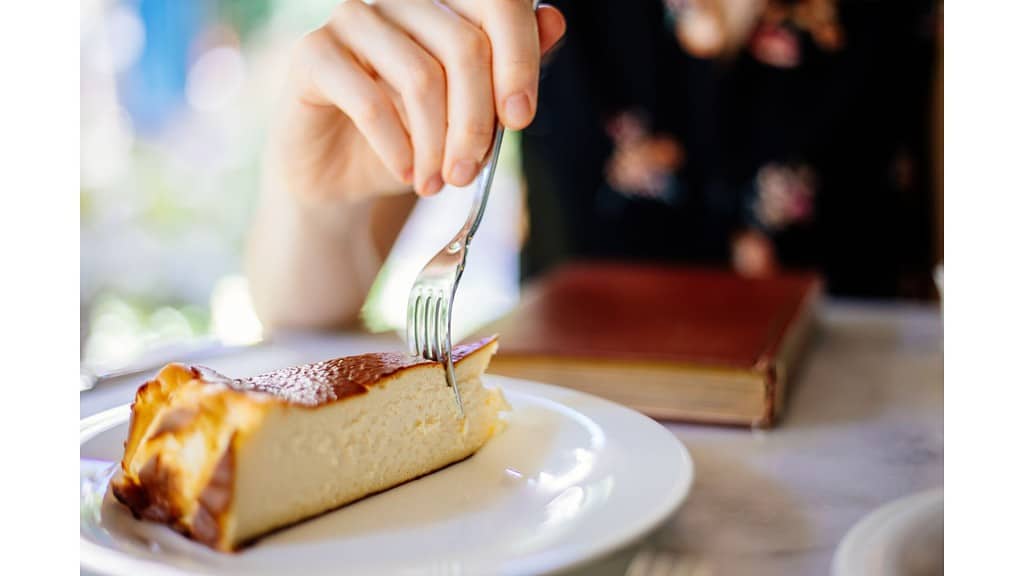 If you’re worried about leaving your cheesecake out at room temperature for too long, consider setting an alarm that will go off at the five-and-a-half-hour mark. If you or any guests would like another slice of cheesecake after that point, you can always retrieve it from the fridge.

What Happens if You Eat Cheesecake That Has Been Left Out?

The answer to this question depends on how long you have left the cheesecake at room temperature. What if you left your cheesecake out overnight by accident? You might wonder whether it is still safe to eat, or if you can risk eating a piece.

And, ill-advised as it is, maybe you can. There’s a chance that nothing will happen. Even so, you should be aware of the risk you’re taking before you cut yourself a piece of that cheesecake so that you can make a calculated risk assessment.

For one thing, cheesecake is made of milk, eggs, cream, and other ingredients that can spoil. If ingredients spoil, they risk becoming breeding grounds for some very nasty bacteria.

Salmonella and listeria, for example, can thrive at room temperature, and if ingested they can wreak havoc on your digestive system.

However, if the idea of running for the bathroom is not enough of a deterrent for you, eating older cheesecake probably isn’t going to kill you. Even so, both in culinary and health terms, it is not suggested that you do so. 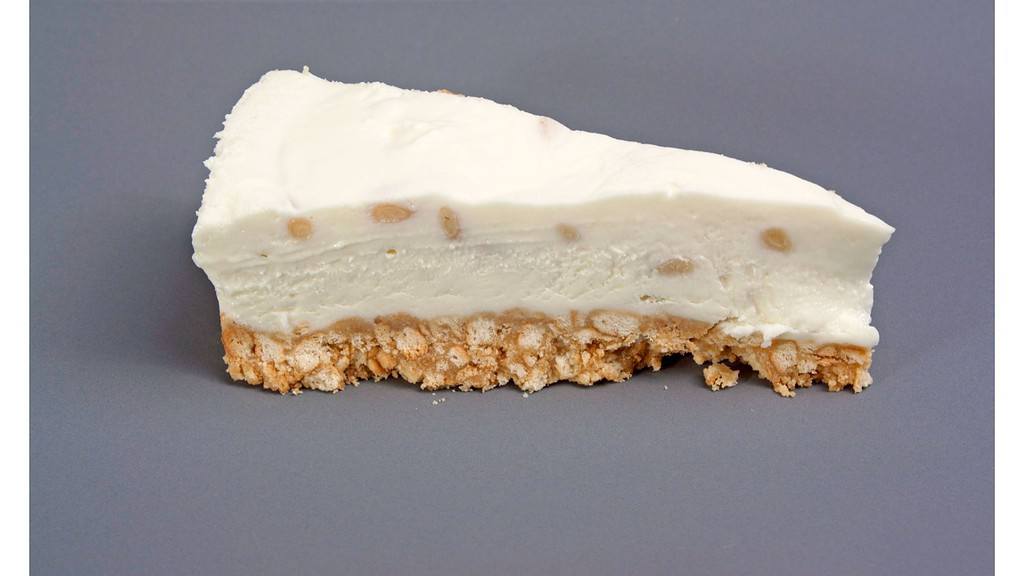 What Happens if You Cool a Cheesecake Too Quickly?

Cheesecakes are baked goods, and like all baked goods you have to be delicate when making them. If you take your cheesecake out of the oven and put it immediately in the fridge without letting it cool, the results won’t be perfect.

It can leave cracked or imperfect textures which might interfere with your enjoyment. This pitfall, however, is easily avoidable.

As with any other kind of baked good, cheesecakes rely on moisture. When you allow the cheesecake to cool at room temperature before refrigerating it, you give that moisture time to even out, improving the texture.

If you put the cheesecake in the fridge immediately after pulling it out of the oven, the moisture has no chance to temper itself. It will be brought down to a low temperature too fast, which will lead to a cracked and crumbling cheesecake.

Related:  What Is the Equivalent of Double and Single Cream in the US?

If you’re concerned about cheesecake presentation, remember to let it sit before you put it in the refrigerator. 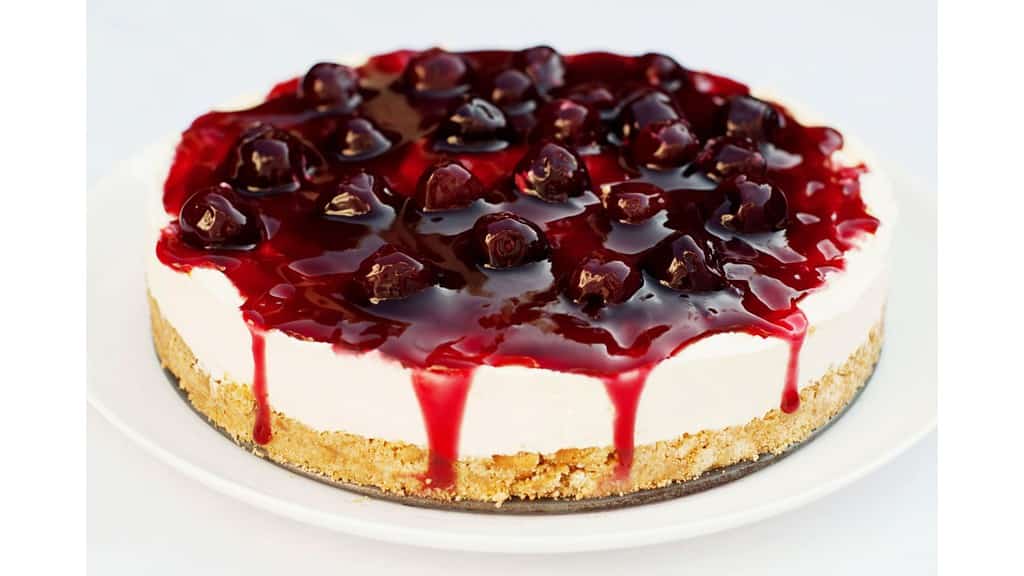 It should be noted that the cheesecake will probably crack anyway, at least a little bit. Even professional chefs often end up with little cracks in their cheesecakes along the surface. There is, however, a big difference between a little crack and a cake that won’t hold its shape.

It will still taste just as good regardless, but if presentation matters to you, letting the cheesecake cool before putting it in the refrigerator is the right move.

How Do You Cool a Cheesecake Quickly?

What if the instructions say to refrigerate the cheesecake for 12 hours, but you don’t have that much time? Don’t worry, there is a way to cool your cheesecake down faster, but it requires more space in your refrigerator, as well as a portable fan.

When you pull your cheesecake out of the oven, move it to the refrigerator. Then put your portable fan in the fridge next to the cheesecake and turn it on. The fan will disperse more of the heat in the cheesecake, thus bringing down the temperature at a quicker rate. 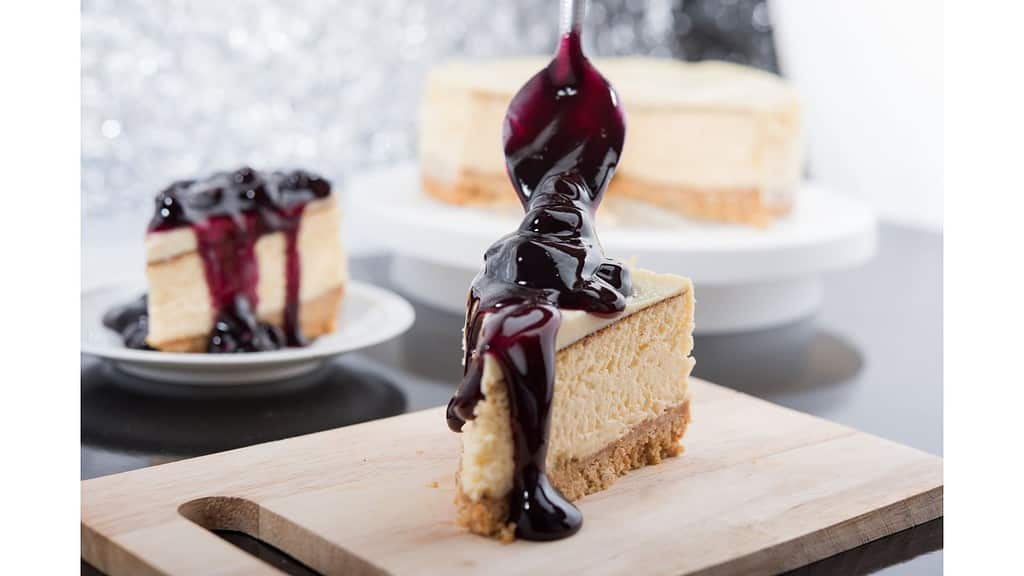 Although it isn’t the ideal way to cool down a cheesecake, it can be necessary if you don’t have twelve hours to spare.

So, should cheesecake be served at room temperature? Yes, provided you don’t leave it out for too long! For the most part, cheesecake temperature can be boiled down to a matter of preference.

Some people like cheesecakes fresh out of the refrigerator, and some prefer it to sit for a little while to get to a more room temperature before they eat it. Some people like a nice presentation while others don’t mind a crumbly cake as long as it still tastes good.

Related:  Can You Eat a Pelican?

You know what your friends like better than Google. And if you need more guidance for your specific party, ask your guests what they would prefer, and serve your cheesecake accordingly. The key to a successful desert is to serve it to the people at your table.