Pomegranates are a variety of fruit that grows on a shrub. They are distinctive for their typically bright red husk and the hundreds of edible seeds inside. If you try to follow a recipe using pomegranates, and you’re expecting bright red seeds, you may be left asking yourself, why are my pomegranate seeds white?

From cooking shows on TV and recipes online, it may seem that pomegranate seeds are all bright red. That’s not accurate. Seeds from different varieties of pomegranate are naturally white.

Depending on the specific cultivar (variety) and a few other factors, they can also be almost any shade of pink between white and red.

White pomegranates tend to have paler, whiter seeds. The outer husk’s color is often a preview of the seeds you will find inside the pomegranate. Sometimes, a pomegranate bush’s fruits may change from season to season. There are some variations, but most species of pomegranate taste similar.

What Color Should Pomegranates Be?

The pomegranate has been extensively cultivated all over the Mediterranean, South Asia, and the Middle East for many centuries, though it is native to northern India. Now, it’s grown all over the world.

Because there are so many varieties, and the pomegranate’s coloring naturally varies quite a bit even on the same bush, you can expect to find pomegranates with seeds ranging from pure white to deep or bright red. Typically, pomegranates with a white husk may have lighter-colored seeds.

Why Are My Pomegranate Seeds Not Red?

Red-husked pomegranates are more likely to have redder seeds, but it’s not guaranteed. Some pomegranates may have dark purple or black husks, but the seeds typically don’t get that dark. As pomegranates mature, their husks and seeds tend to develop more pigmentation. 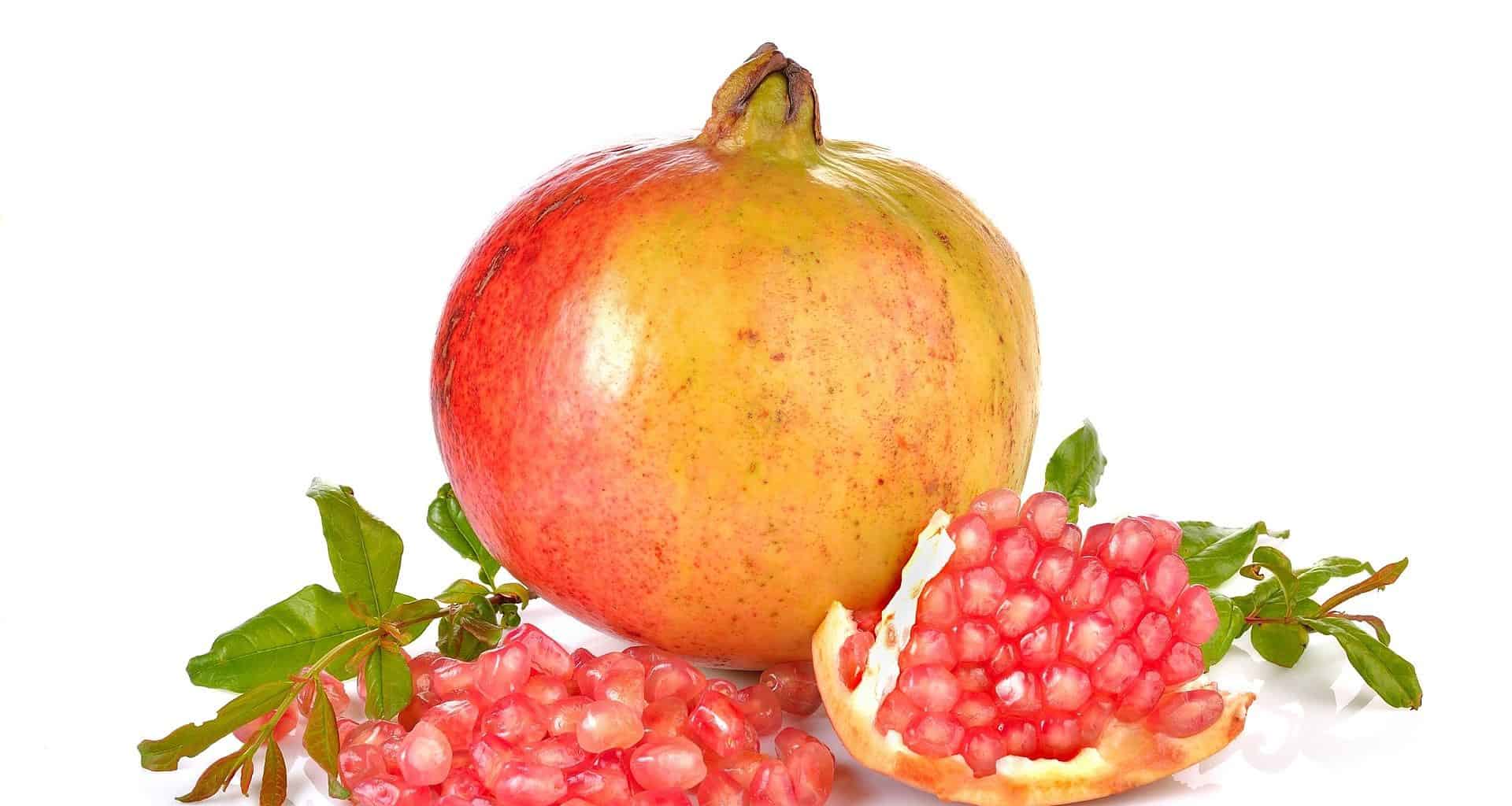 Related:  How Do You Thaw a Prime Rib Roast

Societies throughout history have used pomegranate seeds as a holistic remedy for various ailments and illnesses. It also has strong symbolism in many cultures. Its seeds, even the white ones, are quite safe to eat. They’re rich in vitamin C and fiber and can be part of a healthy diet.

Some advertising in recent years has portrayed the pomegranate as having restorative and anti-disease properties. Unproven research was at the heart of many claims, and the government had to step in to crack down on some false advertising.

This doesn’t mean you shouldn’t eat white pomegranate seeds. You can also use them in recipes, marinades, and drinks. 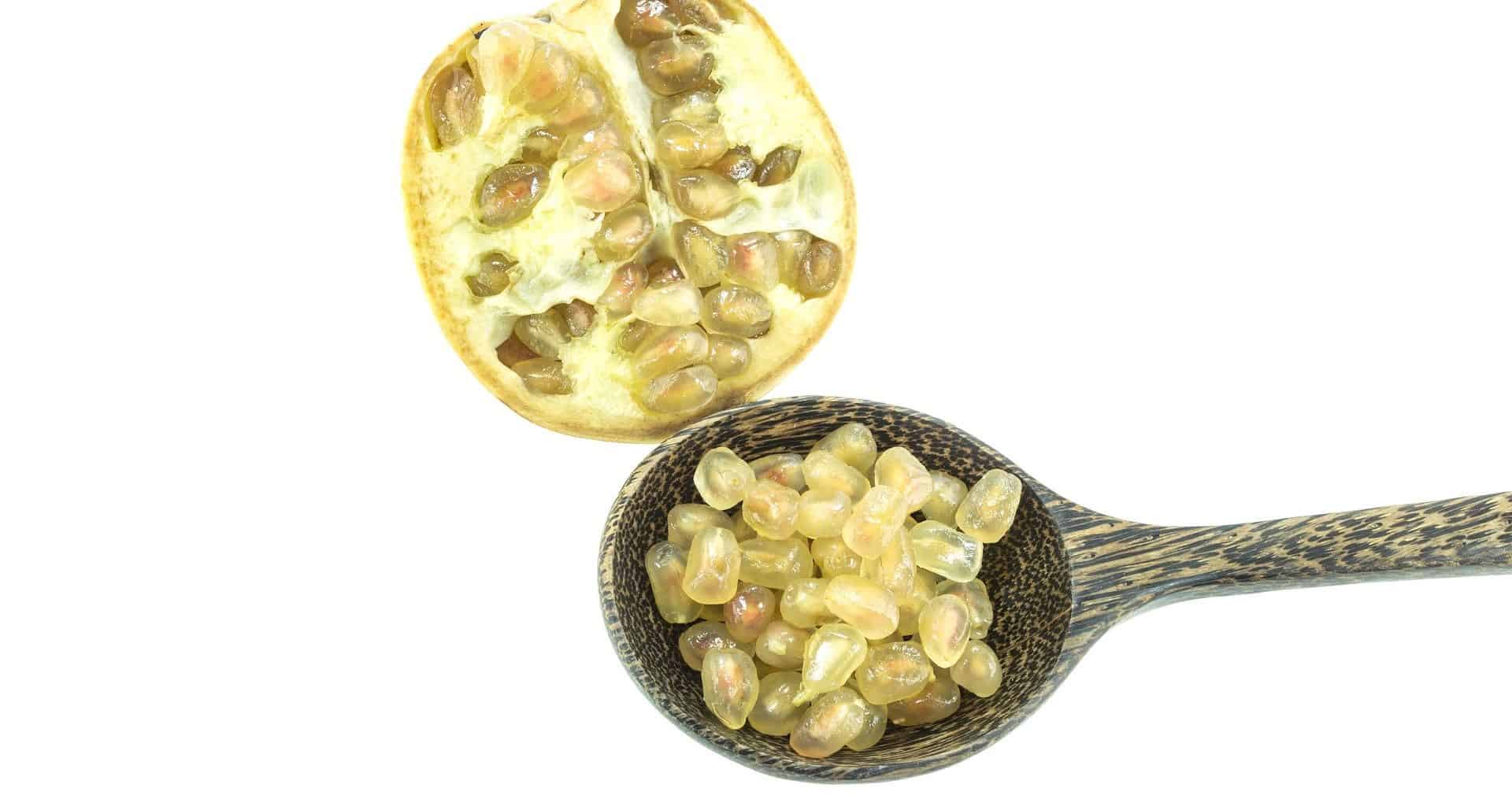 How Do You Get the Seeds out of a Pomegranate?

There is a bit of an art to extracting the seeds from the husk of a pomegranate. Some people swear by freezing them, thawing them, and cutting the top off to scrape the seeds out. This technique works well for people with patience, as the freeze-thaw cycle seems to loosen the seeds quite a bit.

There’s also another pretty easy technique that’s much faster. Take your ripe pomegranate, and cut the top off of it. You’ll see that there are six sections of seeds inside, each divided by a white pith. Hold your knife vertically, and drag the point of the blade along each rib of pith, scoring about ½-inch deep.

Flex the skin of the pomegranate back and forth a bit, and tear the sections from each other. Some seeds may already start coming loose. Now, you can turn the pomegranate over and shake more seeds loose. Start using your fingers to turn the skin inside out, popping the more stubborn seeds out.

Related:  Can My Meatballs Be A Little Pink Inside?

You may have to get the last few free with a spoon, and you have to do this process with each of the six sections. But this technique is quick, easy, and leaves you with anywhere from 400-1200 pomegranate seeds.

Just be careful. The seeds can stain, even if they’re not bright red. 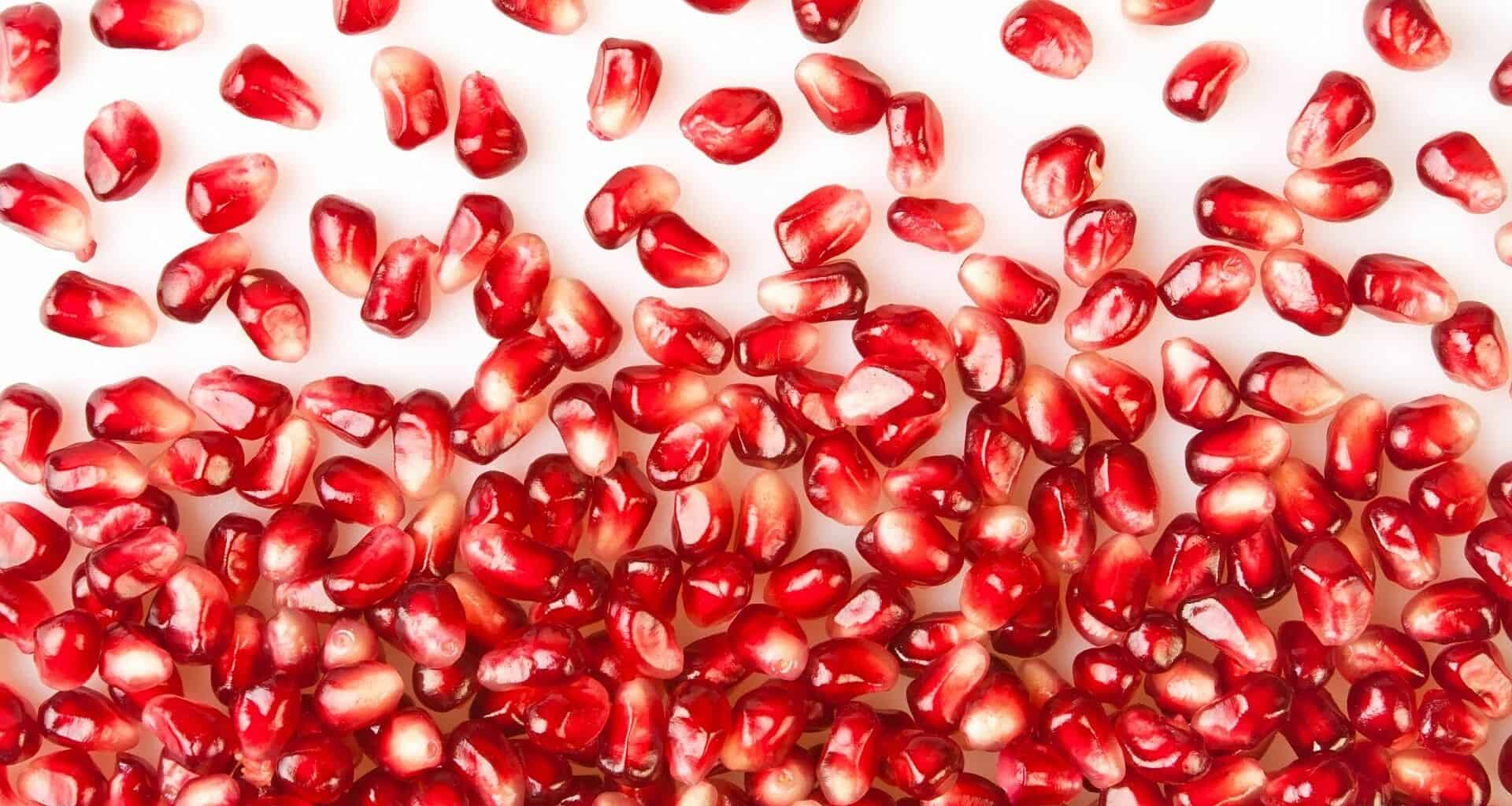 Pomegranate seeds are usually little bursts of fresh, citrus sweetness. Even white pomegranate seeds can be quite sweet. The flavor varies considerably, just like the colors. They have been used to flavor grenadine syrup, and some pomegranate varieties are distinct enough for use as spices.

They’re even dried and used as an ingredient in some types of curry. 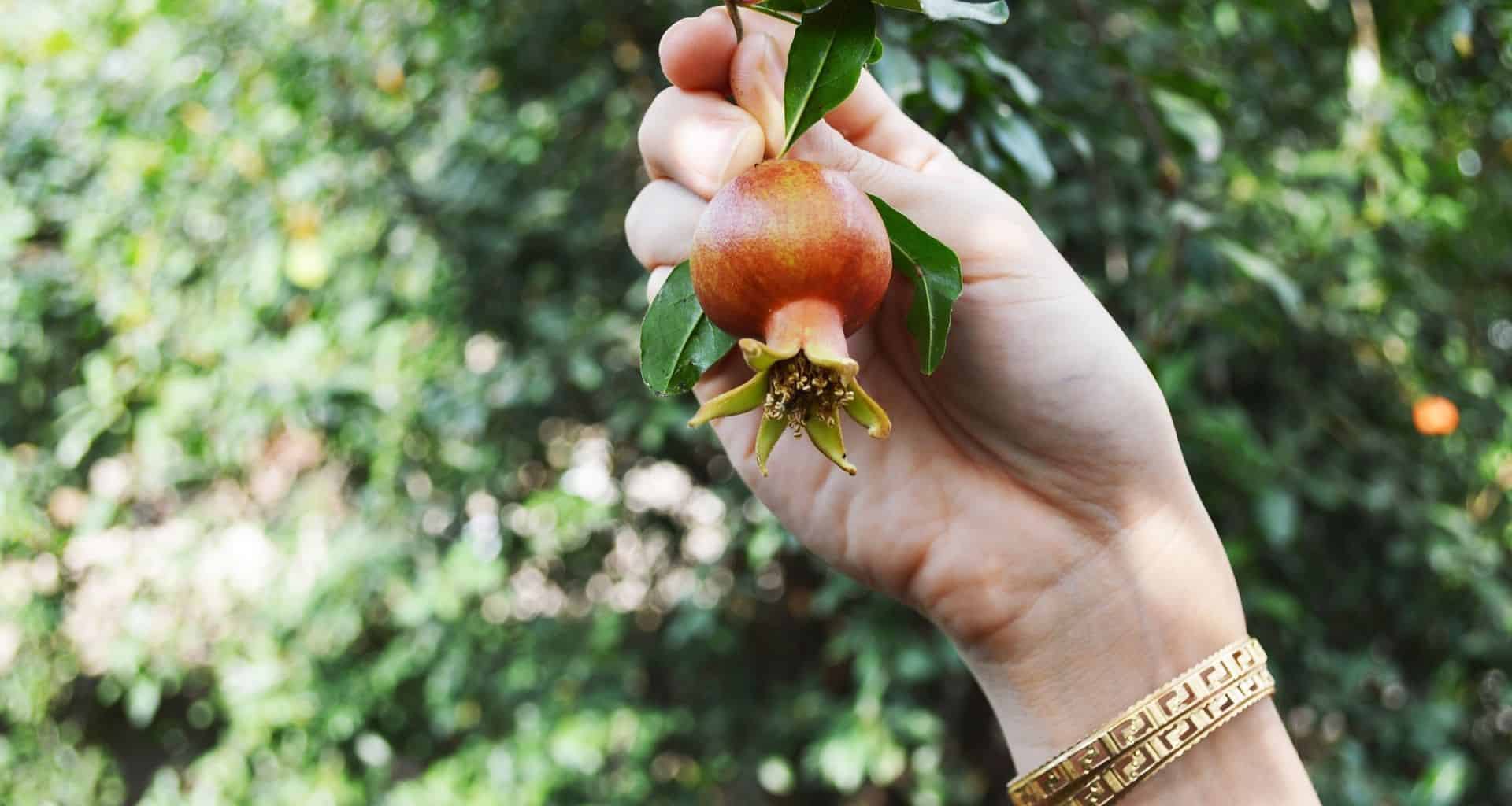 How Do You Know if Your Pomegranate Has Turned Bad?

If your pomegranate has split open on its own, it’s become overripe and is probably not any good. When you pick up a pomegranate, you should notice that it seems heavy for its size. If it is light, the seeds are probably dried out. And if there are big bruises, the fruit may be spoiling inside.

Often, the best way to tet a pomegranate to see if it’s gone off is to take a careful whiff. Any sourness should make you suspect that it’s gone rotten. 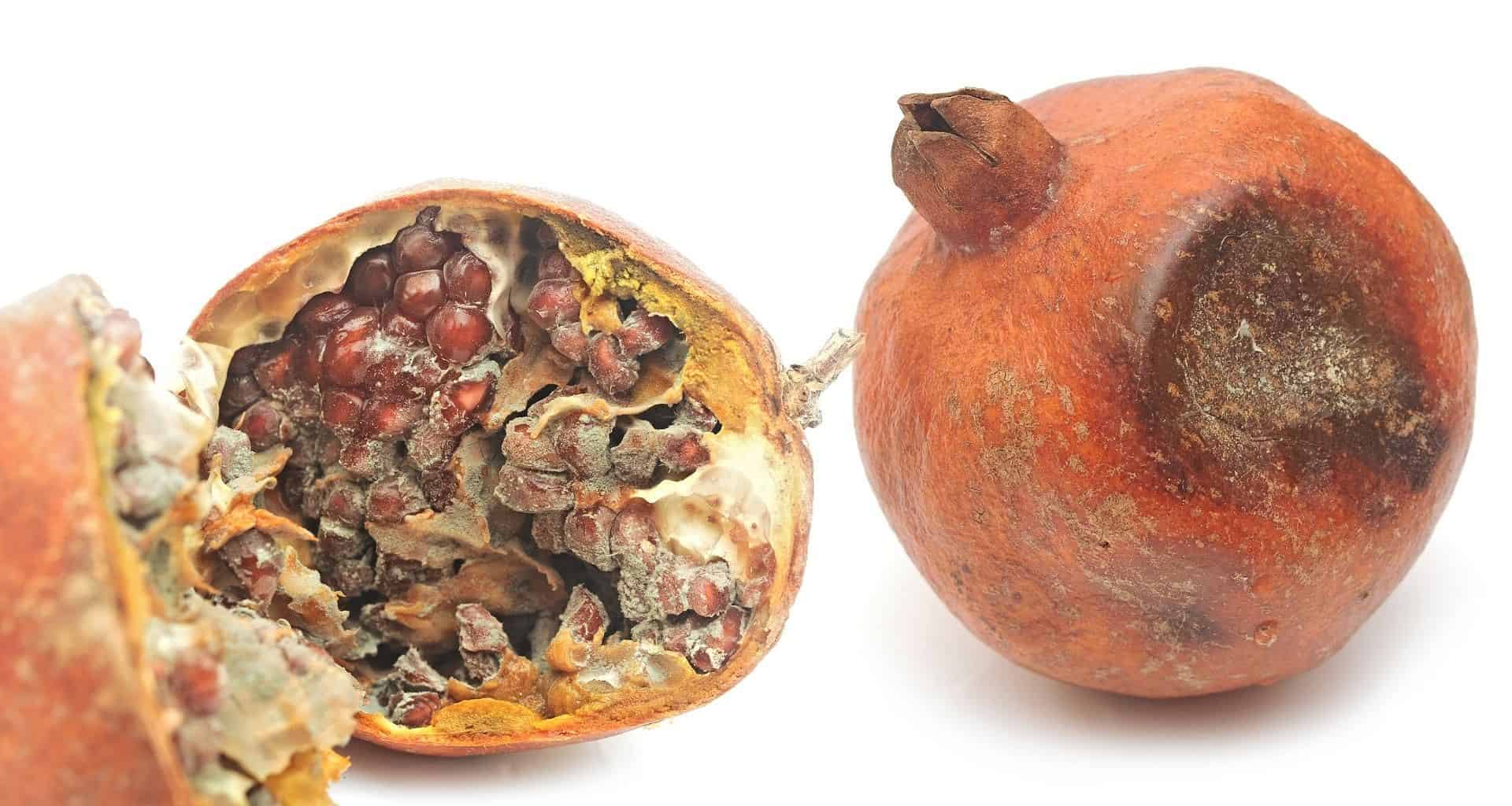 How Should You Store Your Pomegranates?

Pomegranates bruise very easily when they’re ripe. Store them in a cool dark place or inside the refrigerator.

They are usually picked a bit before they’re truly ripe to avoid damage in shipping. So, unless you’re getting them at a farmer’s market where you know they were picked very recently or you’re picking pomegranates from your own bush, you should use pomegranates within a day or two of buying them.

Related:  How Much Sugar Do You Put In Kool-Aid?

Pomegranates can last for a week to ten days when stored in the fridge from the day you harvest them. 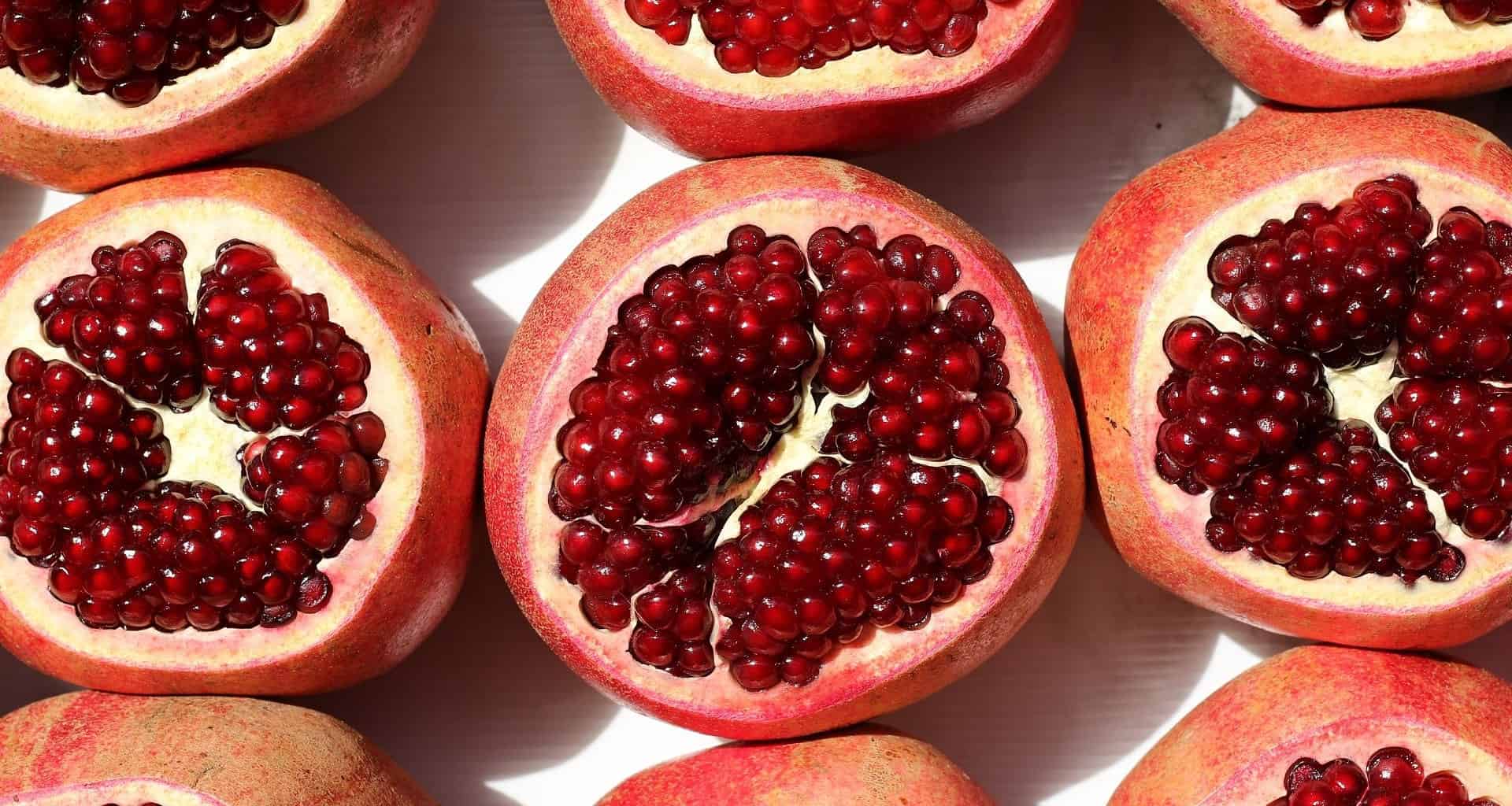