We all love our snacks, and it’s hard to beat the satisfying crunch of tortilla chips!

Doritos are usually the first brand that springs to mind, and it is strangely understandable to see someone licking their fingers after diving into a bag of tasty Doritos. They are hard to resist!

But, are they vegan?

You’ll want to keep reading to know which flavors you can gobble up at the next party!

Which flavors and varieties are vegan-friendly?

With a wide range of flavors to choose from, we’ll explore which options are vegan-friendly and which you’ll want to avoid.

There are even some flavors that vegetarians will want to take a rain check on! But let’s focus on the positives – below is a list of vegan Doritos!

Thankfully, the above flavors have all been confirmed as vegan by organizations such as Peta and The Vegetarian Resource Group. 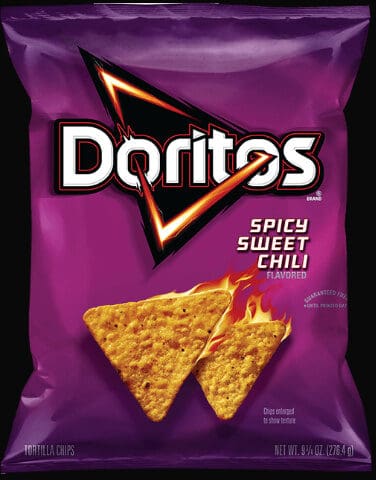 Next time you’re catching up with your friends for movie night you can happily tuck into a bag of these tasty snacks, but be warned – they disappear fast!

For those of you who need to watch out for allergies, it’s worth noting that the Spicy Sweet Chilli flavor contains soy products!

In December of 2020, Doritos re-released their revamped Doritos 3D Crunch that originally launched in 1998.

This launch drew traction on social media as people excitedly awaited a nostalgic throwback to their childhood as they were last on the shelves in the early 2000s.

Unfortunately, both flavors that were released contain milk products which make them a no-go for anyone following a vegan lifestyle, but it’s early days yet. So let’s not give up hope! 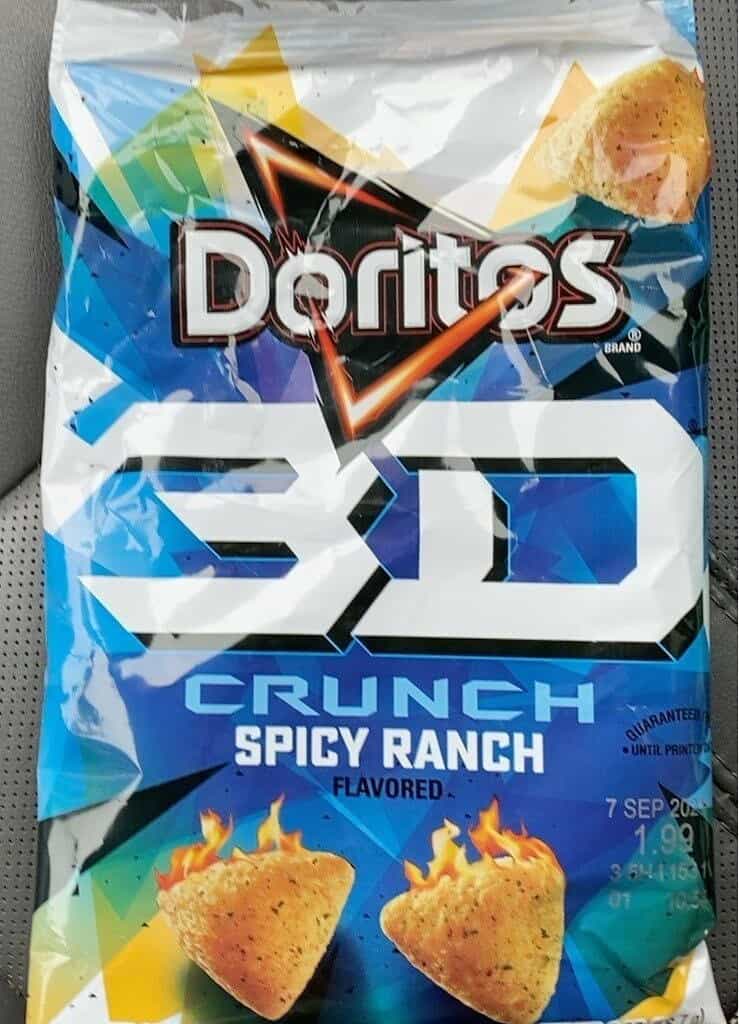 I know, I know – Doritos are amazing, delicious, crunchy, addictive…the list goes on!

But what are they made of?

They are corn-based tortilla chips that contain a mix of oils, salt, sugar, MSG, and flavorings.

While we all know they are super tasty, it’s important to remember each Dorito contains 29% fat by weight. We’ve all heard it before – everything in moderation (even moderation)!

Maybe one bag is enough!

Some of you might be surprised to hear that many varieties of Doritos are not even vegetarian!

What’s even more surprising is that the unassuming Salsa Verde Flavor has a natural chicken flavor which indeed is animal-derived! That really took me by surprise. Who would have thought that would be the case with a salsa flavor?

Luckily, we have you covered with an amazing Pico De Gallo Salsa to load up on your plain Doritos! 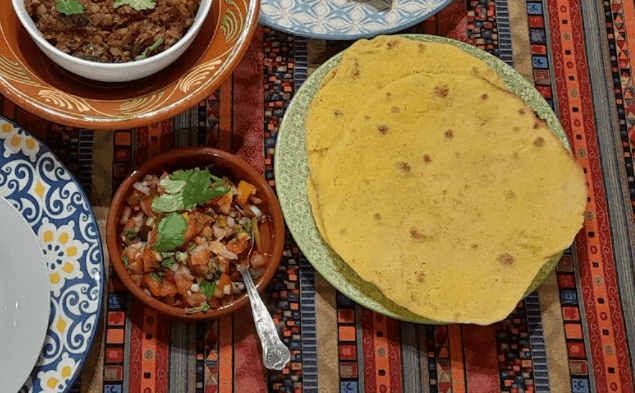 A topic that is often a bone of contention (pun intended – you’ll see why) is whether some sugars are vegan. There can be cow bone char used at times in the processing, but it’s hard to know when.

Doritos use either cane or beet sugar, however, representatives of the company shared that “ingredient processing is not considered a part of ingredient information, so we will not be able to tell customers if cow bone char was used.”

It’s nice to know that those following a vegan lifestyle still have a few options to choose from these timeless snacks, but it’s a bit of a reality check to learn that many of the flavors are not even vegetarian-friendly!

Related:  Sproud Milk Review - How Does It Taste?

My favorite flavor is the Spicy Sweet Chilli Doritos. What will yours be?