Commercially prepared and bottled distilled water is very safe. It’s made by boiling regular water and collecting the steaming vapor while leaving impurities behind. When the vapor condenses, the resulting collection is distilled water.

Since the impurities have already been removed, properly bottled distilled water won’t go bad when stored safely. Bottles and jugs of distilled water often have a ‘best if used before’ date. That’s because the likelihood of a leaky container or environmental contamination increases over time.

However, like other bottled drinking water forms, distilled water is safe to drink and use indefinitely. You just have to be alert for signs that the water has spoiled or become undrinkable in your storage area. You should also take care to use up the water you open within about two months.

Otherwise, any harmful bacteria potentially introduced while it was open can spoil it.

What Is Distilled Water?

The act of boiling water results in the production of steam. Since steam is very light, and dirt, minerals, and other non-volatile substances are heavier than steam, they are left behind. So, by collecting and condensing the steam, you have purified the water.

That process is also known as distillation. 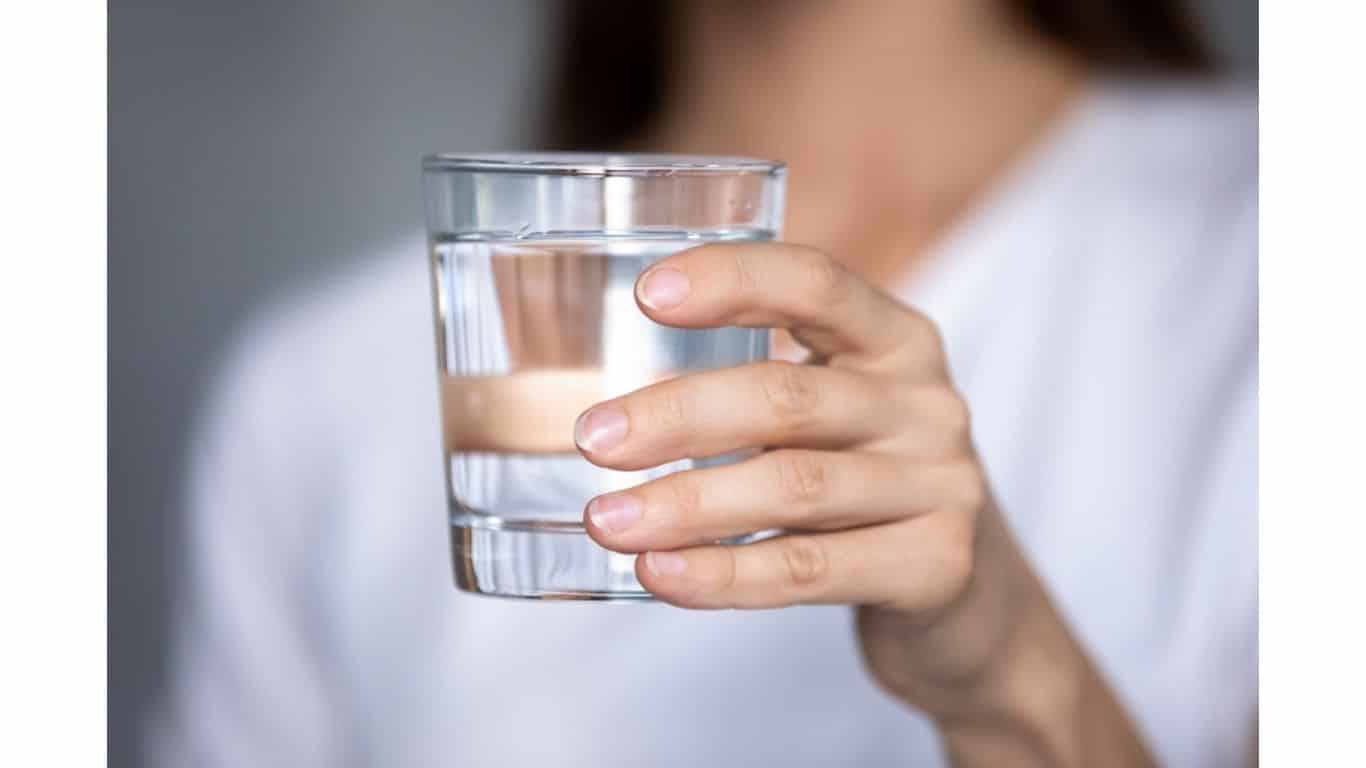 But What About Volatile Pollutants?

Volatile Organic Compounds (VOC) include a variety of chemicals. You don’t want any of them in your drinking water because they are often quite dangerous.

Since these common chemicals often boil just like water, they aren’t removed by distillation. So, your original water supply mustn’t contain them. 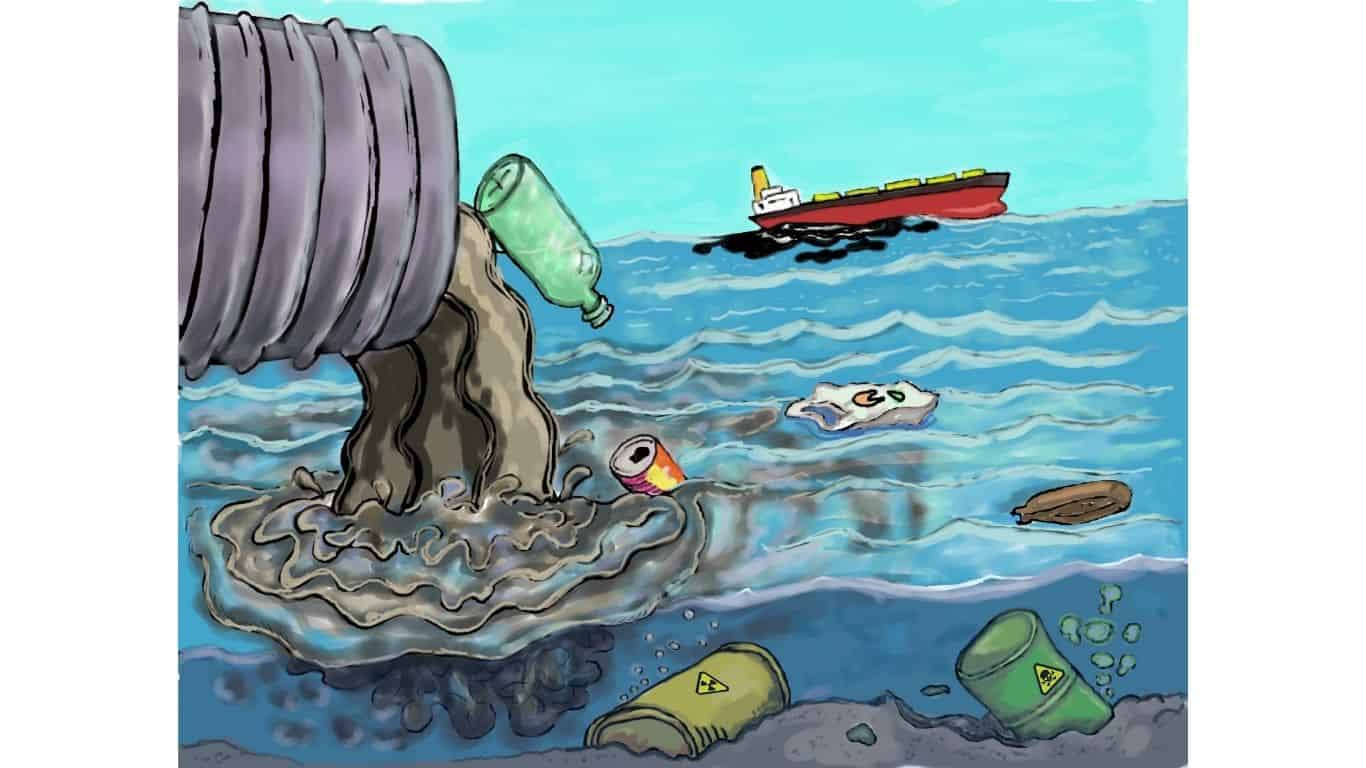 How Do You Store Distilled Water?

The best way to store distilled water is in its original container. That’s the best way to ensure that it is clean, free of contaminants, and fit for either consumption or use in an appliance. Once you open a container of distilled water, breaking the factory seal, the water can become polluted with anything in the environment, even substances in the air.

The best places to store distilled water are cool and dark, like basements and garages. Light pollution and heat can both affect the stability of the container and the water inside of them.

For instance, if your distilled water is in a plastic jug that partially melts from sitting in a scorching direct light, it may release harmful chemicals from the plastic into your water. 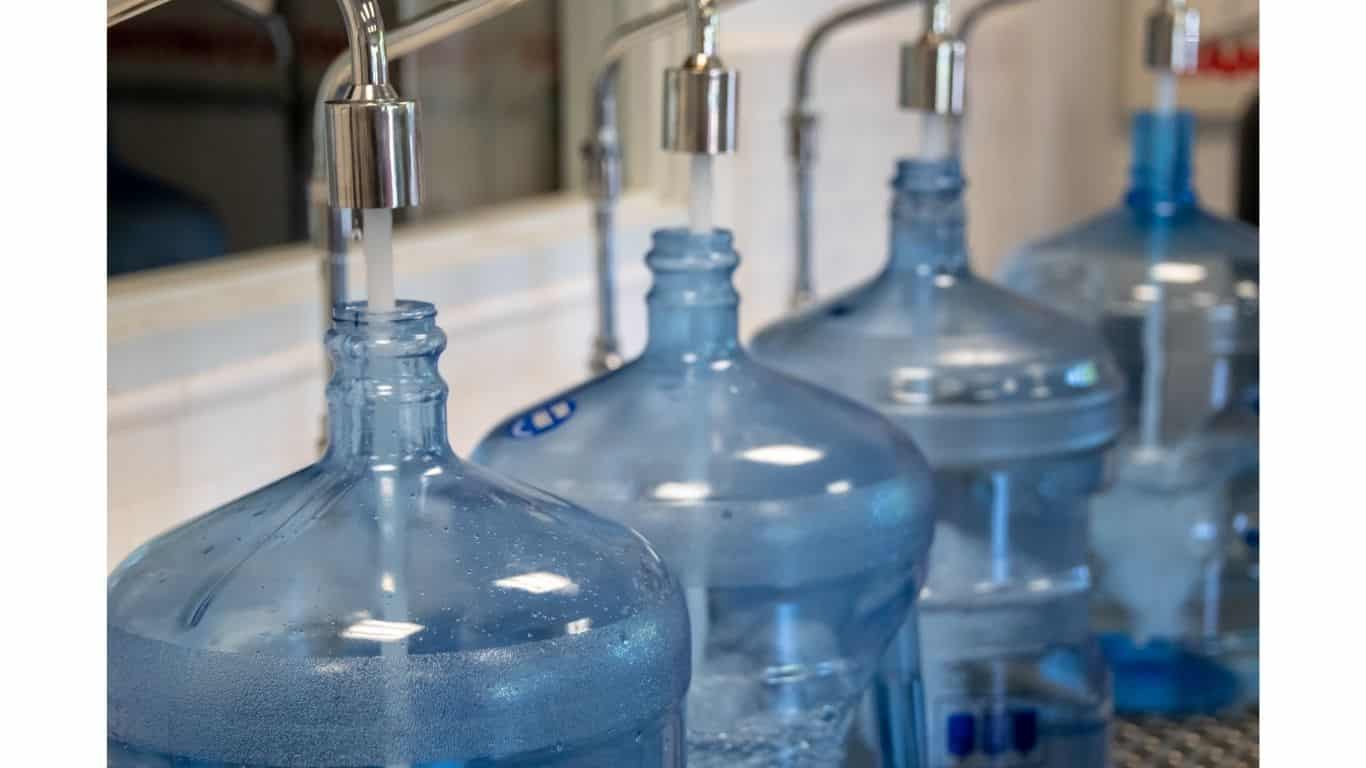 How Long Does Distilled Water Last?

Keep in mind that commercial bottling facilities that produce distilled water test their water rigorously, as required by the FDA. So, it’s probably much wiser to buy pre-packed and commercially-produced distilled water than attempting to make your own at home.

You may risk introducing harmful substances into your water without even realizing it, compromising its long-term storage.

Instead of keeping the same water on hand for decades, periodic changing of your stored supplies is good insurance against potential issues like leakage, breakage, spoilage, and damage.

You may even be able to disinfect the water if you think it’s become contaminated, but if it has all seeped out of the containers, you’ll be left high and dry.

Plastic can become brittle over time, mainly when under pressure or stored improperly. The last thing you want is to pull a tarp off your stored water jugs and find out an unnoticed leak has dribbled away all your stock.

Once you open a jug of distilled water, you should reseal it carefully. Since even brief exposure to the air can introduce minute amounts of unwanted substances that might ruin the water, you should use an opened jug within sixty days. 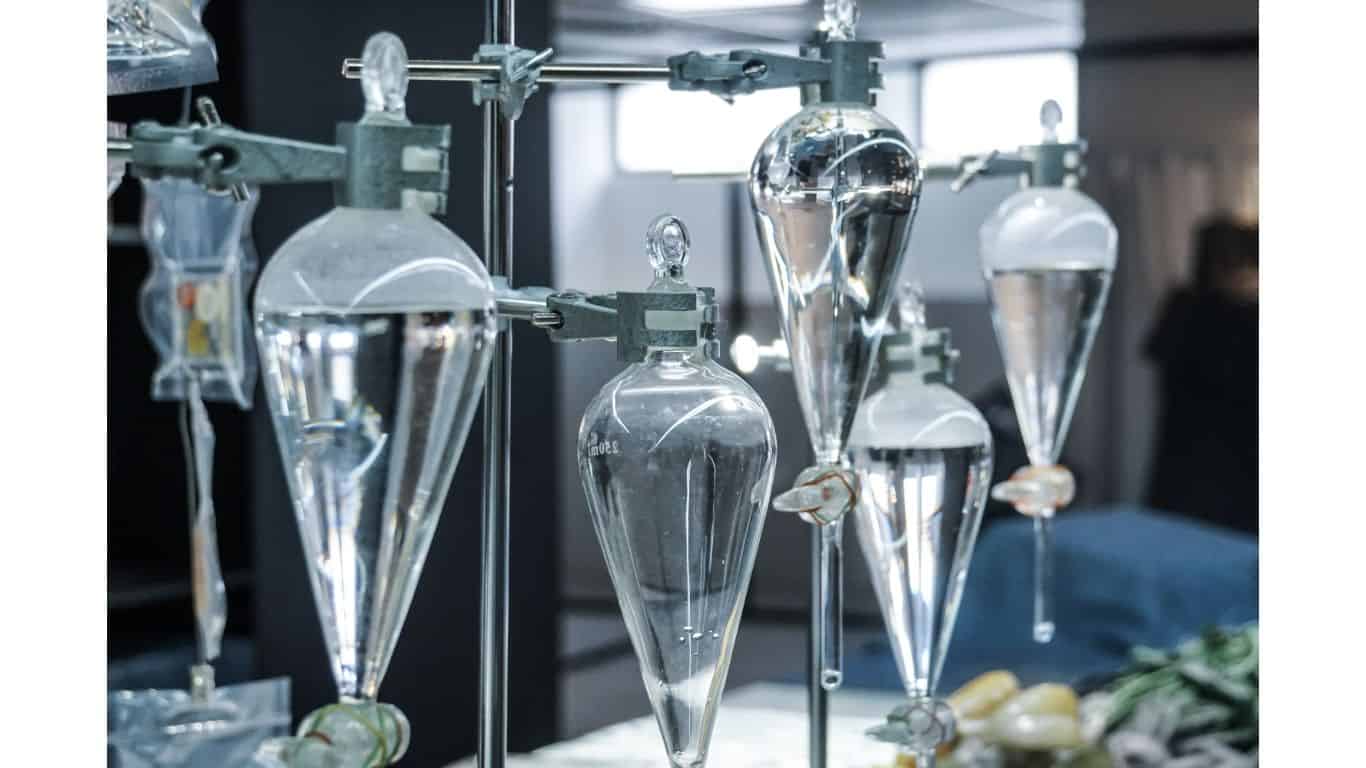 How Do You Know if Distilled Water Has Gone Bad?

If you have a suspicion that your distilled water has gone bad, there are some ways to check. Often, the best practice is that if you think something is wrong with the water, dump it out.

The risk of it making you sick outweighs its usefulness.

Heated plastic may give off chemicals, and when they leach into your water, it’s probably not a good idea to use it, especially for drinking water. Using it in an appliance isn’t a good idea, as those chemicals might prove damaging. 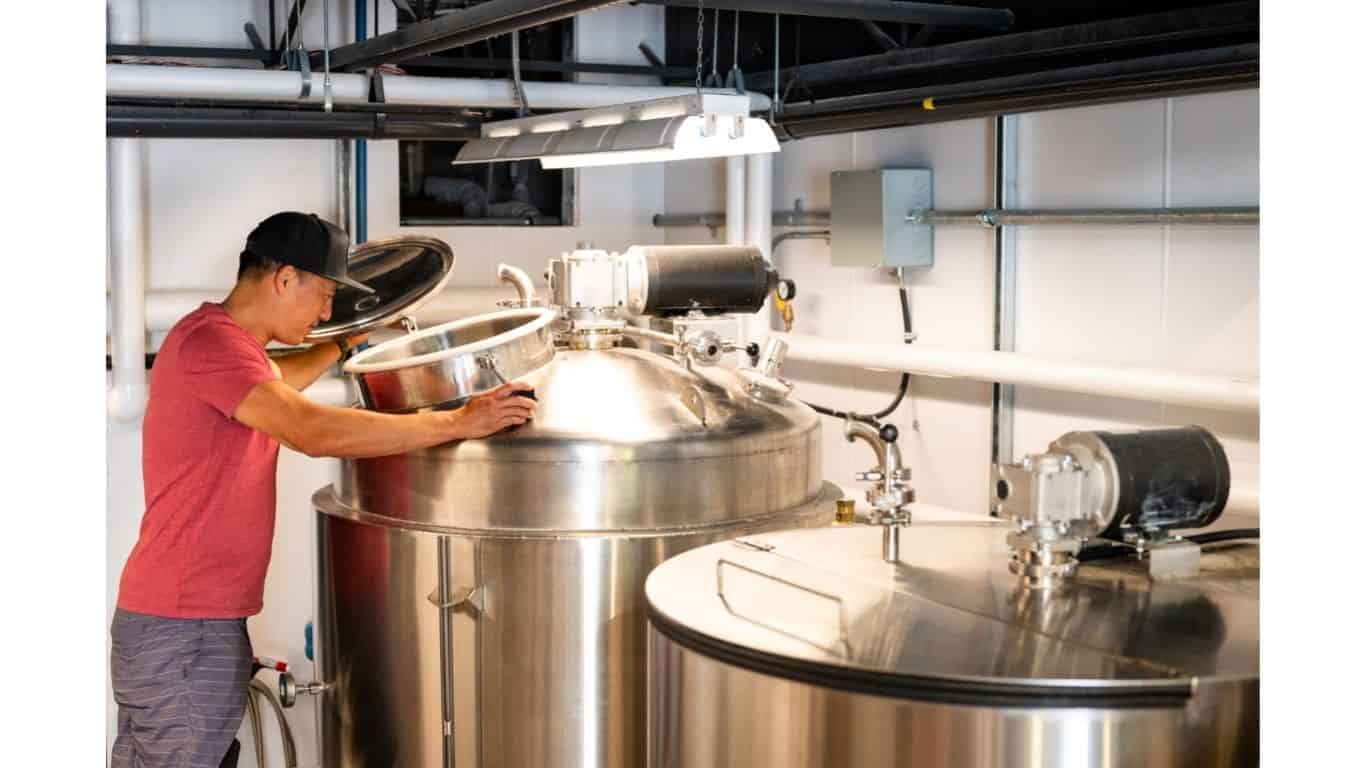 If your distilled water has a foul or chemical odor, don’t drink it.

It’s probably not even safe to use in an appliance. Any sort of smell is an indicator that something has gone wrong and that the water is not fit for use.

Related:  Does Parmesan Cheese Need to Be Refrigerated? 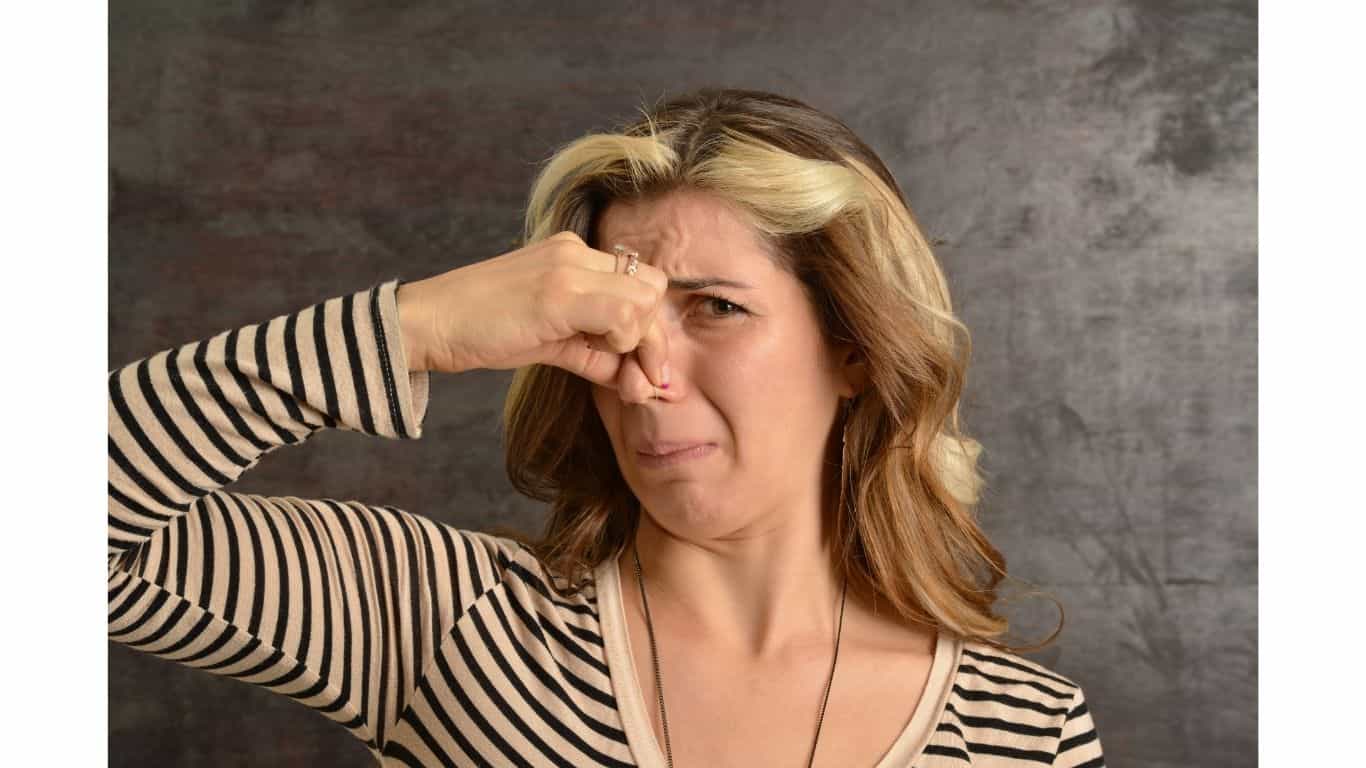 If your distilled water is tinted green or blue, or you see a bluish-green film on the inside of the bottle, it’s likely been contaminated.

The introduction of contaminants, viruses, dirt, or bacteria may lead to algae growth, and it’s even more likely in sunny conditions.

So, store your distilled water in a dark place, and don’t open the containers more than absolutely necessary. 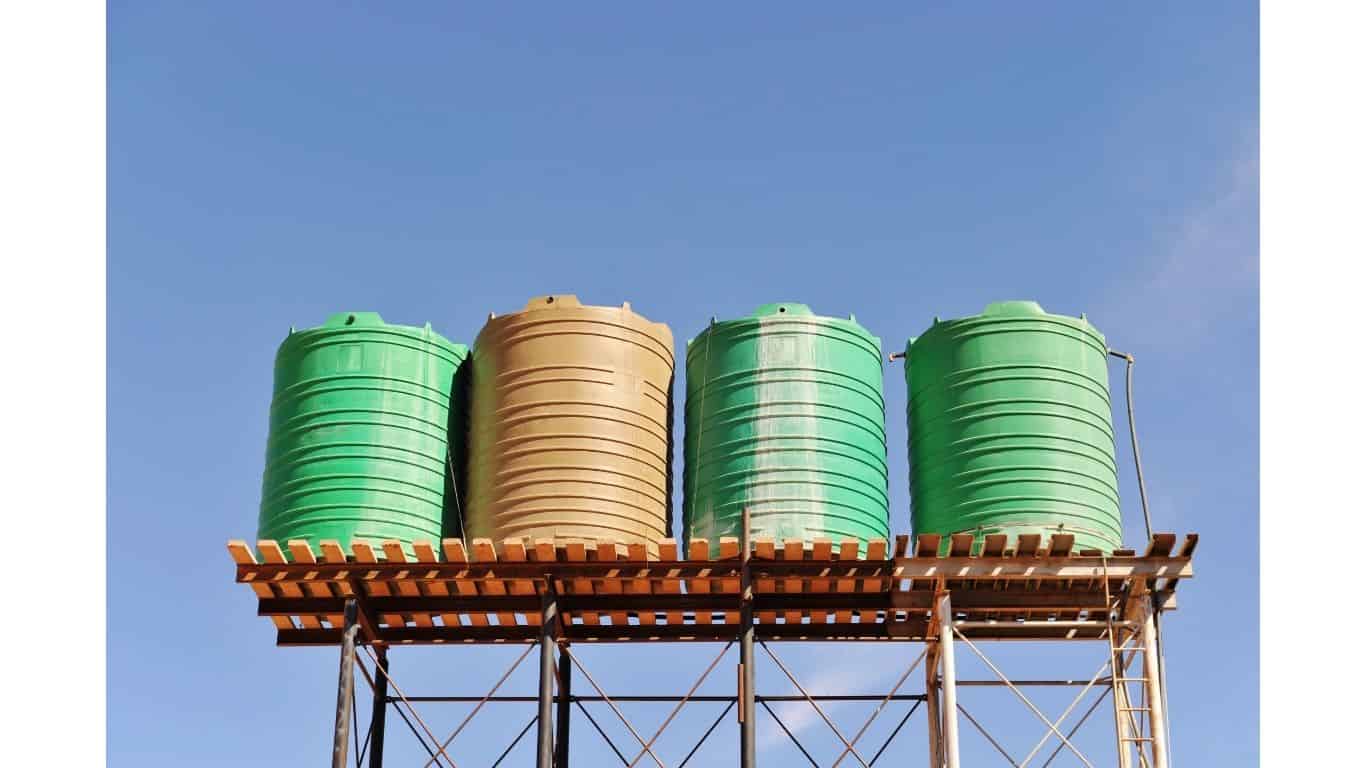