Pretty much everyone knows that you can freeze water. There’s even a word for the resulting substance: ice. What’s less obvious to most is whether or not you can freeze carbonated water.

The short answer is “yes,” but it’s a little complicated.

While it’s all but impossible for bubbly beverages like soda water and soft drinks to freeze solid and then thaw without losing most of their carbonation along the way, these drinks will still make the one-way transformation into ice just as well as ordinary water.

The trick is knowing how to put the big chill on them in a way that doesn’t leave you with a gigantic mess to clean up.

What Happens to Water When You Freeze It?

Freezing water causes it to become cold. More specifically, it causes the water molecules to release stored thermal energy in the form of heat.

This loss of thermal energy results in the slowing of the molecules, which ordinarily move around one another freely at higher temperatures. This is what gives liquids their characteristic fluidity.

Eventually, the molecules slow down to the point where they stop moving altogether. That’s why the word “frozen” has the connotation of meaning “still” as well as “really cold.”

Cooling isn’t all that occurs, though.

Water also expands when it freezes, a counterintuitive behavior that very few other substances exhibit. At the risk of getting too sciency, this expansion has to do with the peculiar bonding properties of water’s constituent elements, hydrogen and oxygen.

Under normal conditions, water expands to about 9% of its original volume when it drops below its 32℉ (0℃) freezing threshold.

Related:  Can You Refreeze Spaghetti Sauce? (And How-To)

If you’ve ever stuck a canned or bottled beverage in the freezer and promptly forgotten about it, only to come back later and discover that it had exploded, this phenomenon was to blame. The liquid grew larger as it changed into a solid until suddenly there wasn’t enough room for it all in the container.

On that note, let’s go over how to convert carbonated water into ice without having to scrub out your freezer afterward. 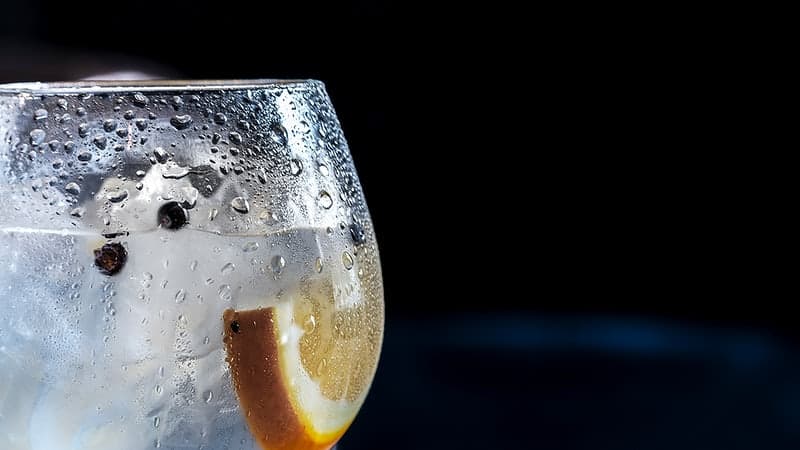 How to Freeze Carbonated Water Successfully

The following steps will work equally well whether you’re attempting to freeze plain old sparkling water or carbonated beverages like soft drinks, kombucha, or even beer.

Step One: Select a Suitable Container

The easiest way to freeze most carbonated drinks is to simply leave them in the containers they came in. Just be sure to heed the instructions laid out in Step Two to prevent mishaps.

Ice cube trays are another useful and convenient option, especially if you’re only looking to freeze small quantities of liquid. They come in a dizzying variety of shapes and sizes and can usually be purchased for a few dollars.

Whatever you do, avoid freezing water—or any other type of fluid, for that matter—in glass containers. The pressure generated by its expansion could be enough to crack the glass, creating a safety hazard and leaving you with one less piece of drinkware.

Begin pouring in your carbonated decoction a little at a time to keep the fizz to a minimum. Rather than filling your container to the brim, however, leave the top 10% or so empty.

If you were filling an ice cube tray with standard one-ounce compartments, for example, you would add approximately .9oz of liquid to each slot.

This crucial allowance will give the liquid the space it needs to expand without overflowing the confines of the container or damaging it as it pushes outward.

Step Three: Place the Container in the Freezer

All that’s left to do now is pop your container in the icebox and let the frigid environment do its thing. Depending on the total volume of the liquid you’re working with, it should be fully frozen in around 2-4 hours. 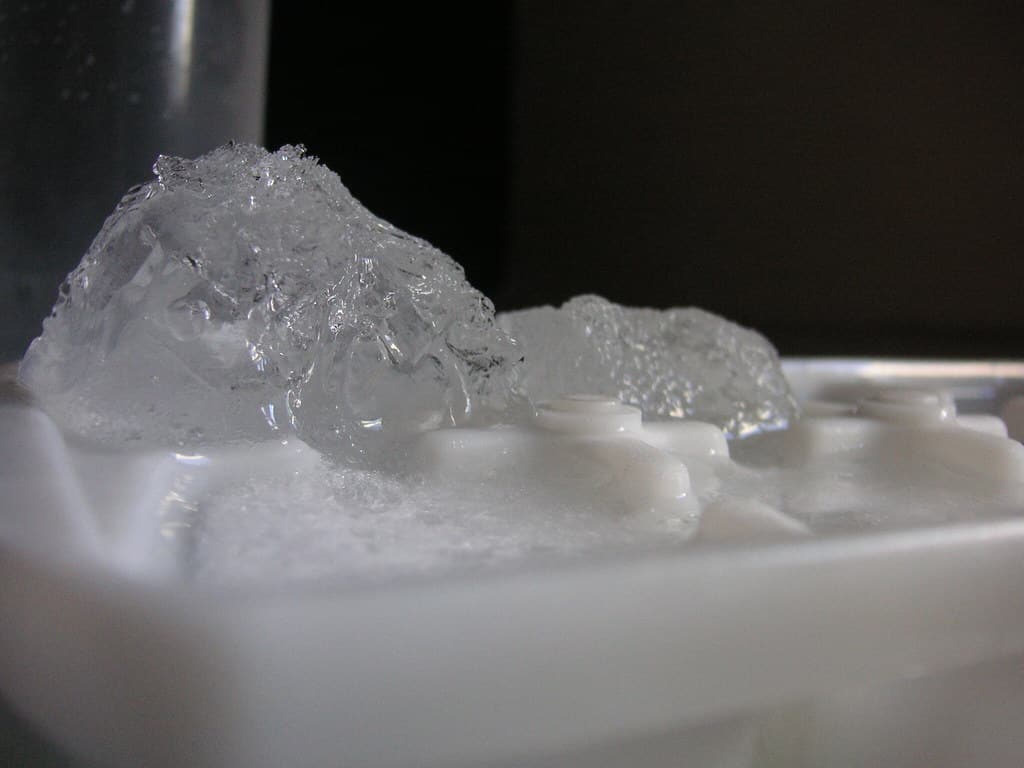 Should You Freeze Carbonated Water?

The question “Can you freeze carbonated water?” is a fairly easy one to answer, as you’ve seen. Whether or not you should, however, is another matter entirely.

Maybe you went a little sale-happy and accidentally bought too much La Croix during your last trip to the supermarket. Or perhaps you just stumbled upon a delectable-looking recipe for ginger ale ice cubes on Pinterest and want to try them in a lively cocktail.

Either way, you’re wondering how well your fizzy refreshments will fare in the freezer.

The truth is, it won’t work well in most cases.

As water freezes and expands, it tends to force out any substances that have been dissolved into it, including carbon dioxide. It’s therefore very likely that you’ll find your beverage has gone disappointingly flat upon returning to a liquid.

Fortunately, soft drinks, soda water, and other carbonated beverages do just fine when stored at room temperature, so there’s no need to freeze them unless you’re planning on using them in a special capacity. 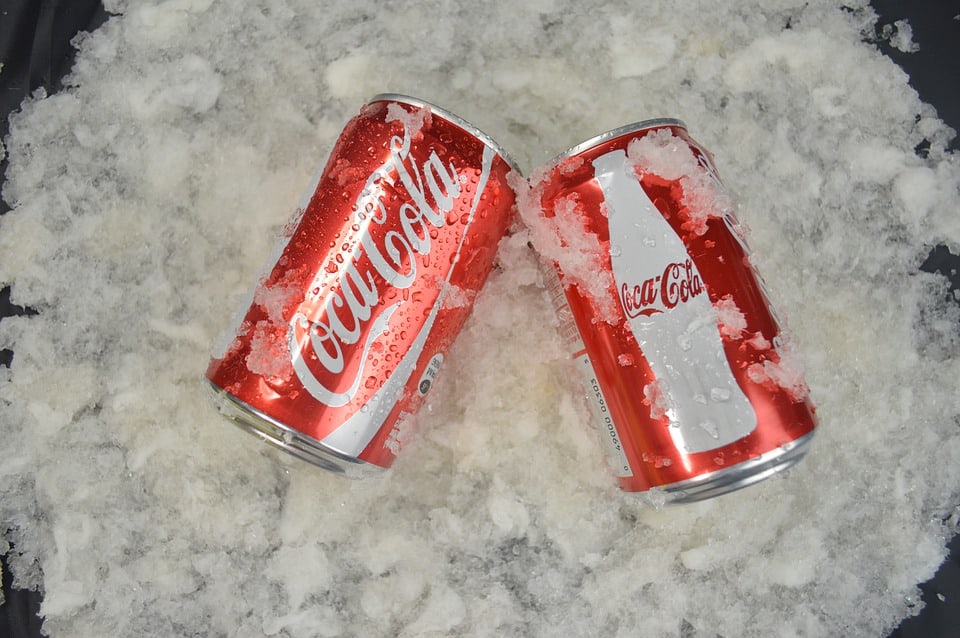 Below, you’ll find answers to a few commonly asked questions about carbonated water and its suitability for freezing.

Put it in the fridge. That way, you’ll have a nice cold drink awaiting you the next time you get thirsty. If your refrigerator space is limited, it’s perfectly fine to keep sealed containers at room temperature.

Do carbonated beverages lose their carbonation when frozen?

Unfortunately, yes. Freezing and subsequently thawing carbonated drinks is a surefire way to kill their buzz, so to speak. If you open a container of seltzer as it nears its freezing point, you can even hear the hiss of the CO2 as it escapes from the ice.

Will carbonated water explode if I put it in the freezer?

Not if you make a point of providing adequate room for expansion before putting it in. So long as you abide by this one simple guideline, you’ll have nothing to worry about.

To summarize our findings, carbonated water freezes almost exactly like regular water, but it will forfeit most or all of its effervescence in the process. As such, you should only give it the freezer treatment if you intend to use it in its solid state.

Otherwise, you’re just looking at a flat, lifeless liquid that’s been robbed of much of its original appeal.