How long does it take for water to freeze? That can depend a great deal on several variables, including the temperature of the water, the environment it’s in, and the amount of water present.

Generally speaking, water in an ice tray will start freezing after an hour of exposure to at least 32 degrees Fahrenheit. After three or four hours, the water should be completely frozen.

A lake or a more extensive body of water will take much longer to freeze. It can take an average of four or five days of below-freezing temperatures for a large body of water to freeze to a reasonable thickness.

Frankly, there are several factors to consider when asking how long it takes for water to freeze.

How Fast Will Water Freeze in the Freezer?

Considering that most freezers sit at or below zero degrees Fahrenheit, it usually takes water one to two hours to freeze.

If the water is in ice cube trays, it should take about one hour for the ice to form. It will likely take closer to four hours for the water to freeze completely and provide solid ice cubes.

Depending on the water temperature in the trays, the freezing process may vary. Water that is very hot or very cold will freeze faster than lukewarm water.

The amount of water present will also play a role in how long it takes to freeze. It may seem like common sense, but more water will take longer to freeze. This means more oversized ice cube trays may take more than one or two hours to form ice.

Related:  Can You Freeze Oreos?

How Fast Will a Water Bottle Freeze?

A water bottle should take four to five hours to freeze completely. Depending on the size of the water bottle, this number might vary slightly. However, regular-sized water bottles should stick to this time reasonably closely.

Since freezers usually sit at zero degrees Fahrenheit, it’s essential to understand that water outside will freeze at a much different rate than water in a freezer.

Generally, the freezing point for water is considered 32 degrees Fahrenheit (or zero degrees Celsius). Once the temperature falls below 32 degrees, water begins turning to ice. Heat is released as this process occurs, and eventually, the water turns to solid ice.

Placing a water bottle outside when the temperatures fall below 32 degrees is a good science experiment. Check on it every hour to see what state it’s in, and keep track of each development as it turns into ice. 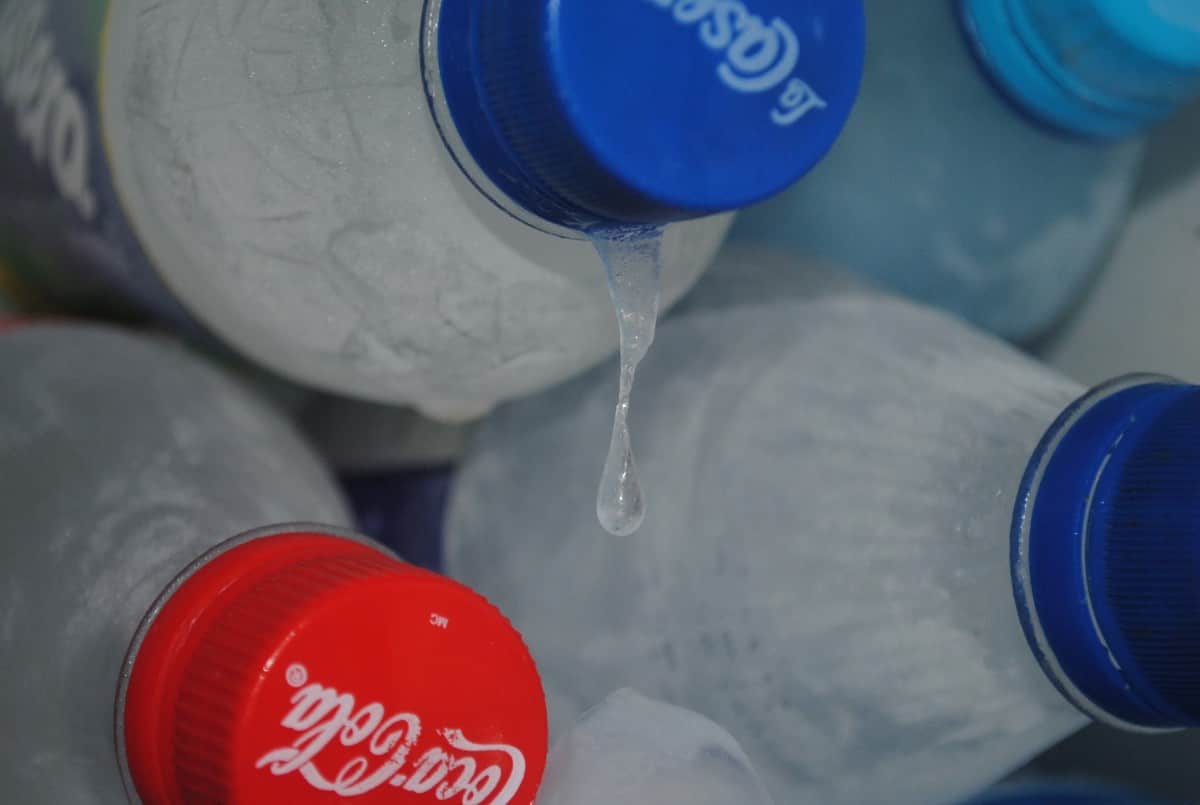 How Can Water Freeze Faster?

There are a few ways to boost the speed of freezing water. Increasing the freezing speed might not always be necessary, but it might be nice to have a few tips and tricks ready to go if a party comes up unexpectedly.

Freezing water in a metal container should help the water freeze faster. Since metal conducts heat better than plastic, it moves the heat away from the water quicker than a plastic container can.

Since hot water can sometimes freeze faster than cool water, try boiling it before putting it in the freezer trays.

An obvious way to increase the rate at which water freezes is to adjust the freezer temperature. Turn it low, allow it to reach that low temperature, and then place the ice trays inside. Avoid opening the door often, as this will slow down the process.

How Long Does it Take to Freeze Large Bodies of Water?

While water can freeze pretty quickly in an ice tray in the freezer, natural bodies of water take a little longer.

Depending on how big the lake is and how consistent the cold days are, it takes anywhere from four to fifteen days.

The problem is that the lake will begin to freeze after a day or two of below-freezing temperatures. However, the thin layer of ice developing on the surface hides the unfrozen water that still exists in the lake’s depths.

Can You Refreeze Ice Pops?

After four days of consistently freezing or below-freezing temperatures, the lake should be at a suitable thickness for ice skating or similar endeavors.

A general rule of thumb is that a lake will add about one inch of ice for every fifteen freezing days in a row.

The best thing to do is check the thickness of the ice before heading out on it. If the days spent below freezing temperatures were interrupted by one slightly warmer day, this could severely impact the depth of ice that develops. In this particular circumstance, it’s much better to be safe than sorry, cold, and wet. 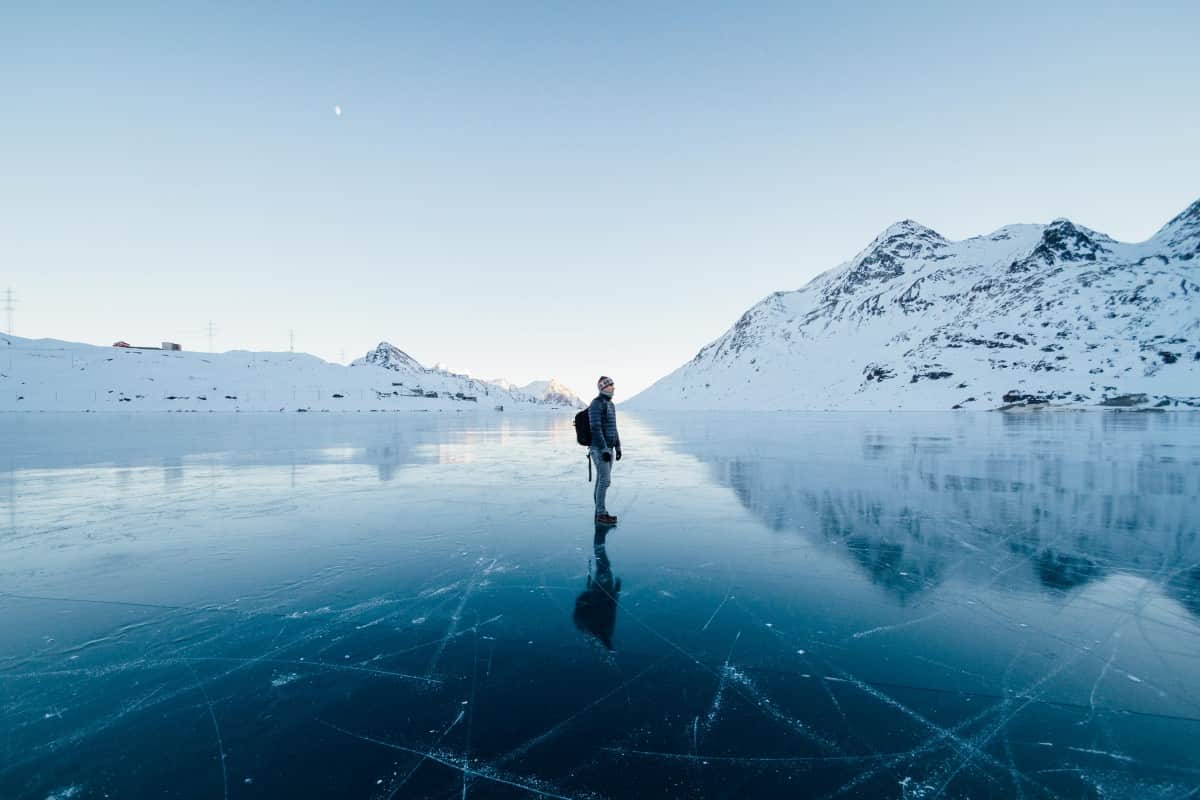 The process of freezing water is a little more extensive than one might expect. There are a few related questions worth considering before ending the discussion.

Yes, hot water can freeze faster than cool water in some cases. The phenomenon is called the Mpemba effect, and the theory revolves around hot water evaporation. Since it’s evaporating, there is less water to freeze, and so it freezes faster.

Does water freeze faster than other liquids? 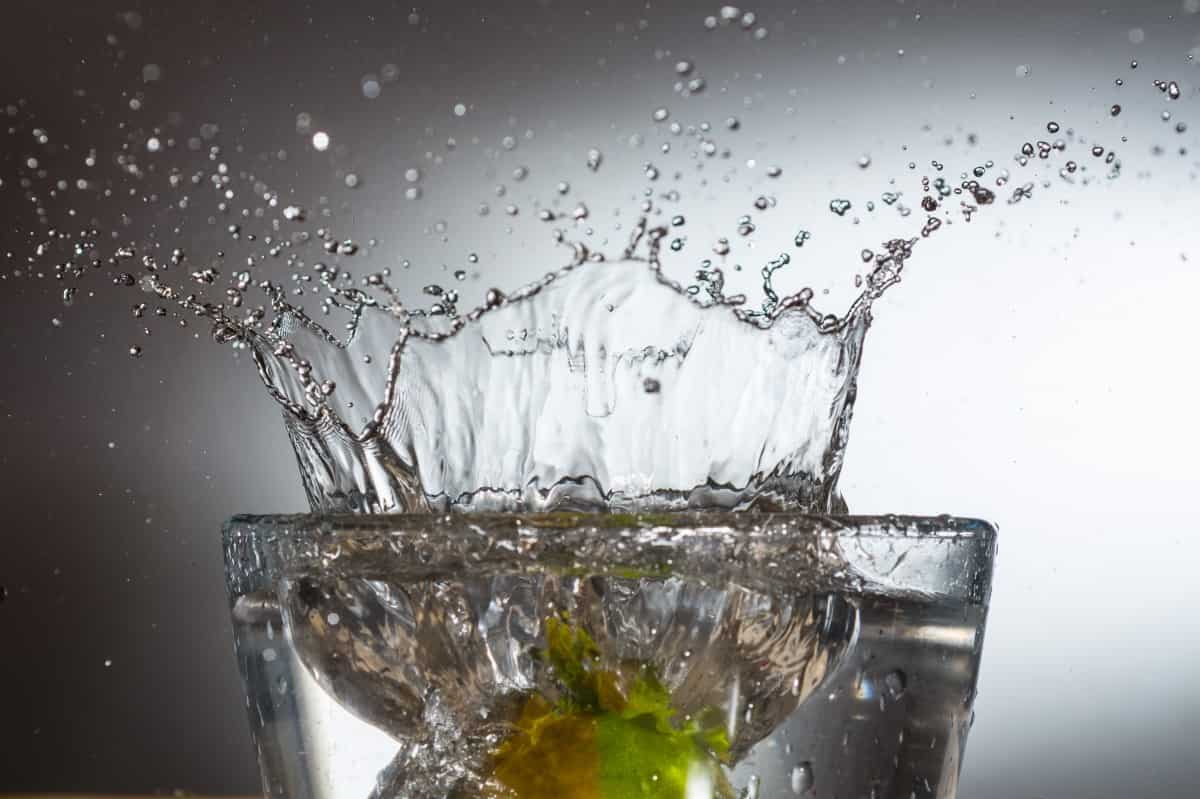 The invention of the freezer probably changed the direction of humanity. The ability to quickly and conveniently make ice whenever needed is an ability people often take for granted.

Although it can take an hour or two to get the ice started, it certainly goes faster than putting a pail of water outside in the winter and waiting for the best.

How to Prevent Pasta from Sticking Together – Practical Cooks

[…] the right amount of water is critical because the levels will drop through quick evaporation, and the pasta takes in the […]